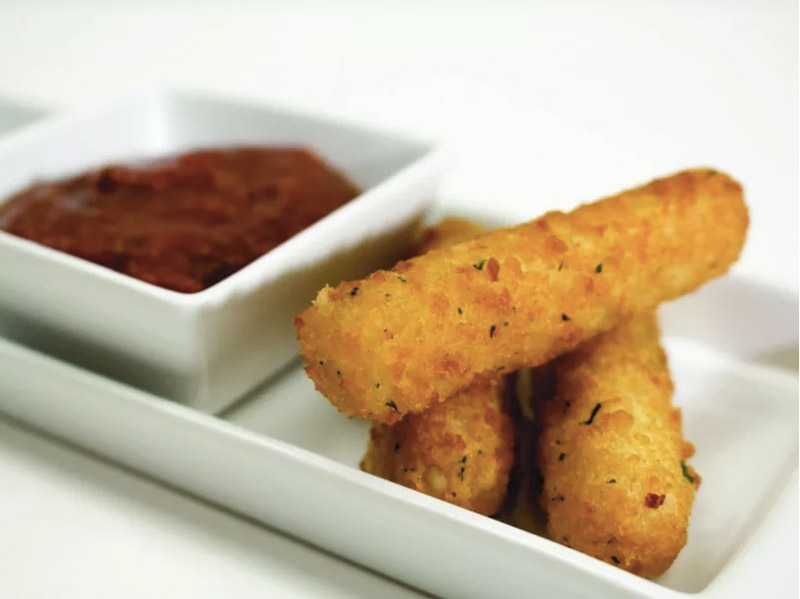 Fast food restaurant McDonald’s recently exhanged their Dollar Menu for the McPick 2 Menu and the All Day Breakfast menu. (Courtesy of McDonald’s)

By William Thorne and Sebastian Torrelio

At this point in the fast-food game of life, McDonald’s is undergoing a serious mood change. In recent months, the golden arches have torn down their famous Dollar Menu in exchange for the McPick 2 Menu and the long-rumored All Day Breakfast menu.

But are these new McDonald’s fan services a burgeoning burger revolution or a hollow cry for fried desperation? A&E columnists Sebastian Torrelio and William Thorne discuss whether they’re lovin’ it or hatin’ it on this week’s “Love | Hate.”

As a precursor to this conversation, I need to point out that McDonald’s, as of the turn of the new year, is clearly doing something right. All Day Breakfast increased McDonald’s sales in the U.S. by 5.7 percent last quarter, and up 5 percent worldwide. That’s an incredible feat for a franchise that appeared to be falling out of style these last few years.

But in truth, McDonald’s has been undergoing more positive changes than anyone has come to recognize. The “Create Your Taste” promotion lets anyone create any type of burger they want from scratch, and they even started frying McMuffins in real butter, rather than margarine.

McDonald’s is not an acquired taste or even an exemplary taste – it’s an appeal that everyone accepts is decent enough and is awfully cheap. Do I absolutely love McDonald’s? Gosh, no. But I do recognize that the reinvention it has been undertaking through the All Day Breakfast menu is something special, bringing them back to the forefront of an undervalued business.

I’ve also found myself clinging more and more to the idea of the new McPick 2 Menu. I can now get the perfect combination of a McDouble and a McChicken for $2, or if I so please, two McDoubles for $2. It’s impossible to lose.

These menus will probably not make new fanatics rush to the nearest drive-through, but the hip experimentation definitely isn’t turning anyone away. Now, go buy an Egg McMuffin with hash browns. It doesn’t matter what time you’re reading this – we live in a glorious future now.

When McDonald’s customer Chris Howe sat down to his meal on Christmas Eve, he was treated to a big fat lie instead of a fat Big Mac. His mozzarella sticks were filled with nonsense, not “100 percent real cheese.”

When he bit into his sticks, he discovered them to be crammed full of cheap substitute and filler, rather than the “100 percent real cheese” the company advertised. Howe is now reportedly seeking $5 million in damages for the mozzarella misdemeanor, filing a lawsuit on behalf of all Californians who have purchased the product.

I believe Howe’s recent displeasure is symptomatic of a wider McDonald’s malaise.

Last year, the company’s CEO Steve Easterbrook implemented his plan to turn things around after a recent financial decline.

The changes heralded the arrival of the All Day Breakfast menu and an increase in digital ordering kiosks in a bid to cut costs and staff. However, both measures have garnered criticism from within the company, as they apparently both detract from the restaurant’s core values of food quality and customer service. Who knew?

I must confess I have never been a fan of McDonald’s – the plastic-looking cheeses put me off at a young age – but it looks like the company is really at a low point.

In my view, the infighting is completely justified. McDonald’s policies and menus are changing too often; the lack of consistency could well be interpreted as a desperate attempt to find a winning formula.

The All Day Breakfast menu is definitely not the answer.

When I tried the menu’s Sausage McMuffin at a drive-through near Big Bear Lake, I was sorely tempted to open my window and toss out the pathetic excuse for breakfast. Fortunately my ecological consciousness stopped me. The soggy McMuffin ended up in a trash can instead of the lake.

If by some unlikely quirk of fate I am summoned as a witness for Mr. Howe’s lawsuit, I will be only too happy to testify. Mr. Howe is right: McDonald’s failed to provide the cheese, the whole cheese and nothing but the cheese.