A Wee Adventure: On the Holy Island of Lindisfarne 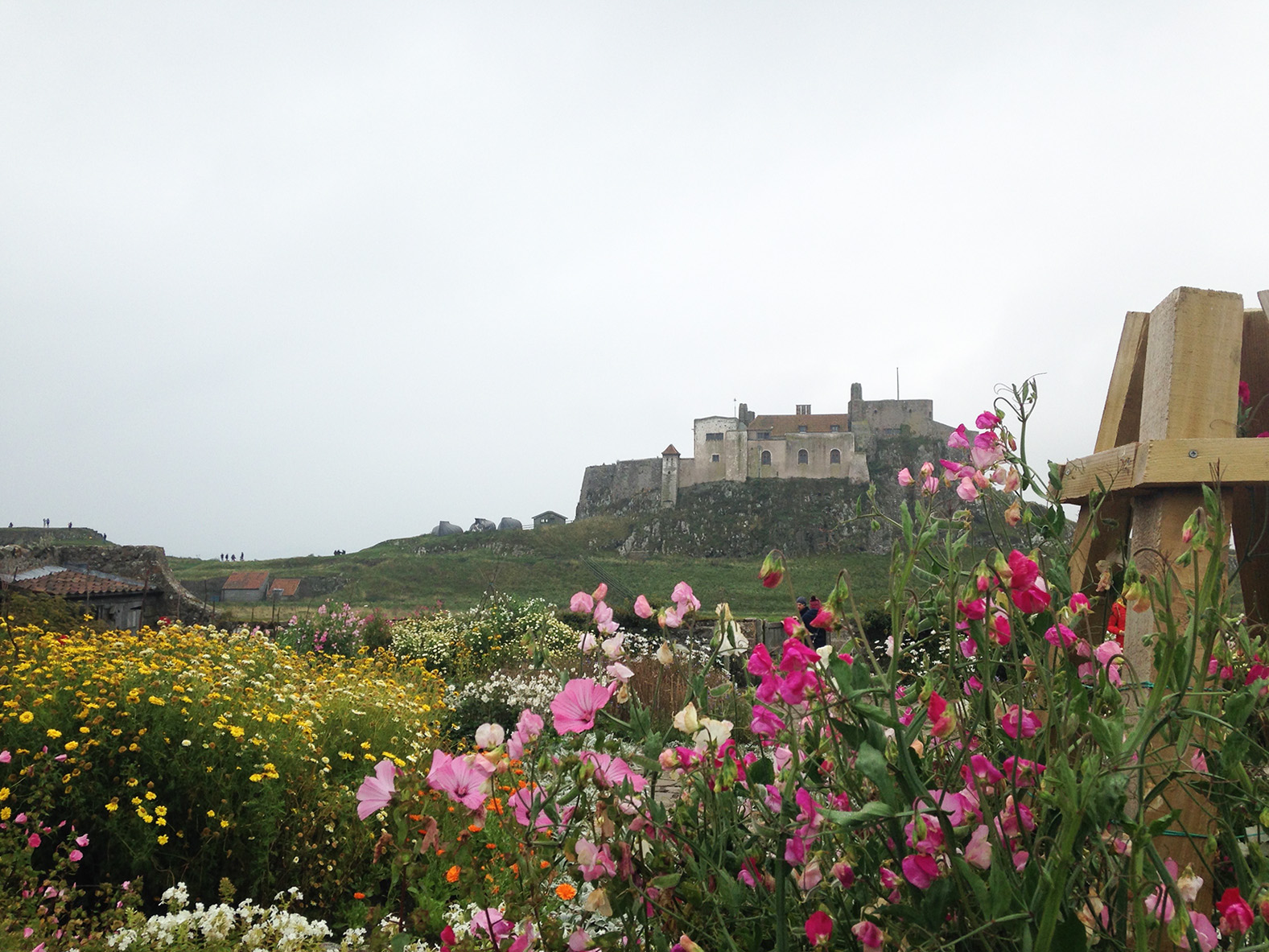 Located off the shore of England’s Northumberland, the Lindisfarne Castle was originally a military fort in the 16th century until it was abandoned and turned into a family vacation home. (Maryrose Kulick/Daily Bruin senior staff)

Since living in the United Kingdom, I have quickly learned that it is hard to go anywhere without seeing a castle.

While these European staples are undeniably magnificent, sometimes it’s the journey to find them that makes them all the more alluring.

In my first trip across the border from Scotland to England, I found myself packed into a bus from Edinburgh on our way to the Holy Island of Lindisfarne.

Located just off the shore of England’s Northumberland region, Lindisfarne is only accessible over a causeway during low tide.

Upon our approach to the island, a bright sign in flashing orange letters told us to check tide tables for safe crossing times. Danger signs also decorated the causeway, providing some less than cheerful warnings. Surrounding us on either side were shallow puddles – remnants of the most recent high tide that would have blocked our path.

But our timing was advantageous, and we arrived on the island safe and dry. It was only after exiting the bus that we were reminded of the U.K.’s notoriously cold climate. In the distance, Lindisfarne Castle could be seen sitting atop a lone hill and shrouded in a layer of fog.

Rather than sitting in the cold and waiting for a shuttle bus, a group of friends and I decided to make a 20-minute trek up to the castle on foot in hopes that the exercise would help us warm up.

On our walk, we noticed that throughout much of the island, herds of white sheep grazed in expansive green fields. These fluffy creatures had my friends and me especially excited. I for one yelled the word “sheep” quite expressively, and we all became quintessential tourists, pulling out our camera phones to take pictures. Only they immediately ran away from us, probably disgusted.

I promise I’ve seen sheep before.

As we made our way up to the base of the castle, we first decided to wander around the adjacent scenery and shoreline.

One path just below the castle led to a small garden surrounded by stone walls. Within, the garden gave us a view of the castle that introduced splashes of orange, yellow, pink and many more colors into the landscape, appearing particularly vibrant in contrast with the dreary day.

From there, our walk brought us to a rocky shoreline where, rather than sandcastles, people had built hundreds of cairns – a Scottish word for stacks of stones. Upon further research, I found that cairns along shorelines have often been used to help sailors with navigation.

A few of us added to the beach’s collection, until we finally started to make our way to the main attraction: Lindisfarne Castle.

The castle was built in the 16th century originally as a military fort until it was later discovered to be abandoned and converted into a family vacation home. Inside the castle walls, the furnishings are decorated to make it seem as though a 20th century family were living there today.

Overall a quaint and homely destination, the castle also provided spectacular landscape views, completing my overall impression of Lindisfarne as a noteworthy gem of the British Isles.

On our hike back into Lindisfarne’s village, we stopped for a lunch of sandwiches and scones before heading to a local mead shop to taste its take on fermented honey. Having never tried it before, I was pleasantly surprised by the sweet flavor and ended up with a bottle of my own.

The village is minuscule in size, so we had enough time to complete our day at the island’s priory, which are ruins of an old monk monastery. The roof was missing and only the crumbly stone walls, a few statues and a grassy center remained. The occasional stairwell could be found. They all led to nowhere, but still, it was fun to climb the steps and imagine living the life of a 12th century monk.

As we made our way back to the bus to head home, the sun had finally broken through the clouds, but by then I had forgotten all about the cold.