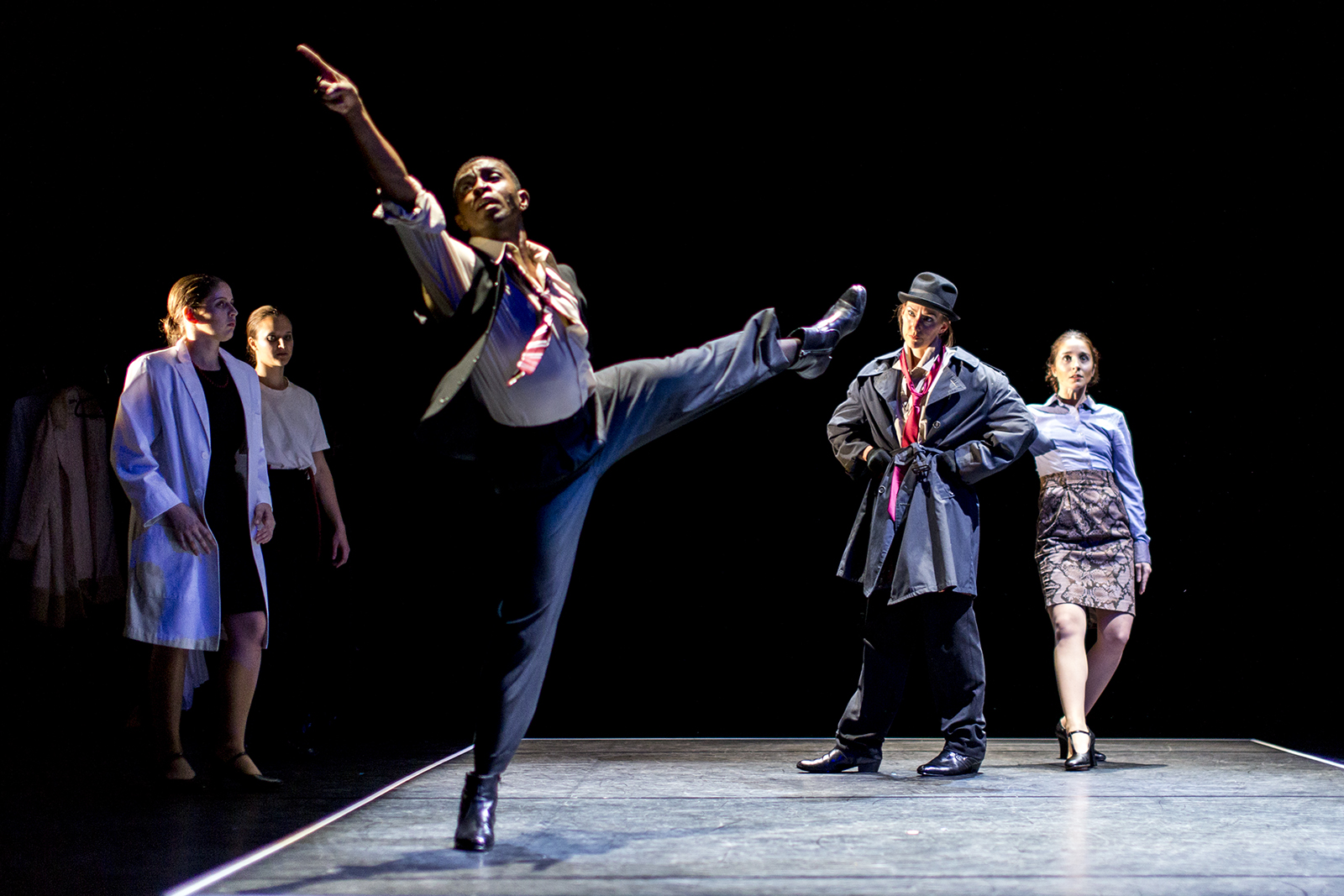 “Hidden Choreographies,” a collaboration between the UCLA School of Theater, Film and Television and the Department of World Arts and Cultures/Dance, will take place Thursday and Friday at Glorya Kaufman Hall. (Jintak Han/Daily Bruin)

World arts and cultures/dance Regents’ Professor Lea Anderson sees the movements of our daily lives as a type of choreography, including simply getting dressed in the morning.

“There are these little codified movement sequences that I recognize because I’m looking at everything in terms of movement,” Anderson said. “After doing this for 30 years, I’ve become almost tunnel-visioned in my view of the world.”

Anderson, a renowned choreographer based in London, is the first regents’ professor for the world arts and cultures/dance department and has directed the first collaboration between UCLA’s School of Theater, Film and Television and the Department of World Arts and Cultures/Dance, “Hidden Choreographies.” The performances will take place on Thursday and Friday at 8 p.m. in Glorya Kaufman Hall.

“Hidden Choreographies” is a collaboration between the costume and design students from the Department of Theater at TFT and world arts and cultures/dance students. Anderson said the performance is meant to reveal the action that usually takes place behind the scenes of a production, and to reveal what is a lost choreography found in Rainer Werner Fassbinder’s film “Veronika Voss.”

“The whole design team from TFT was working very closely together with the choreographer,” said Ruoxuan Li, a costume design graduate student in TFT. “If you go to see the piece, you’ll get to see how well (the elements have) all evolved together and how they’ve all engaged together and tell a story at the same time.”

Anderson said the performance looks to reveal the action that usually takes place backstage during a production. The costume changes, technical moves, prop handling and preparation of the dancers is included in the main choreography that is seen onstage.

“It reveals things that the audience wouldn’t normally see, yet delineates between the main action of the piece,” Anderson said.

Anderson said she was invited to UCLA by world arts and cultures professor Susan Foster, who was excited by Anderson’s upcoming London exhibition where dancers will model costume pieces, showing how the clothing should move. Anderson said that Foster wondered if this idea could be used as an opportunity to make new collaborations and connections within departments here at UCLA.

“I like to misread (Fassbinder’s film) as a lost choreography of an artist who is in fact, I believe, a choreographer that the rest of the world has misunderstood as a film director,” Anderson said.

Students were told to watch “Veronika Voss” and analyze the more than 200 fragments of footage that were edited together to create the film. The dancers’ interpretations of the camera movements were then used to unveil the lost choreography of Fassbinder’s film as part of the central choreography of “Hidden Choreographies,” Anderson said. Projections and lighting designs were crafted for the production by TFT students, and Anderson said costumes were created to be used in a way that adds meaning to movement.

Anderson said “Hidden Choreographies” is taking on a life of its own, and that the students and her are still discovering what they have created with the piece, especially in the midst of their week of tech and dress rehearsals.

“Right now, I’m hoping that (because of ‘Hidden Choreographies’) people will look differently at movement sequences and maybe see dance as a much broader category than just leaping and pirouetting and doing things that are more recognizably dance steps,” Anderson said. “And maybe they might look around and see behavior as a dance, a uniquely human dance.”

Correction: “Hidden Choreographies” is a collaboration between costume and design students from the Department of Theater in TFT, not the costume, design and theater departments of TFT. Susan Foster is a world arts and cultures professor, not TFT.