Across the Pond: The Smiths’ Johnny Marr furthers legendary career through solo tour 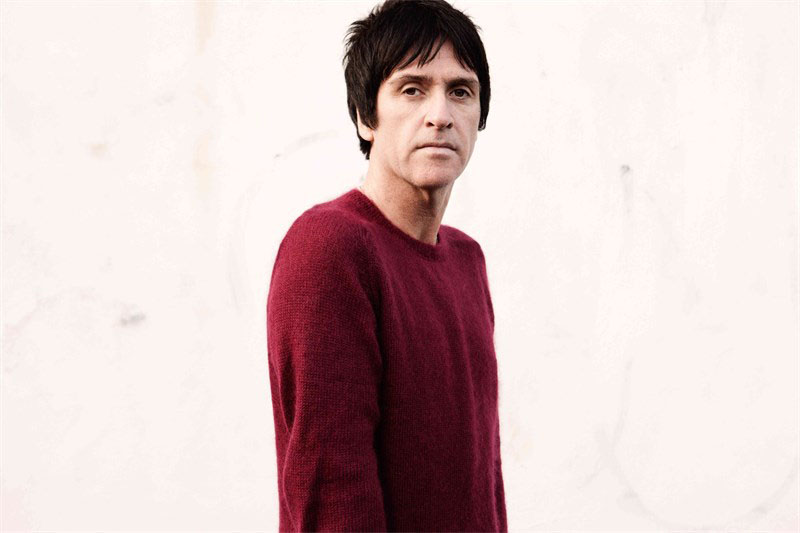 Guitarist and founding member of the seminal ’80s indie rock band The Smiths, Johnny Marr has reinvented his image since his days in the shadow of Morrissey. Marr will perform at the El Rey Theatre Dec. 19 and 20.
(Warner Brothers Records UK)

Coachella 2013 felt like a British re-invasion, with The Stone Roses and Blur headlining the first day. A host of other acts, ranging from Alt-J, James Blake, The xx, Franz Ferdinand, New Order and Jake Bugg, were scattered throughout the three-day festival. Hidden among these artists was Johnny Marr, who played a smaller set at the Mojave Tent, away from the fanfare of the main stage.

If one were to link the wide variety of British acts that performed at Coachella that year, Jonny Marr and the influence of his band, The Smiths, would have been the unifying factor. Casting aside that The Smiths probably stand in an elite group of bands who have achieved monumental success despite being truly independent, Marr’s guitar playing has influenced countless numbers of acclaimed modern artists, from Oasis’ Gallagher brothers to Pete Doherty of The Libertines.

For someone so influential and critically lauded, Marr’s low-key set at the Mojave Tent at Coachella seemed almost a disservice to the legendary guitarist. Marr managed to buoy the small but passionate crowd, unlike headliner and ’80s band The Stone Roses, who struggled to captivate a larger audience with their set on the main stage. It was clear that Marr’s enthused audience – aware of the immense influence of The Smiths on music – appreciated the magnitude of having someone of his stature perform in Indio.

In the time following The Smiths’ disbandment, Marr has kept himself busy, playing with Modest Mouse and the Cribs in addition to releasing two solo albums. His new album, “Playland,” released two months ago, paved the way for his tour of the U.S., with a stop at the El Rey Theatre in Los Angeles on Dec. 19 and 20.

Marr’s solo sets incorporate Smiths classics such as “There is a Light That Never Goes Out” and “Please, Please, Please, Let Me Get What I Want” along with new material from his solo albums, “Playland” and “The Messenger.” Even though Morrissey is not on hand to provide vocals, Marr would sing along while playing the guitar. Marr is still able to captivate the audience through his surprisingly decent vocals despite not having the vocal charisma of Morrissey.

The Smiths’ four albums, released on the indie record label Rough Trade Records, all achieved mainstream success in the U.K., charting no less than at No. 2. In 2002, NME named them as its most influential artist of all time. Their impact resonates deeply through the British music scene, whether through inspiring The Stone Roses and Oasis – who in turn influenced more modern bands such as the Arctic Monkeys, Franz Ferdinand and The Libertines – or through changing the way independent music is viewed in the U.K.

In 1984, the group built its success on Marr’s now famous jangly guitar sounds and singer Morrissey’s hyper dramatic lyrics on love, breakups, isolation and sadness. Marr and Morrissey, like many great songwriting duos before them, envisioned large, euphoric tunes in their head, which Marr would attempt to play on his guitar. In terms of creating guitar music that was technical, while still maintaining a certain pop sensibility, Marr was unparalleled.

There aren’t many undisputed legends of indie rock still performing as prolifically as Marr, and for those looking for a masterclass in guitar-rock, Marr’s L.A. performance at the El Rey Theatre is one that cannot be missed.