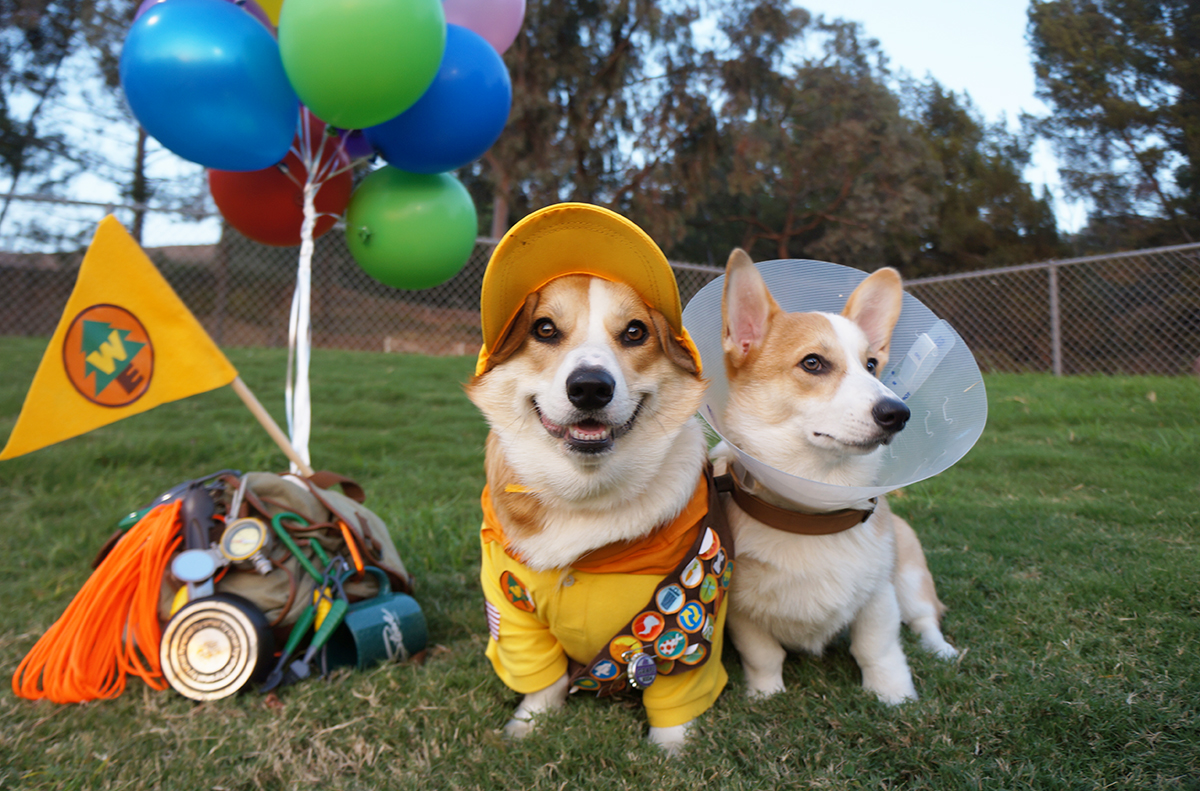 A new pair of furry celebrities has joined the Internet animal hall of fame alongside the Grumpy Cat and Doge: Corgnelius and Stumphrey.

These two corgis, who just passed 50,000 likes on their Facebook page, are regulars on the Internet. After several years of starring in their own blog, Facebook page and Instagram, they are going to be featured in a book written and illustrated by their owner, Susie Brooks. The book, titled “The Life of Corgnelius and Stumphrey: The Cutest Corgis in the World,” will be released in August.

Brooks, a UCLA alumna who graduated in 2007, is an assistant at the UCLA School of Dentistry. While Brooks was growing up, her family always had a lot of dogs, but in 2012 she welcomed her own corgi, Corgnelius, and, soon after, a second, Stumphrey, into her life. Like many dog owners, she immediately started posting photos of her new pets on her personal Facebook account.

“I posted so many photos and some of my friends got so annoyed that they asked me to find another outlet for my corgi obsession, which is when I started my Tumblr,” Brooks said.

Brooks’ photos on her Tumblr site, “Corgnelius & Stumphrey,” quickly became popular as other bloggers reposted her photos. She said the first photo to go viral was one of Corgnelius dressed as Link from “Legend of Zelda,” which soon made its way to BuzzFeed. As her dogs’ popularity continued to escalate, Brooks created a Facebook fan page and an Instagram account at the request of her followers in December 2012.

“Aside from being a really good-looking corgi, Corgnelius’ personality really shines through in the photos,” said Justin Brooks, Brooks’ husband. “He’s an old soul, very relaxed and calm.”

Justin Brooks said his wife does almost all the work, but sometimes he’ll help her pose the dogs for the photos or edit the photos on Photoshop before they hit the Internet.

Susie Brooks said it can be difficult to keep up with all the social media while working full time, but she is motivated by the fans of her photos.

“I would take photos even if it were just my husband and I looking at them, but knowing that they have such a large audience keeps me posting on days I don’t want to be online,” Brooks said. “I love reading all the positive reactions to them.”

As with most online posts, not all the comments are positive.

Brooks said she receives some criticism for dressing her dogs up in costumes and giving them steak when they’ve had a bad day or on special occasions like their birthdays. She said she recognizes negative comments are inevitable on the Internet and that she doesn’t let them bother her.

“I never dress them up if they’re tugging at their clothes or if they’re throwing tantrums,” Brooks said. “I treat my dogs very well.”

Leo Quisumbing, a UCLA alumnus who graduated in 2008, met Brooks when they were neighbors during his third year in college. He said that she often asks for his opinion on the jokes and puns that she comes up with for her posts. Quisumbing said he thinks it’s this sense of humor as well as her love for her dogs that make Brooks’ posts so popular.

“For her birthday, we never get her anything,” Quisumbing said. “We always get her Petco gift cards because we know she’ll like that better than anything we would get for herself.”

After Brooks accumulated tens of thousands of followers in almost a year, Harlequin publishing house offered her a book deal in August 2013. Brooks wrote the storyline and took all the photos that will be included in the book.

The book follows the fictional story of Corgnelius learning to cope with the arrival of his new brother Stumphrey. His life is changed dramatically when he’s no longer the only dog in the house, but ultimately he learns to accept his brother and all the changes that come with him. The book is filled with previously unpublished photos that Brooks took and saved over the past year.

To promote this new endeavor, Harlequin is flying Brooks out to New York City on Wednesday to visit their offices and do a Reddit Ask Me Anything, in which audiences can ask her questions online. She’ll be taking her dogs with her to New York to visit with some of their East Coast fans.

Brooks said she never expected to write a book inspired by her dogs and that she would be satisfied if that was as far as it goes, but there’s one other thing she wouldn’t say no to.

“I wouldn’t turn down a plush doll offer,” Brooks said.