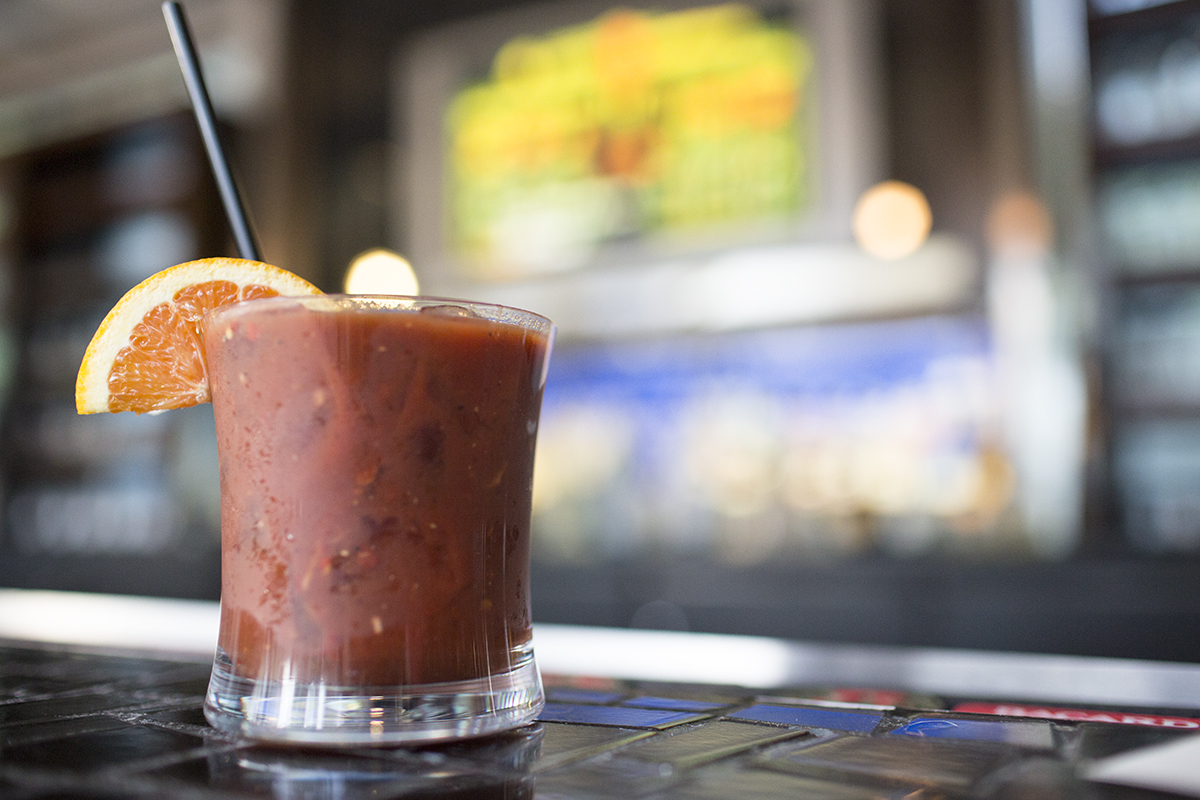 A traditional Bloody Mary is a cocktail comprised of tomato juice and vodka with hints of horseradish and lemon juice. The Backyard at the W Los Angeles hotel offers four variations of the drink.

Rim a cocktail glass with the seasoned salt and ground black pepper. Add bacon to the glass, fill halfway with ice and pour vodka over it. Allow to sit for a few minutes so the flavors absorb. In a cocktail shaker, combine the remaining ingredients, shake well, then pour into the cocktail glass. Garnish with a stalk of celery. For the non-alcoholic version, simply remove the vodka and follow the rest of the recipe.

Going out for evening happy hour is fun, but a weekend brunch can elicit the need for a cocktail as well. Each week, columnist Ashley Jakubczyk talks about a new mixed drink, where to get it in Westwood and how you can concoct your own version at home.

As is the case for many cocktails, the origin of the Bloody Mary is unclear – bartender Fernand Petiot claimed to have invented it in 1921 at Harry’s, a Parisian bar frequented by notable people like Ernest Hemingway, Coco Chanel and Humphrey Bogart, though various others have claimed credit as well. The drink’s name has ties to various historical figures, including actress Mary Pickford and British monarch Queen Mary I.

The Bloody Mary is one of the most versatile drinks out there because it’s highly customizable, providing the opportunity to tailor it to your own palate. A traditional recipe cites tomato juice and vodka as its main ingredients, supplemented by the strong, distinctive kick of horseradish root and the tang of fresh lemon juice.

The Backyard, located at the W Los Angeles hotel on Hilgard Avenue, hosts a weekend brunch that features four variations of the Bloody Mary, ranging from $10 to $12. Though a bit more expensive than the typical happy hour cocktail, they’re a great accompaniment to a relaxing brunch.

The hotel’s traditional Bloody Mary is crafted from Svedka vodka, Worcestershire sauce, Tabasco, horseradish and tomato juice. For a flavorful twist, order the Highland Mary, which is made with Chivas Regal whiskey, Tabasco, tomato juice and the piny flavor of rosemary.

The Backyard’s Bloody Maria gets its smooth taste from substituting Avion Blanco tequila for the standard vodka, which is then combined with the traditional ingredients of tomato juice, Tabasco and Worcestershire sauce.

Other variations at The Backyard include the Red Snapper, which cites Plymouth gin as its spirit. The addition of gin complements the spice of the tomato and Worcestershire sauce in a way that using vodka does not – with notes of an earthy, lemon flavor. The flavors mesh together in a way that may appeal to those who don’t like the taste of a traditional Bloody Mary.

The following recipe is a classic Bloody Mary with a slight twist. The added bacon complements the spice of the Worcestershire sauce and pairs perfectly with the tomato flavor.

Tailor the taste even further by playing around with the type and amount of hot sauce you use. While standard recipes call for Tabasco, try Cholula chili garlic sauce or Sriracha for a tangier variation.