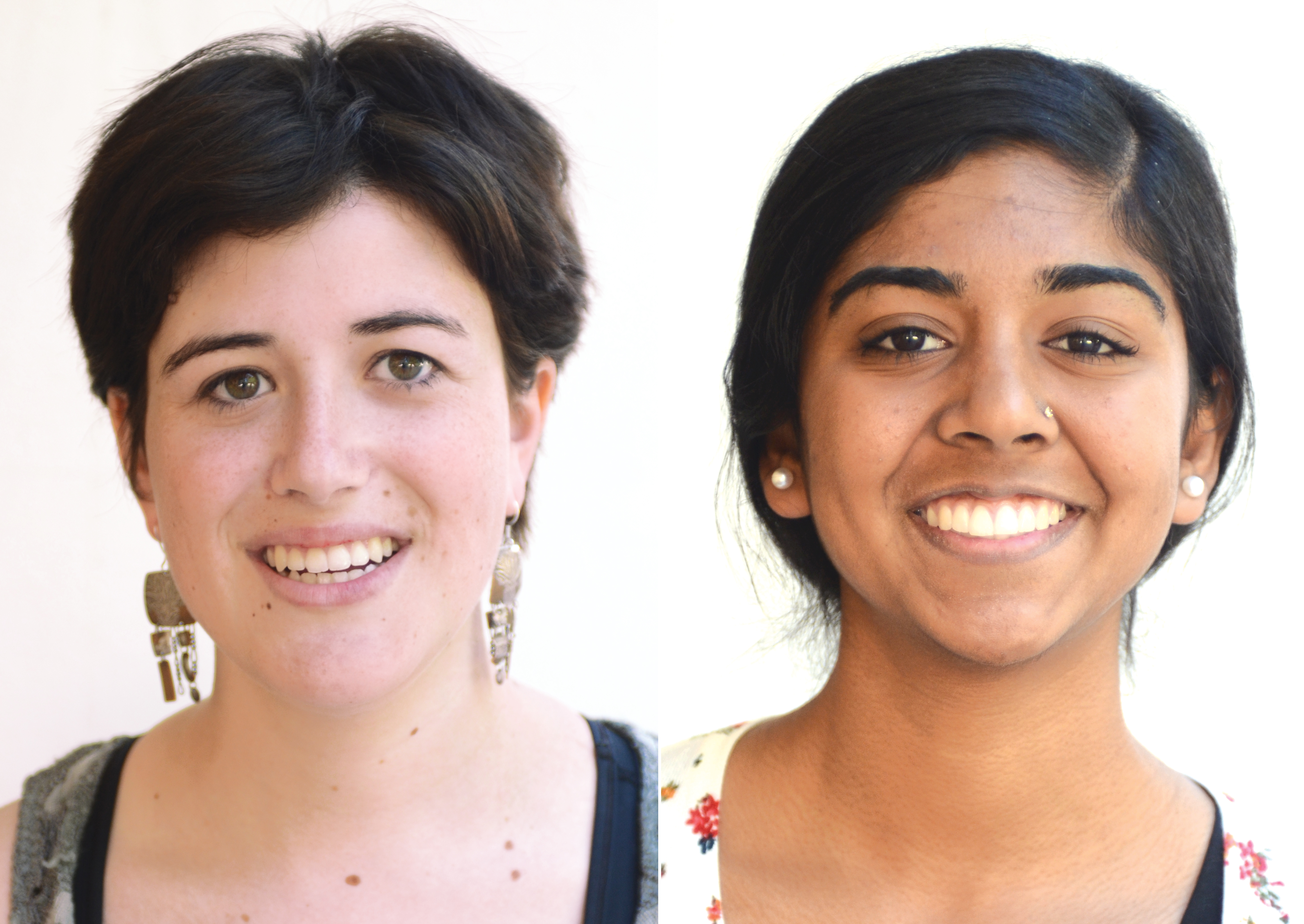 By Regina Napolitano and Shreya Aiyar

Vegetarianism is in the midst of a cultural renaissance. Now more than ever, people cut out meat, fish and – for the vegans among us – even milk and cheese for reasons such as health, environmental protection or even plain curiosity.

Each week, columnists Regina Napolitano and Shreya Aiyar talk about simple and delicious ways for amateur vegetarians and vegans to survive in college and beyond. From easy dining hall creations to reviews of restaurant specialties from around the world, the writers will take positions on either end of the vegan-vegetarian spectrum and discuss the alternatives to meat dishes.

This week, Aiyar and Napolitano explore the treasure troves that are UCLA’s award-winning dining halls. Feeding thousands of students three meals a day every day, the dining halls flaunt a veritable gold mine of meatless delicacies that are easy to make, eat and enjoy.

Last year, as a first-year student walking through the enormous cavern that is the De Neve Residential Restaurant, I felt lost. There seemed to be busy workers handing out plates from every corner of the dining hall, and at times, not many vegetarian options really caught my eye except for the salad bar. And let’s face it, who wants to eat salad every day for the rest of their college experience?

Not me, that was for sure. And so I set about finding other ways to enjoy dining hall food and came up with a couple of delicious and satisfying alternatives that I easily prepared myself.

Now, you may be thinking, how horribly frustrating. UCLA food must not be that good with its vegetarian options. On the contrary, UCLA food is great – it usually has at least one vegetarian or vegan dish per meaty offering. It just wasn’t always for me.

So began my culinary adventures through the dining halls. During the times the dining hall options weren’t as numerous as I had hoped, I plucked up the courage to grab a couple of plates and experiment. Sure enough, my friends and I thought up a couple of tried-and-true gems, such as minute macaroni and cheese and a few stuffed pitas, that spiced up meal periods and made for great conversation.

And while the salad bar may seem like the culinary scourge of mankind, do not underestimate the power of the raw vegetable – instead, consider it an important ingredient to spruce up the most boring piece of bread.

It might just help satisfy your stomach’s occasional cravings for just a little bit more variety.

Made with the pita bread found in either Covel or De Neve, the stuffed pita uses ingredients mainly from the salad bar and is also vegan-friendly.

1) Grab one slice of pita bread, enough hummus to coat the inside of the pita bread, a handful of lettuce or spinach and assorted raw vegetables, such as carrots, tomatoes or cucumbers, found in the salad bar.

2) Spread the hummus inside the pita bread.

3) Fill the pita with lettuce or spinach and assorted vegetables.

While glancing through UCLA Dining’s online menu, you might conclude that being a well-fed vegan subsisting mainly on dining hall food is difficult. However, it doesn’t have to be.

For vegans on campus, I’m here to advise you on what to eat, what to avoid and how to be a little creative in the UCLA dining system.

Every residential restaurant at UCLA usually serves at least one vegan entree at every meal, but they can quickly feel repetitive.

Luckily, it takes a long time to get tired of the vegan food at Hedrick Test Kitchen, which will be featured at Bruin Plate in Sproul Hall later this quarter.

The vegan food at Sproul, from apple and arugula flatbreads to prepared beet salads, is so good that your carnivore friends might even go vegan, if only for one meal.

Bruin Plate also has a different and delicious vegan soup, and it is the only dining hall where pineapple is regularly included in the salad bar.

And if by some trick of fate, there seem to be no vegan entrees available at Sproul, there are other places on campus with great vegan offerings.

Rendezvous and Café 1919 offer a few good vegan options, and a lot of their dishes can be easily tweaked to become vegan.

One of my favorites is the sushi bowl, which is a special every Friday at Rendezvous, ordered without shrimp, fish sauce and mayonnaise. My other favorite is the Campania Panini at Café 1919.The sandwich is a wonderful mix of grilled eggplant, roasted peppers, tomatoes and portobello mushrooms. It can easily be ordered without cheese, and it is so delicious that the first time I ate it I started singing to the sandwich.

The taco salad at Rendezvous and the large, vegan Tagliata salad at Café 1919 are also tasty, as far as salads go.

Unfortunately, as my co-columnist mentioned, there are also a few residential eateries where good vegan food is hard to find, and most people do not want to eat salad every day.

If you choose to eat salad, it can taste a lot better if you get a little creative. I suggest making a dining hall vinaigrette, a tastier and healthier alternative to the pre-prepared salad dressings offered by the dining hall.

All the ingredients are available in most dining halls.

2) Add twice as much olive oil as balsamic vinegar.

3) Season with salt and pepper to taste.

4) Beat rapidly with a fork until evenly mixed.