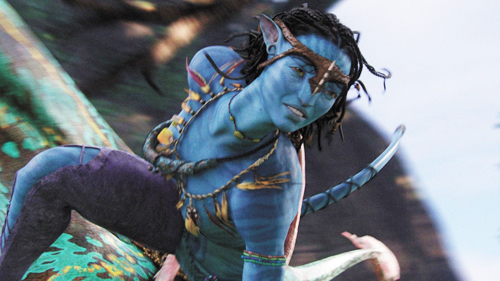 James Cameron has accomplished an amazing feat, having made not only the top, but the top two highest grossing films of all time – “Avatar” and “Titanic.” Hoping to recreate one of his success stories, he had previously announced the creation of two sequels to “Avatar,” making it a trilogy. In the world of big budget blockbuster sequels, this came as no surprise to most moviegoers, who shelled out a fair amount of money to see “Avatar” once or twice (or eight or nine times) on the big screen.

However, Cameron’s obsession with grandiose productions came to the forefront of entertainment news once again last week with the announcement of a fourth “Avatar” film in pre-production, forming a full-fledged franchise. Sebastian Torrelio and Tony Huang discuss the new plan, and whether Cameron is following the ebb and flow of the film business or only wasting his time.

As August begins and the end of the summer movie season comes around, it strikes me how tired I am of the summer blockbuster chaos. August provides a satisfying period to rest upon the scope of sci-fi imagery I’ve witnessed and the money I’ve lost seeing it.

A lot of what makes the summer movie season what it is in the present day, however, is the franchising and marketing. A majority of the most successful films these past few months have been sequels, whether featuring superheroes, monsters or grown-ups getting hangovers. Even “Man of Steel,” though not a sequel, was made with intentions of sparking a Justice League series.

While “Avatar” was a winter flick, strategically released the week before Christmas like its spiritual older brother “Titanic,” its growing number of family members follows the same principle. Summer sequels make for entertaining getaway trips that everyone can join in on because of their familiarity with the original films, which were so monetarily successful that they had to be good. For the most part – some “Transformers”-esque movies excluded – the formula works more times than not.

Following “Avatar” up with even more sequels is simply Cameron following the tried and true formula, and it’s a plan that I approve of, for the time being. Good movies are good movies, sequels or not, and I thoroughly enjoy seeing good movies at the theater. It’s not fair for me to declare acclaim for “Avatar 2” and company before they release, but given James Cameron’s universally “good” directing record (bar one “Piranha II: The Spawning,” an excusable debut project), I’ll give him my faith.

If signs inevitably show that the project has gone south for whatever reason, I’ll take my blessing back. Otherwise, whenever “Avatar 2” rears its blue head, in summer, winter or sometime in between, I’ll look forward to it, fully prepared to ignore the moviegoers repeating “Not again…” and engross myself in Cameron’s impressive imagination.

Full disclosure: I liked “Avatar” quite a bit. I realize that’s not a particularly fashionable opinion anymore – many, I think, have disowned the movie on the basis that it does have an admittedly weak script. But as solid as “Avatar” was, I can’t justify it being a cultural property that deserves three (three!) sequels.

Let’s face it: Nobody thinks about “Avatar” anymore. There is no nerdy clique-ish cult-ish devotion to the creatures in blue, and there’s certainly nobody still poring over the manifest destiny metaphor, or what “unobtainium” could possibly mean.

The sole contribution to cinema “Avatar” ever claimed was technological – it brought to us (or forced upon us, depending on your perspective) an onslaught of 3D blockbusters determined to wring every cent from our pockets. It’s not a “Star Wars” or a “Toy Story” or even a “Batman.” It’s just big Smurfs in pre-Columbian outer space.

Despite James Cameron’s blabbering about exploring this unique, diverse, surely inexhaustible world, I’m baffled by what more anybody could want from planet Pandora. Are people actually invested in whether the Na’vi get to live another day? Does anyone care how they live, or what will befall them? This is not a movie that made its name with complexity and interest – this is a movie that grabbed eyeballs, created spectacle and made box office history.

What I’m saying here is that it’s very hard to care about “Avatar.” Practically everyone, on some level, is amazed by it, but nobody loves it in a way that justifies, at minimum, another eight hours in its universe. Cameron clearly doesn’t want to let the money well run dry, which is fine – that island property won’t pay for itself. But this is even less justified than the “Star Wars” sequels, which are at least fulfilling a niche need. This is pure unadulterated commercialism, and I await the backlash and backfire with glee.