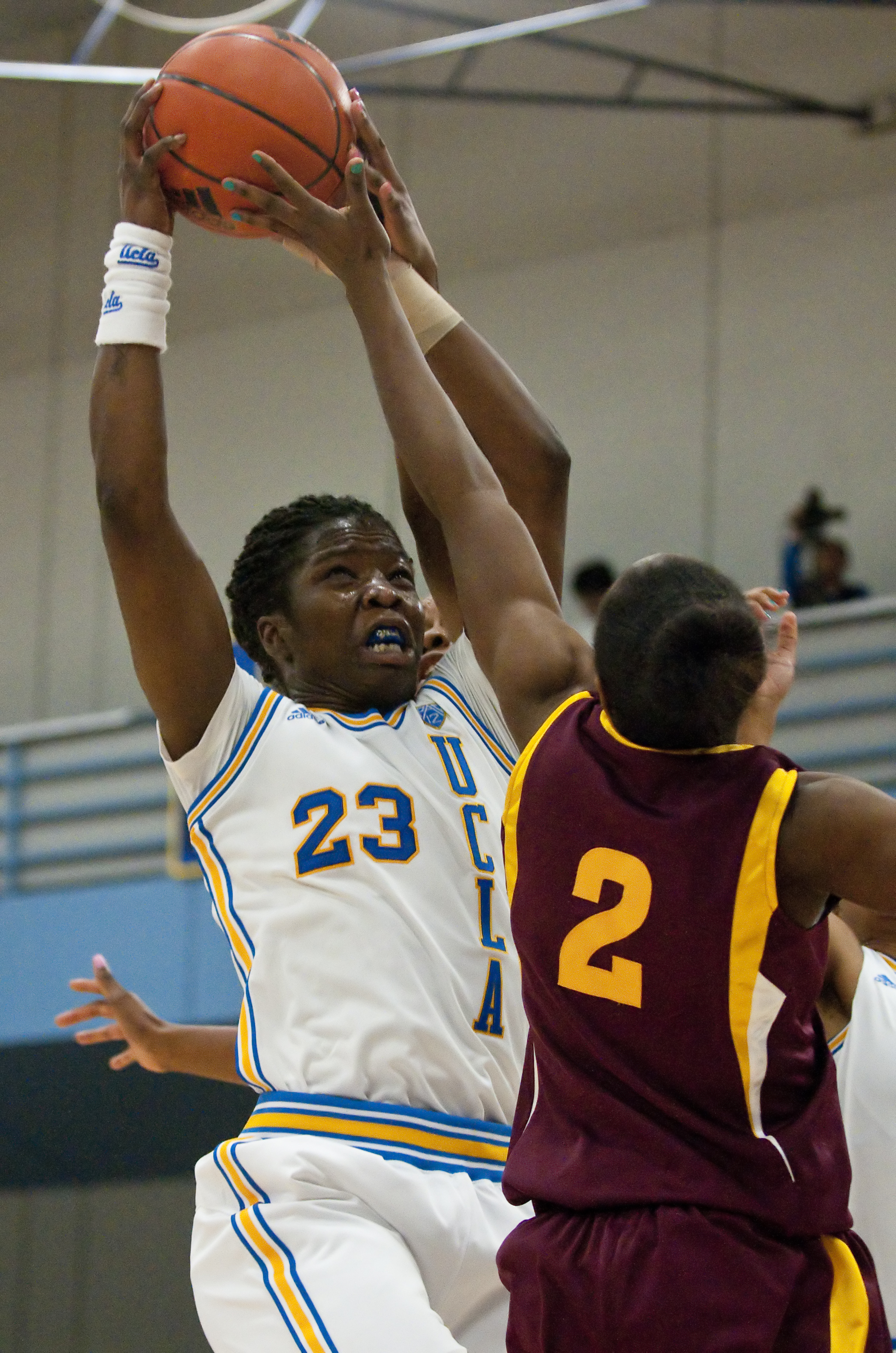 On Saturday, the UCLA women’s basketball team was not playing for a conference championship. It wasn’t playing for pride in a rivalry game. It would not earn anybody a ticket to the Big Dance.

This seeming lack of consequence hurt UCLA in a big way, as it came out punchless against a Washington team hungry to avenge an earlier overtime loss to UCLA. The Huskies did just that, as the game was in Washington’s hands throughout en route to the 67-59 defeat for UCLA.

“We were really unfocused. It killed us in transition and on rebounding. We were supposed to stop Regina, and she got a lot of post touches. And we bailed them out with a lot of fouls.”

“Regina” refers to redshirt senior Regina Rogers, a mountain in the middle for the Huskies (16-12, 8-10). She’s a former Bruin and a formidable presence down low; on Saturday, she scored 22 points on 6-7 shooting, with 11 rebounds on the side.

“She was getting deep touches, and once she gets the ball, it’s pretty hard to defend her,” sophomore guard Thea Lemberger said. “She’s a big body to get around. Once she got those deep touches, she just turned, and she finishes really well.”

Defense wasn’t the only issue for UCLA. The Bruins shot 32.3 percent from the floor in scrapping together their 59 points. For a coach known for offense, that’s simply not good enough.

“I really credit Washington. They forced us to be a jump shooting team,” coach Cori Close said. “When those weren’t falling, we weren’t able to get easier shots for ourselves by taking the ball inside or off the dribble, on a consistent basis. … It was disappointing; I thought that was a game where we could respond and play well, but we just couldn’t muster enough points.”

Certainly an obstacle for the Bruins, though nobody likes to emphasize, was fatigue. The Bruins have played with a relatively short bench for much of the season, and it has worn on the players.

“Most of these kids, actually 90 percent of our team, have never played a season like this. They’ve never had these kind of minutes,” Close said. “(Senior Guard Rebekah Gardner) just had no legs.”

It’s not an excuse Close accepts and has consistently dismissed throughout the season. Even so, it’s certainly had an effect on the Bruins.

The game was not completely without meaning; had the Bruins won, they would have secured a No. 4 seed in the Pac-12 Tournament and secured a winning record in Close’s first year as the Bruins’ coach.

With the loss, UCLA will be a No. 5 seed in the tournament, losing the bye that a No. 4 seed would have brought and some much needed rest. The team will now face Arizona in the first round, a team it beat in the John Wooden Center a week ago.

The excuses can’t stick around long, or the Bruins will end up being there all offseason. Unless they win the Pac-12 Tournament, the Bruins are looking at the end of their season.

“Bottom line is, we have to be (focused), otherwise we’re going to be one-and-done,” Close said. “There’s a sense of our backs against the wall. … How deeply do they desire to play their best basketball and give themselves the best chance to still accomplish their dreams?”