This post was updated Jan. 26 at 11:10 p.m.
The University of California Board of Regents, the governing body of the system, gathered Jan. 17 to 19 for its bimonthly meetings at the Meyer and Renee Luskin Conference Center. 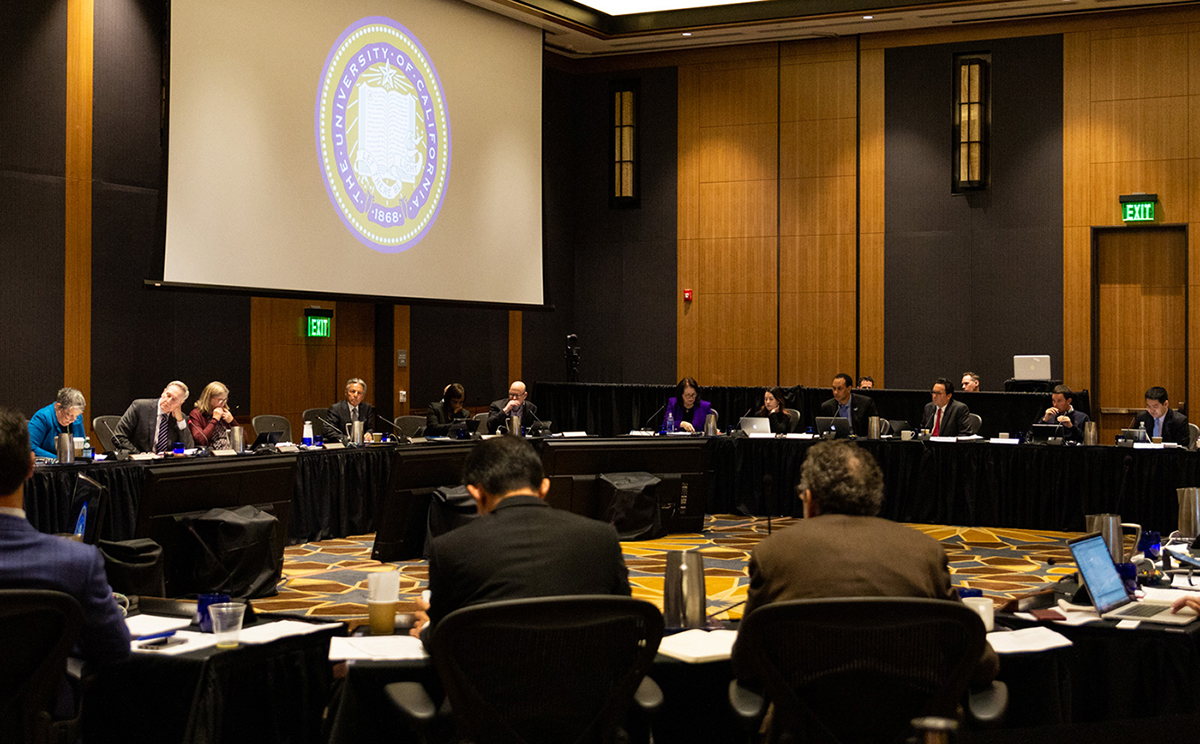 A November 2022 survey by Kaplan found nearly half of current pre-med students may decide where to apply to medical school based on states’ abortion laws. 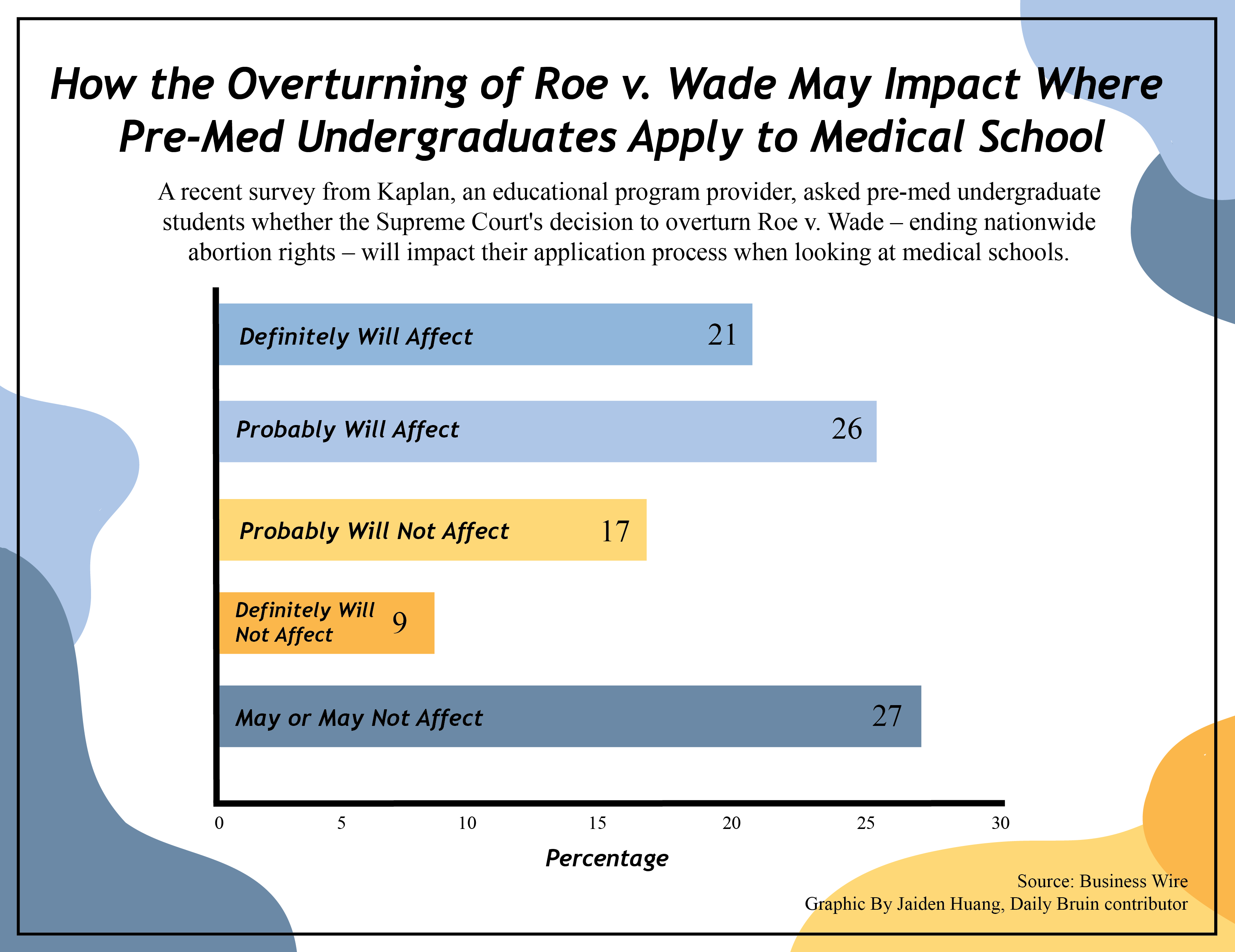 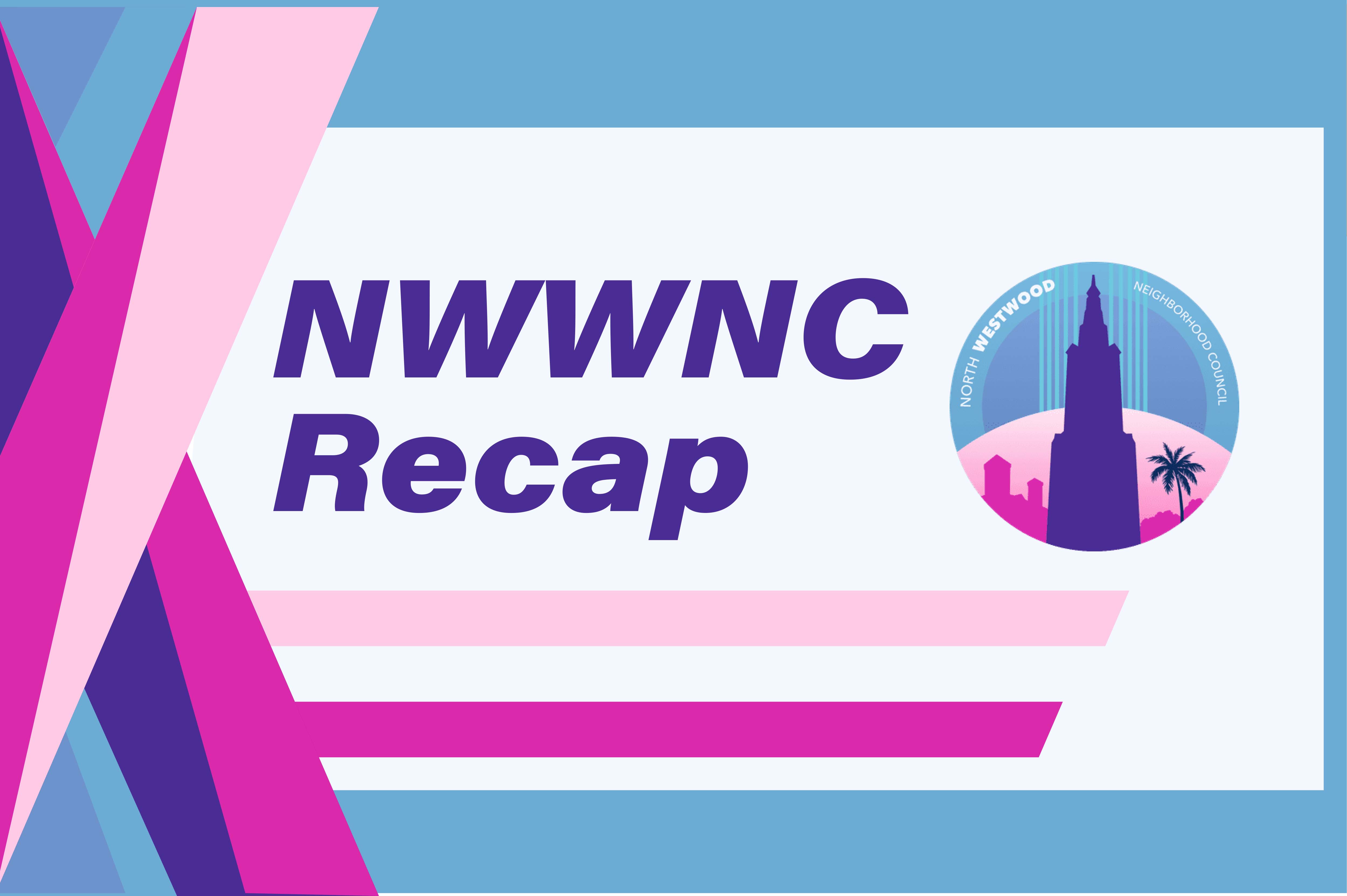 Students and faculty gathered outside the University of California Board of Regents meetings Wednesday to call for the Board to increase employment opportunities for students without legal resident status.

This post was updated Jan. 11 at 12:34 a.m.
Academic student employees and graduate student researchers represented by United Auto Workers unions ratified a new contract with the University of California on Friday, ending their nearly six-week strike. 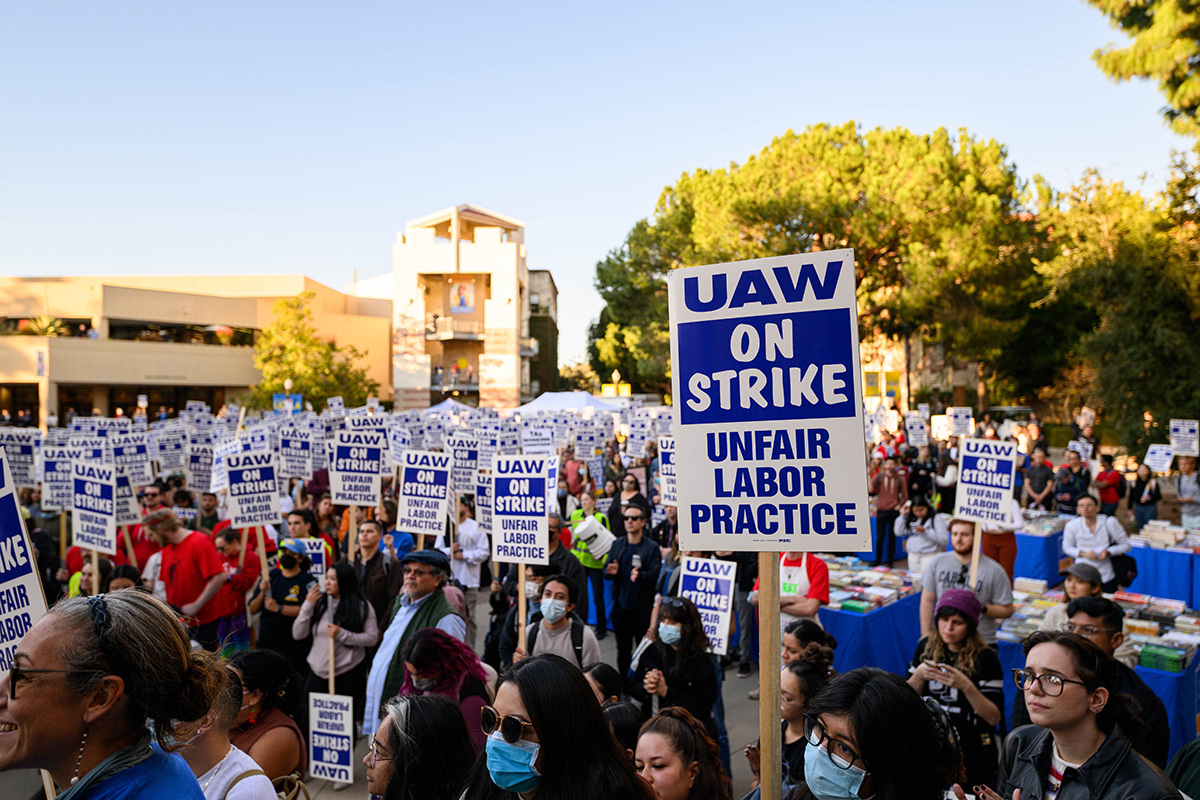 Academic student employees and graduate student researchers represented by the United Auto Workers union reached a tentative contract deal with the University of California on Friday. 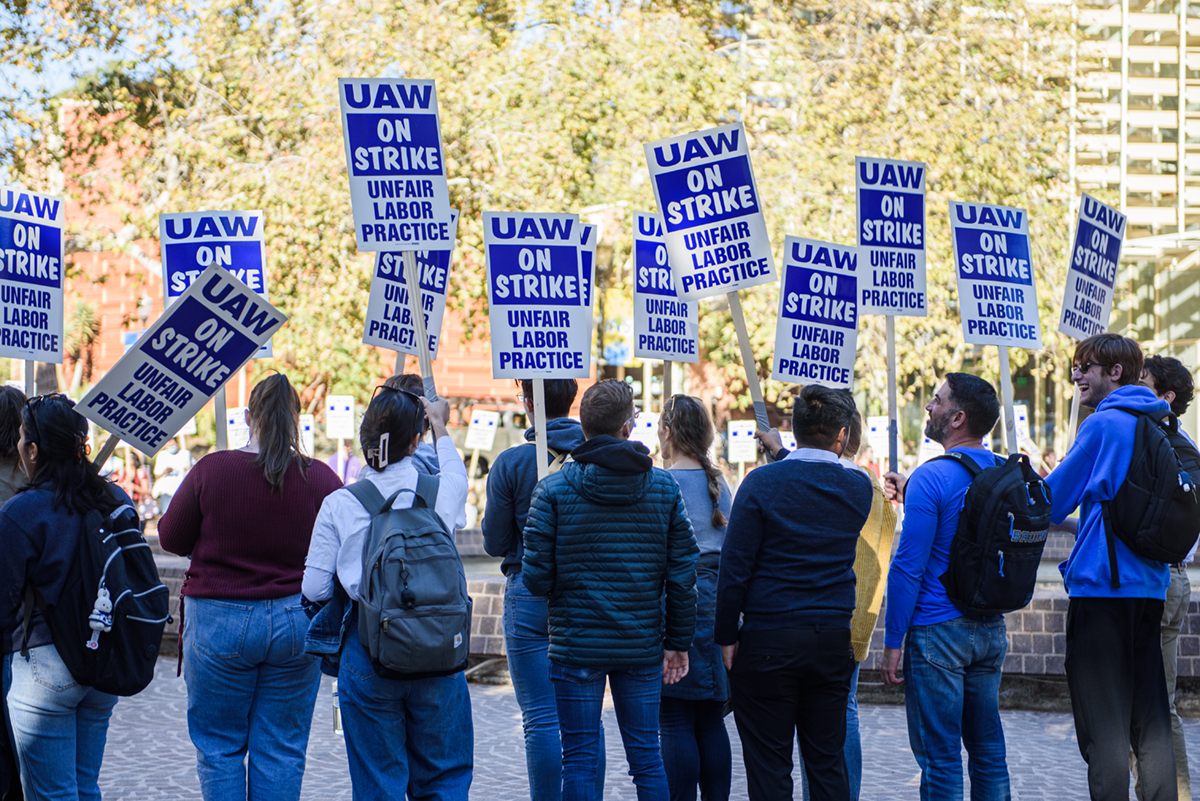 This post was updated Jan. 11 at 12:38 p.m.
Bernice Gutierrez was 8 days old when the United States detonated the first nuclear bomb 35 miles from her home in Carrizozo, New Mexico.

By Catherine Hamilton and David Rimer 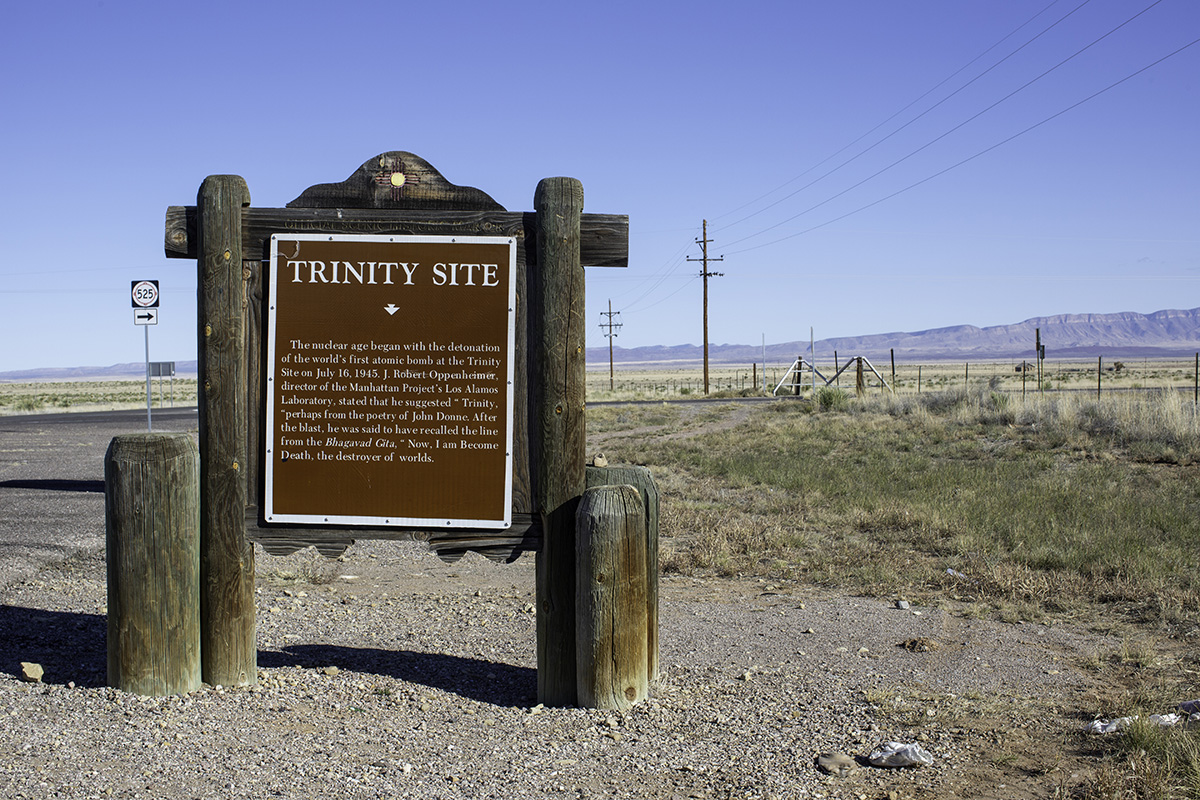 Postdoctoral scholars and academic researchers represented by the United Auto Workers Local 5810 union voted to ratify a new contract with the University of California on Friday, ending their nearly month-long strike. 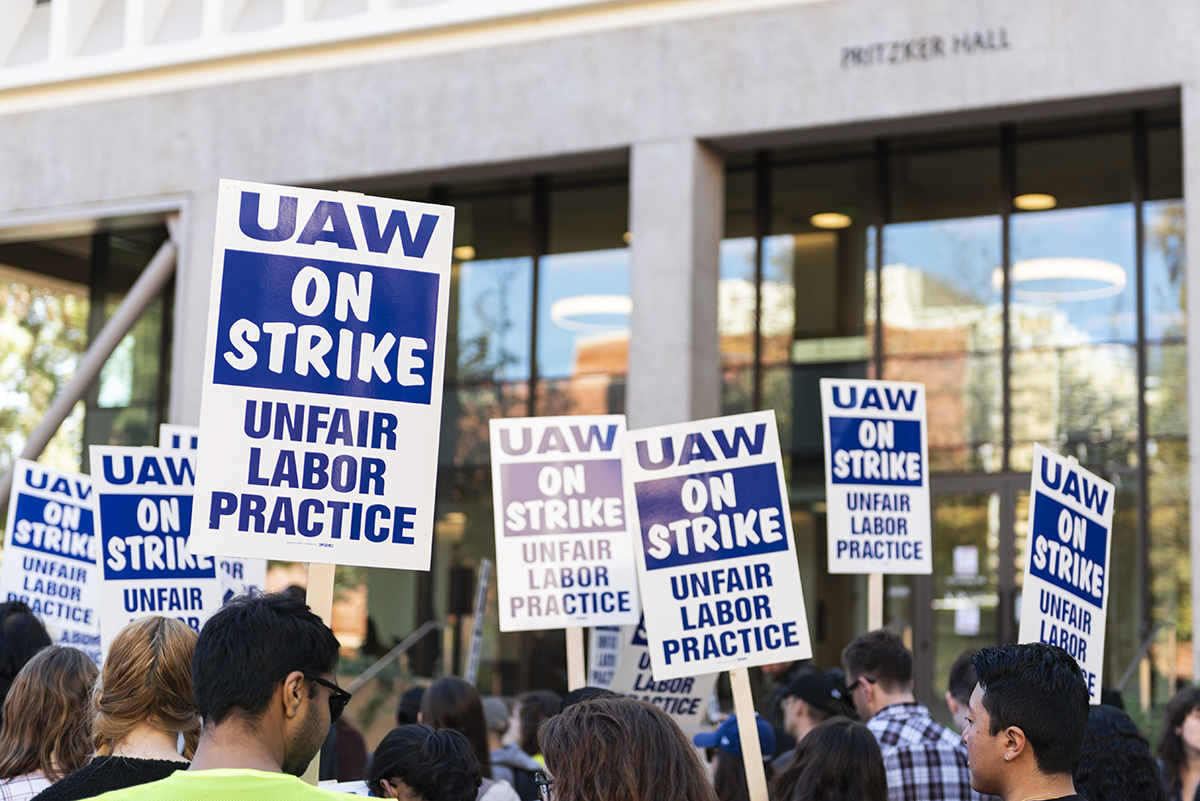 This post was updated Dec. 13 at 4:19 p.m.
The University of California and the United Auto Workers union agreed Friday to enter private negotiations mediated by a neutral third party. 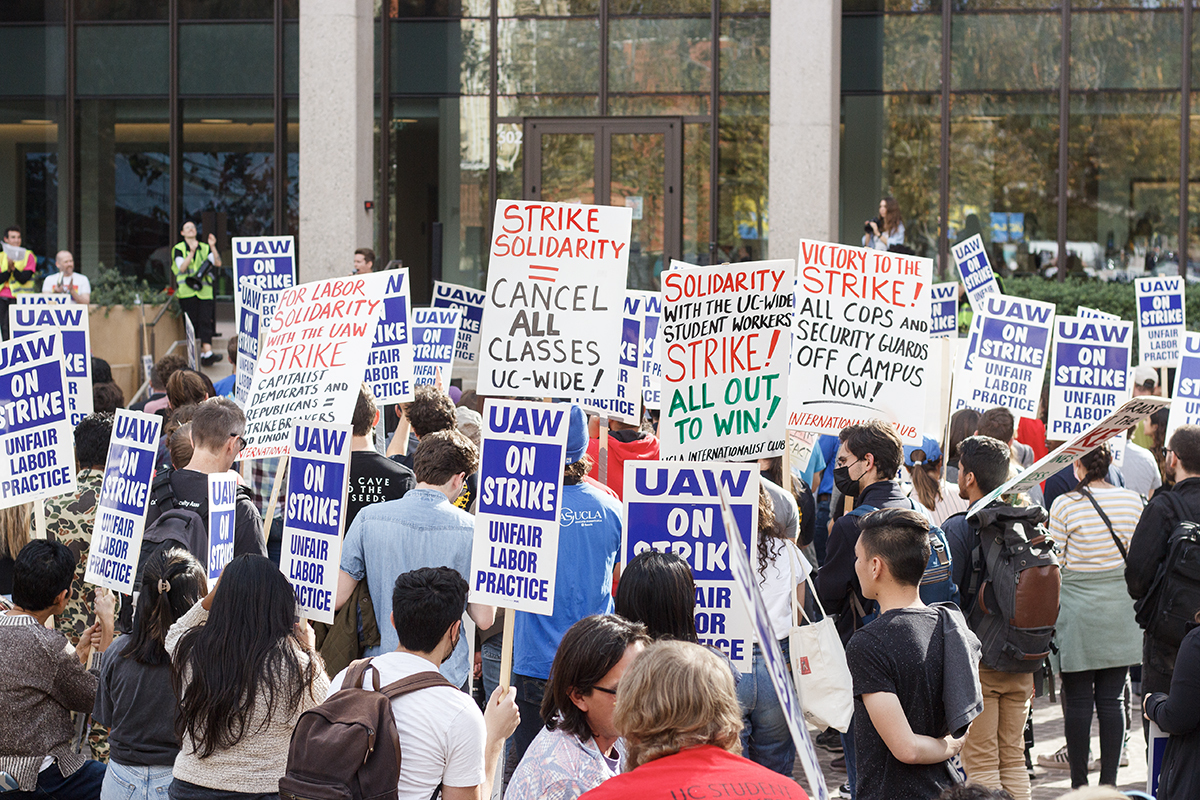 Strikers cited for trespassing during protest inside UCOP building in Sacramento

17 United Auto Workers union members were cited for trespassing Monday while hosting a sit-in in the lobby of the University of California Office of the President in Sacramento.
On Monday, four weeks into the academic workers strike, academic workers across the UC system hosted a rally outside the UCOP office in addition to continued protests and sit-ins across campuses, according to a press release from the union. 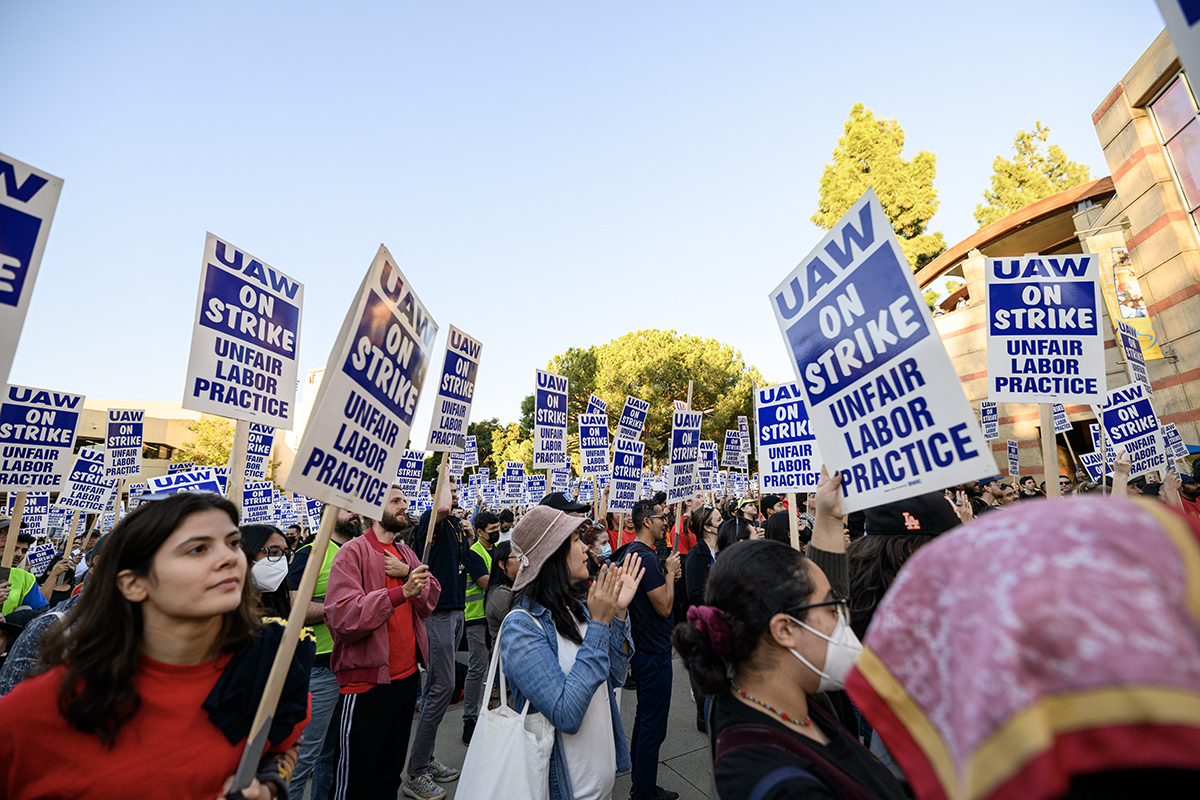