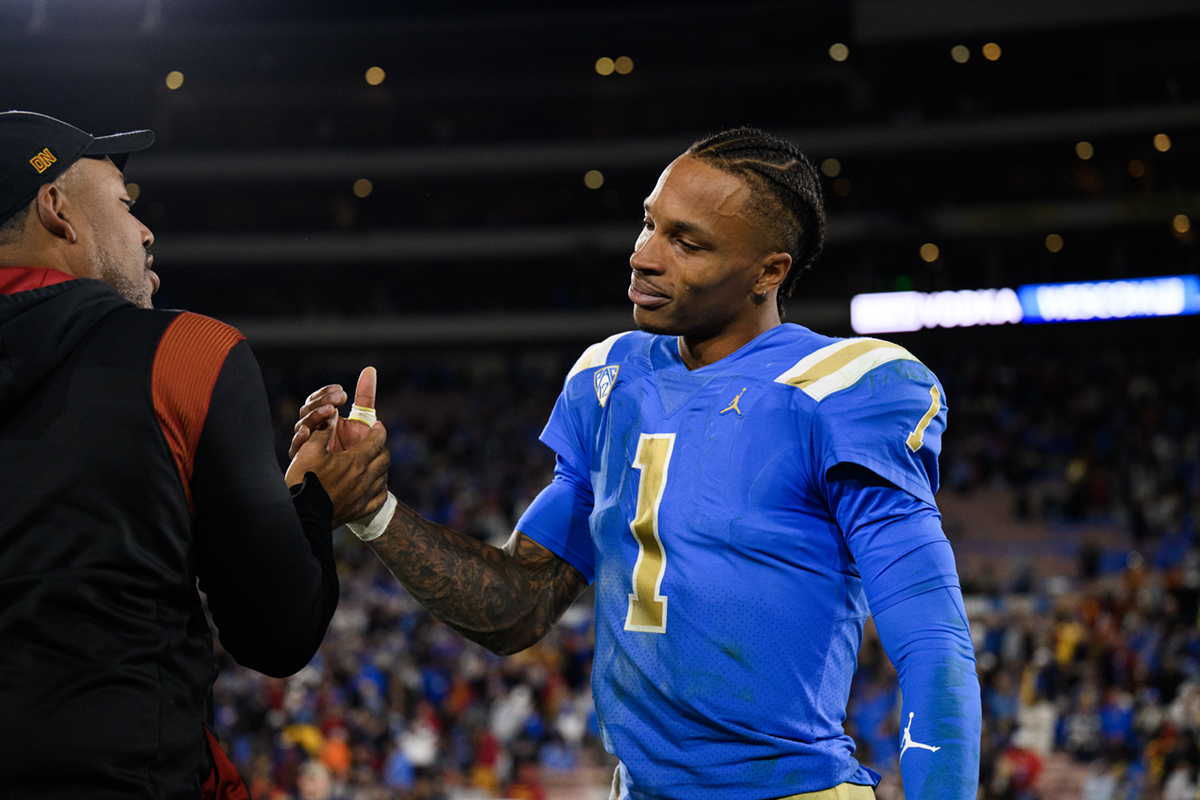 Redshirt senior quarterback Dorian Thompson-Robinson shakes hands with a member of USC’s staff after the game. Thompson-Robinson played his final game for UCLA football at the Rose Bowl on Saturday. (Anika Chakrabarti/Photo editor)

Nine games into the season, everything was on the table for UCLA football. A Thanksgiving feast appeared to await the Bruins, hungry after years of building from the bottom up.

But Thanksgiving dinner is over early. The dishes have been cleared, family has gone home and UCLA might have to wait a lot longer than a year before earning a seat back at the table.

Two weeks ago, the Bruins found themselves at 8-1. Two near-guaranteed wins remained, sandwiching a chance to make a statement against USC at the Rose Bowl. This was the window.

Then UCLA lost to a floundering Arizona team. Expectations were tabled, but the Bruins still had one more chance to save their season.

Dorian Thompson-Robinson wanted this moment. Down three to USC late in the fourth quarter, the redshirt senior quarterback had the opportunity to lead UCLA on a game-winning touchdown drive in what would likely be his final game ever in the Rose Bowl. But it wasn’t meant to be, as Thompson-Robinson’s interception sent the Bruins home with their heads bowed once more.

Now the Bruins sit at 8-3. Instead of a date with destiny at the Rose Bowl, UCLA is left scrambling for the best consolation prize.

A win against California next week would move UCLA to 9-3 on the season, an accomplishment by most standards. But the Bruins played the weakest nonconference schedule in the FBS this season. They played eight games at home and only faced one true road test. 9-3 was the baseline, not the goal.

Thompson-Robinson had entered the Heisman conversation by the halfway point of the season as UCLA appeared unstoppable on offense and serviceable on defense. This team looked poised to make a run at something bigger than just a bowl berth, maybe even a Rose Bowl appearance for the first time in nearly 25 years.

And now, five years in the making, this UCLA squad has hit a wall.

This was the window – and now it’s closed.

Yes, 2022 is certainly a new era of college football. The transfer portal can mask the conventional need for rebuilding and recruiting.

But UCLA isn’t USC. Coach Chip Kelly admitted as much after the game Saturday. The Trojans run LA on the gridiron this season, and they run LA in the recruiting landscape.

You can turn a 4-8 season into a one-loss, title-bound season at USC. You can lure Caleb Williams – arguably the top quarterback in all of college football – to come play for the Trojans. You can bring in Jordan Addison – the reigning Biletnikoff Award winner – to pair with that all-world quarterback.

That doesn’t work at UCLA. You develop players over the course of a career like Thompson-Robinson or you hope to hit on mid-level transfers. Westwood just doesn’t bring the same allure as the school across town does.

Through nine games this season, the Bruins showed a glimpse of how to win without taking any shortcuts. Kelly’s roster was finally his own, not a mix of his players and those of coaches before him. His fifth-year signal-caller looked the part of a true veteran, and he stumbled upon one of the top running backs in the country through the transfer portal last season.

The problem with that approach? You have your chance and then it’s gone, with no margin for error and no second chances.

The Bruins had their chance. Now it’s gone. 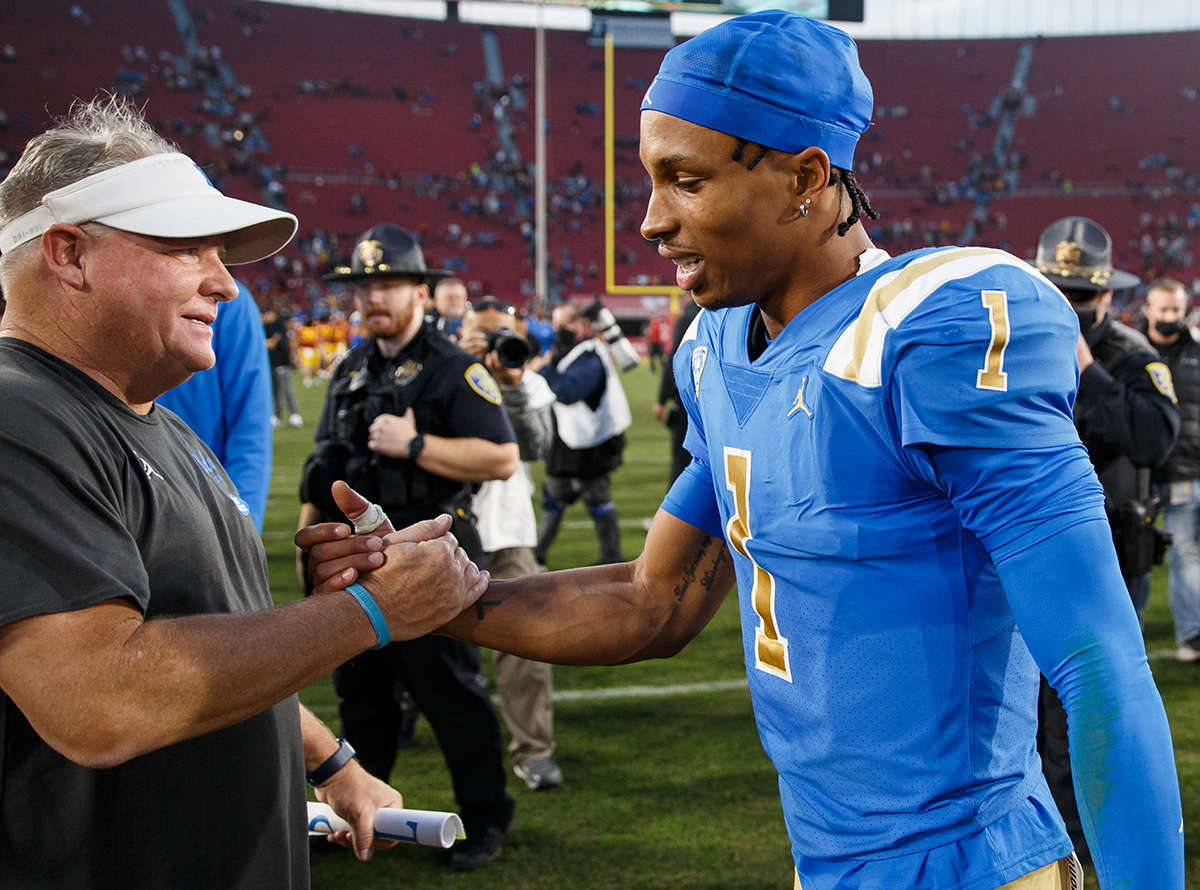 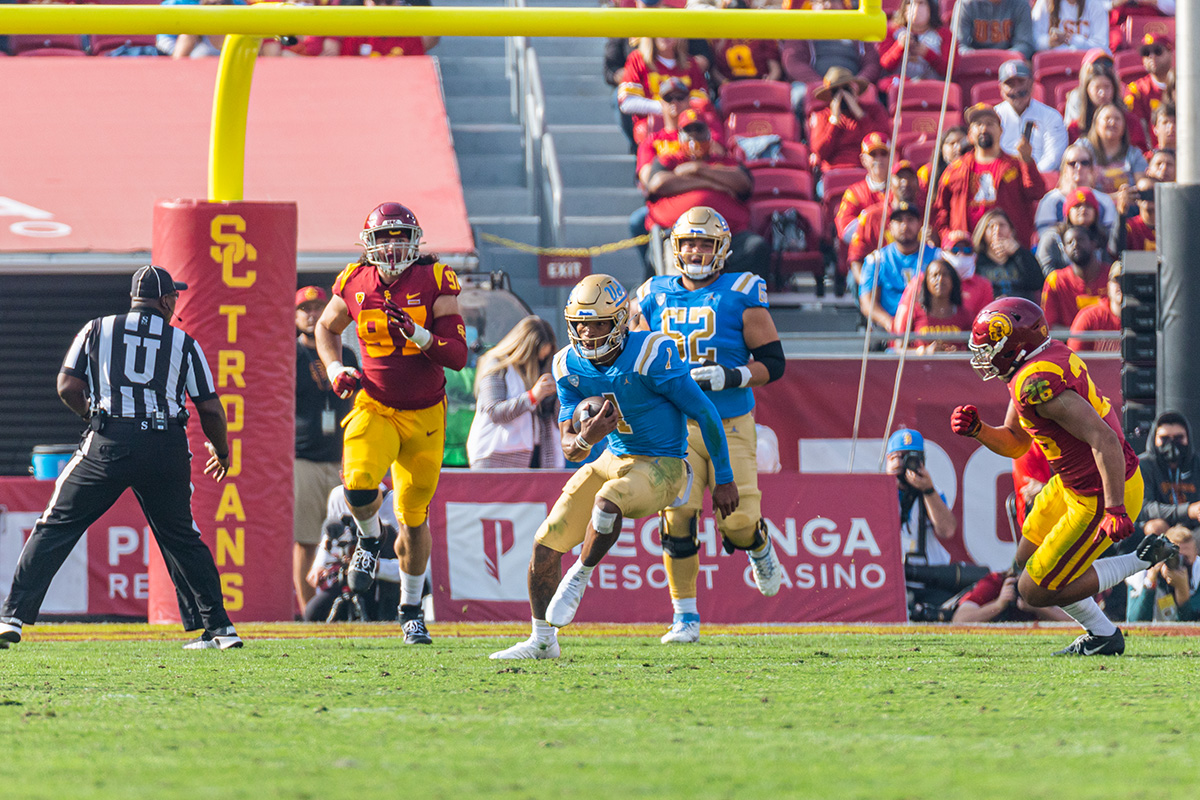 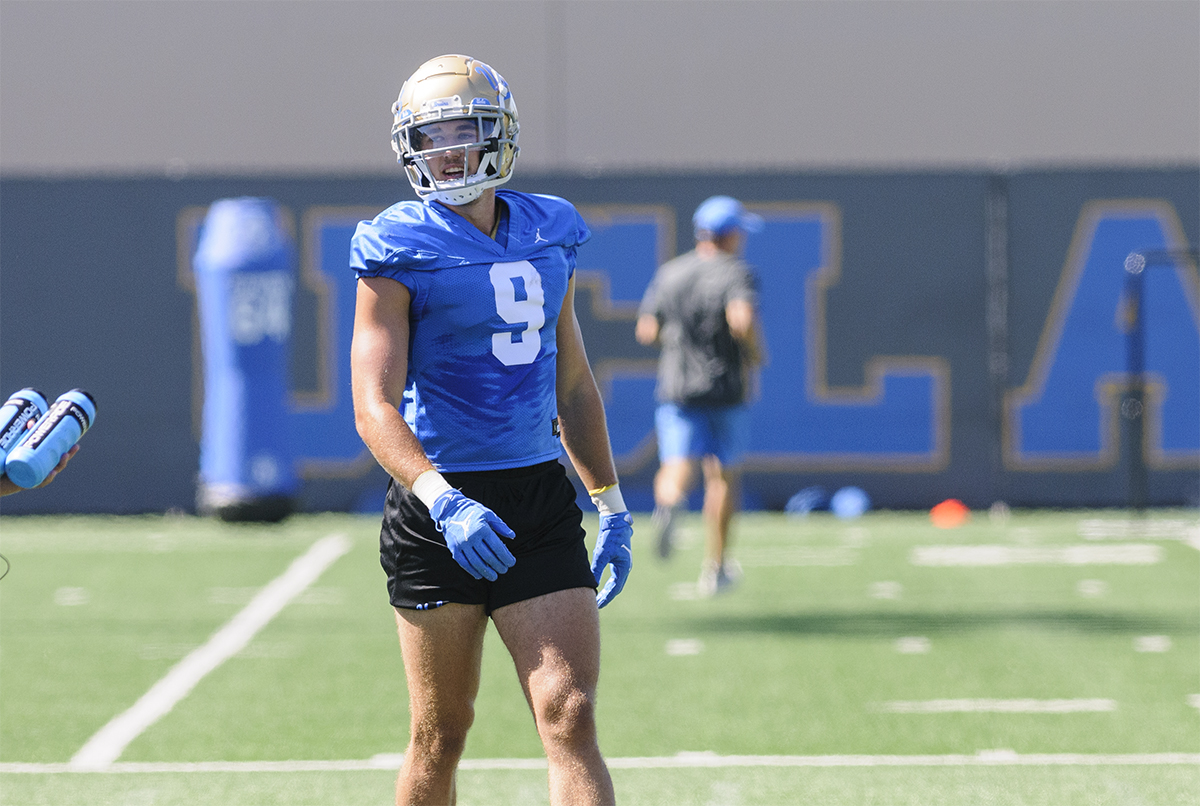 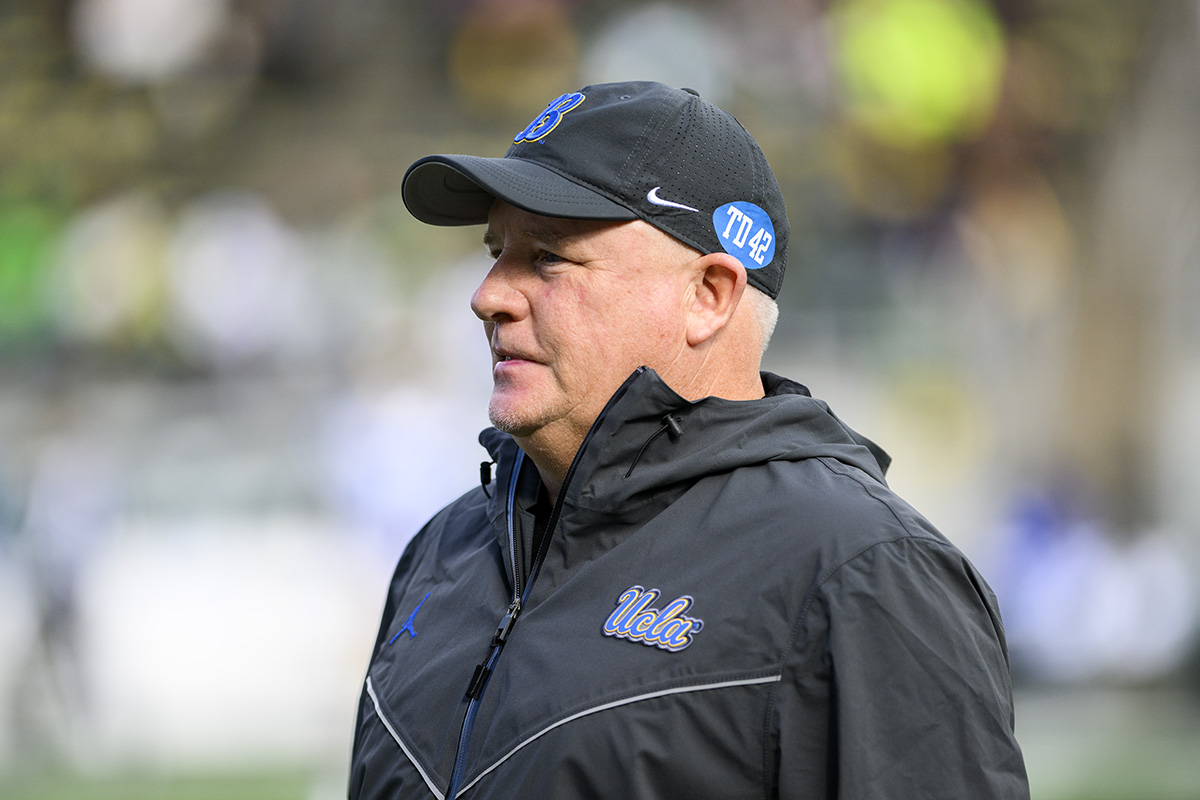