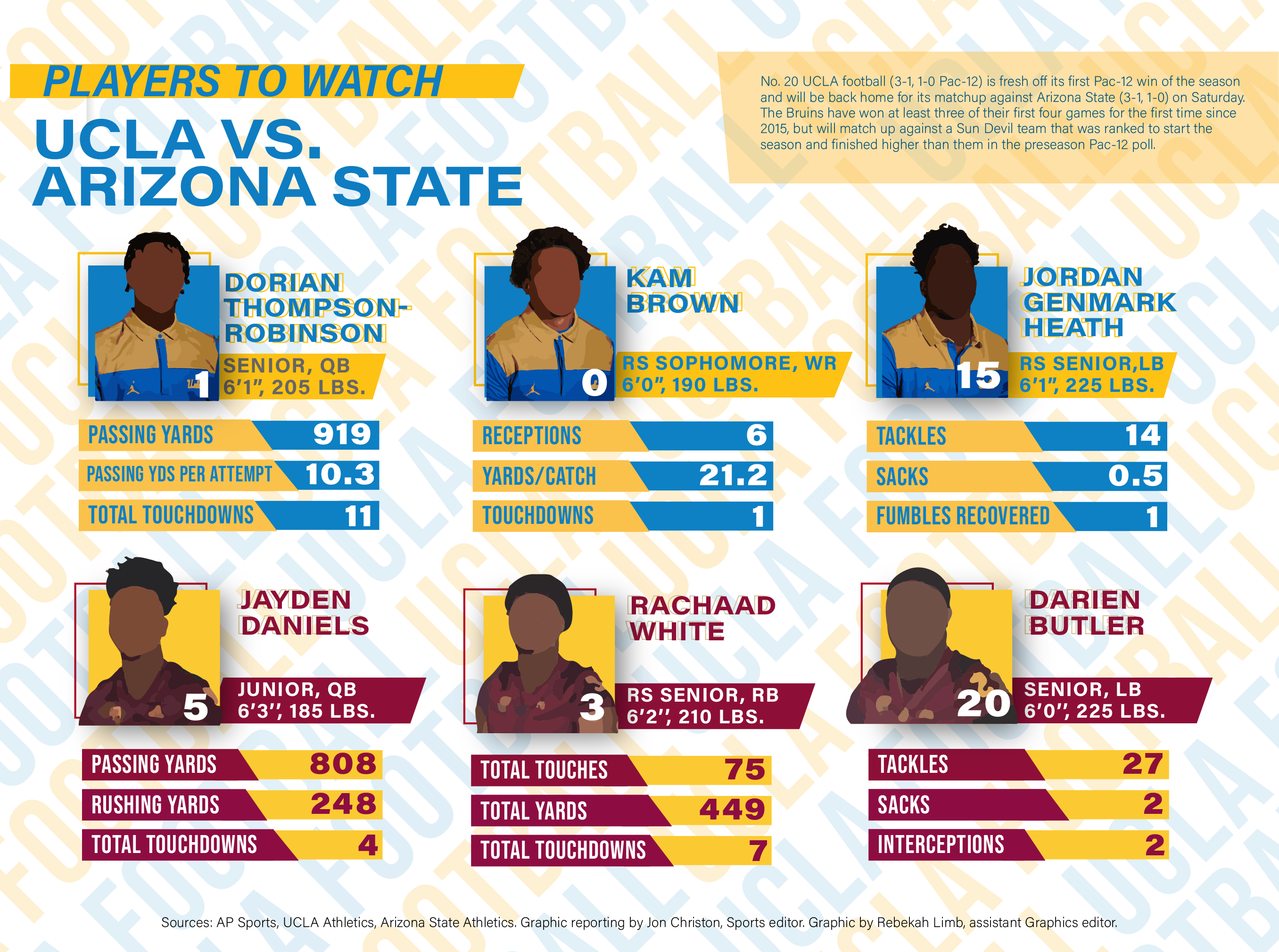 Following its first road win of the season, No. 20 UCLA football (3-1, 1-0 Pac-12) is returning home to the Rose Bowl with a matchup against Arizona State (3-1, 1-0). The Bruins have won their last two games against the Sun Devils, including a 25-18 victory in Tempe a year ago, and would take sole possession of first place in the Pac-12 South with a win Saturday. Here is this week’s scouting report from Sports editor Jon Christon – who is now the most knowledgeable football reporter in the history of the universe after becoming the first Daily Bruin writer to get their Gameday Prediction exactly right (don’t look this up).

Like coach Chip Kelly, Sun Devil coach Herm Edwards was hired ahead of the 2018 season.

Also like Kelly, Edwards loves to run the football.

Arizona State has kept the ball on the ground for the majority of its plays since Edwards arrived in Tempe, and when the fourth-year Sun Devil coach chose Zak Hill to be his offensive coordinator ahead of the 2020 season, that strategy reached new heights.

Of the 252 plays Arizona State ran a year ago, 165 of them were running plays. The Sun Devils used that running game to catapult them to the conference’s top offense, averaging a Pac-12-leading 458.5 total yards – 264.2 of which came on the ground – and 40.2 points per game.

While many of those stats are inflated by a 70-7 massacre of Arizona in one of its four games in 2020, Arizona State has largely kept up a similar pace so far in 2021 with the same offensive core from a year ago.

Still headlined by quarterback Jayden Daniels and running back Rachaad White, the Sun Devils rank second in the conference with 846 total rushing yards and remain one of the conference’s leaders in total and scoring offenses in four games this season.

White may be the team’s leading rusher, but Daniels is still the straw that stirs the drink. The junior signal-caller is one of only four Pac-12 quarterbacks with over 1,000 total yards to his name, which starts on the ground. Daniels’ 248 rushing yards is the best mark in the Pac-12 and 10th in the nation among qualified quarterbacks.

But Daniels doesn’t make his money through read options or other quarterback-designed runs. Instead, he scrambles around the pocket and extends plays with his feet. His scrambling ability earned him comparisons to Russell Wilson, Lamar Jackson and Patrick Mahomes from Kelly earlier in the week.

Daniels, however, faces a much tougher prospect this week, matching up against the fifth-ranked rushing defense in the country in UCLA. The Bruins on average allow just 64 yards on the ground per contest, with only 10.5 of those yards per game coming from the opposing quarterback.

Where Daniels can hurt UCLA’s defense is through the air, as has been the case since Jerry Azzinaro was named the defensive coordinator for the blue and gold before the 2018 season. While the Bruins boast the fifth-best rushing defense, they also tout the fifth-worst passing defense in the nation, giving up 330.2 yards per game in the air.

The 2019 version of Daniels was up to the task, throwing for 267 yards and three touchdowns despite the Bruins’ winning.

But since Hill arrived in 2020, the passing game has been significantly less potent – and Daniels’ numbers have taken a hit while playing in the new-look multiple-tight-end sets.

In eight games between his sophomore and junior years, Daniels has crossed the 250 passing-yard threshold just once and has thrown for double the amount of interceptions from his freshman year. The San Bernardino native threw for 17 touchdowns in 2019 but only has two thus far in 2021.

It’s not for a lack of arm talent, as Daniels can still make every throw on the field. But the Sun Devils’ shift towards the ground and away from the air plays right into UCLA’s hands.

The throw that got Jayden Daniels into the 4️⃣K club. 🔱@JayD__5 » @__andre10 pic.twitter.com/fjXAaVQmEs

The Bruins should be able to limit Daniels’ rushing prowess as they did when they held him to only six rushing yards in 2020. If that’s the case, it’s unlikely Arizona State has enough passing plays in its playbook to fully exploit the weak UCLA secondary.

Looking at all the available data, it’s possible that this will be the best defense UCLA will play all year.

The Sun Devils rank at or near the top in nearly every defensive category in the Pac-12, including passing defense, rushing defense and scoring defense. They also boasted an upperclassman starter at every position on that side of the ball to start the season.

With two redshirt seniors, one senior and one redshirt junior starting on its defensive line, Arizona State is tied for the conference lead with 12 sacks, but its front seven has also proven to be stout against the run. The Sun Devils only allow 123.3 yards per game on the ground, good for fourth in the conference.

However, the front line only accounts for one part of the Sun Devils’ superb defense, as their linebacking corps is as deep as any unit in the country.

Linebacker Darien Butler leads the team in tackles, tackles for loss and sacks from his weakside linebacker position. As a whole, Arizona State’s linebackers hold the vast majority of the team’s tackles, sacks and interceptions.

Darien Butler was tremendous last night for the Sun Devils. He looked a step quicker, made multiple open field tackles and instinctive in coverage on his two interceptions. pic.twitter.com/npg7F1W85W

While it does not happen often, the Sun Devils have shown one area of vulnerability. Once its opponent is in the red zone, Arizona State has allowed them to score nearly 90% of the time, ranking 10th in the conference in the category. It has only been in such a situation nine times, the lowest mark in the conference, but it is something UCLA could use to its advantage Saturday.

Statistically, Arizona State’s crowning jewel so far during the season has been its passing defense. It has yet to give up more than 220 yards in the air in any of its four contests, twice limiting the opposing quarterback to under 70 passing yards.

Sure, the Sun Devils haven’t exactly faced a murderer’s row of signal-callers – and senior quarterback Dorian Thompson-Robinson will likely be the best one they face all season – but holding any Division 1 quarterback to under 70 yards is an accomplishment.

Thompson-Robinson is coming off one of his best games in the blue and gold a week ago, and if he can replicate that performance – even with his injured shoulder – the Bruins should have enough firepower to make the contest against the Sun Devils a fun one.

Edwards was complementary of the UCLA offense all week. Now it’s up to the Bruins to live up to expectations against the top defense in the Pac-12. 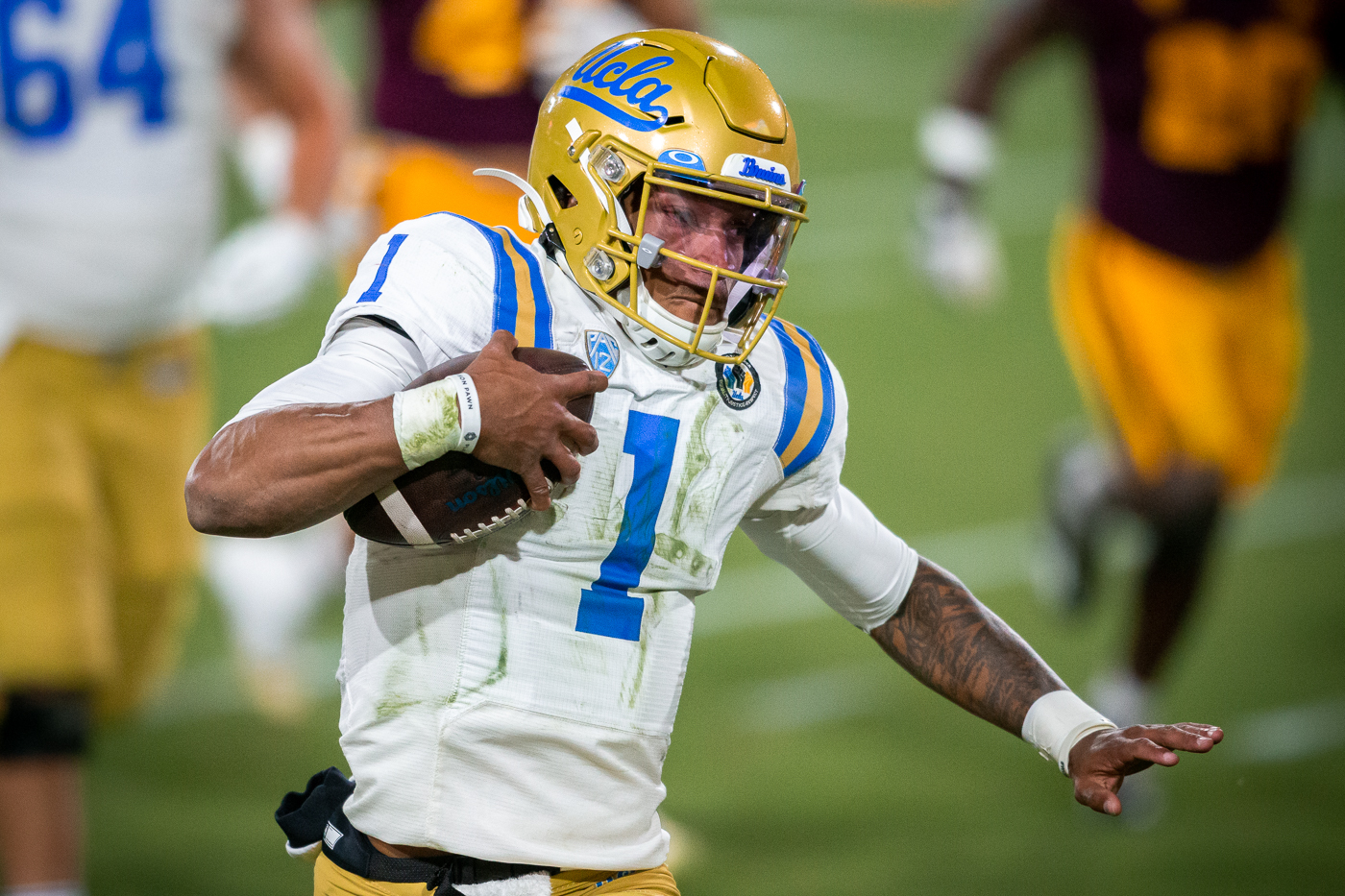 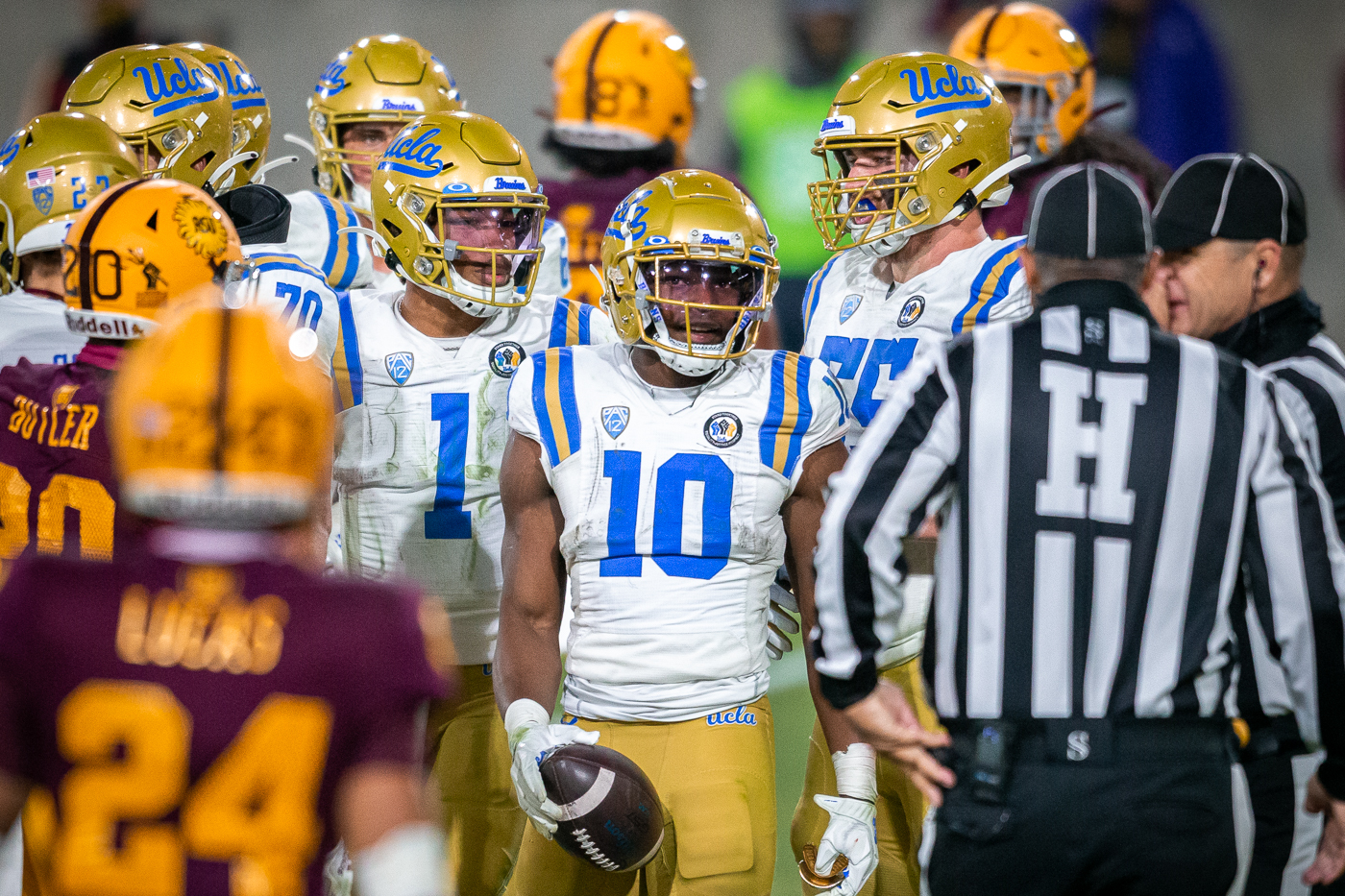