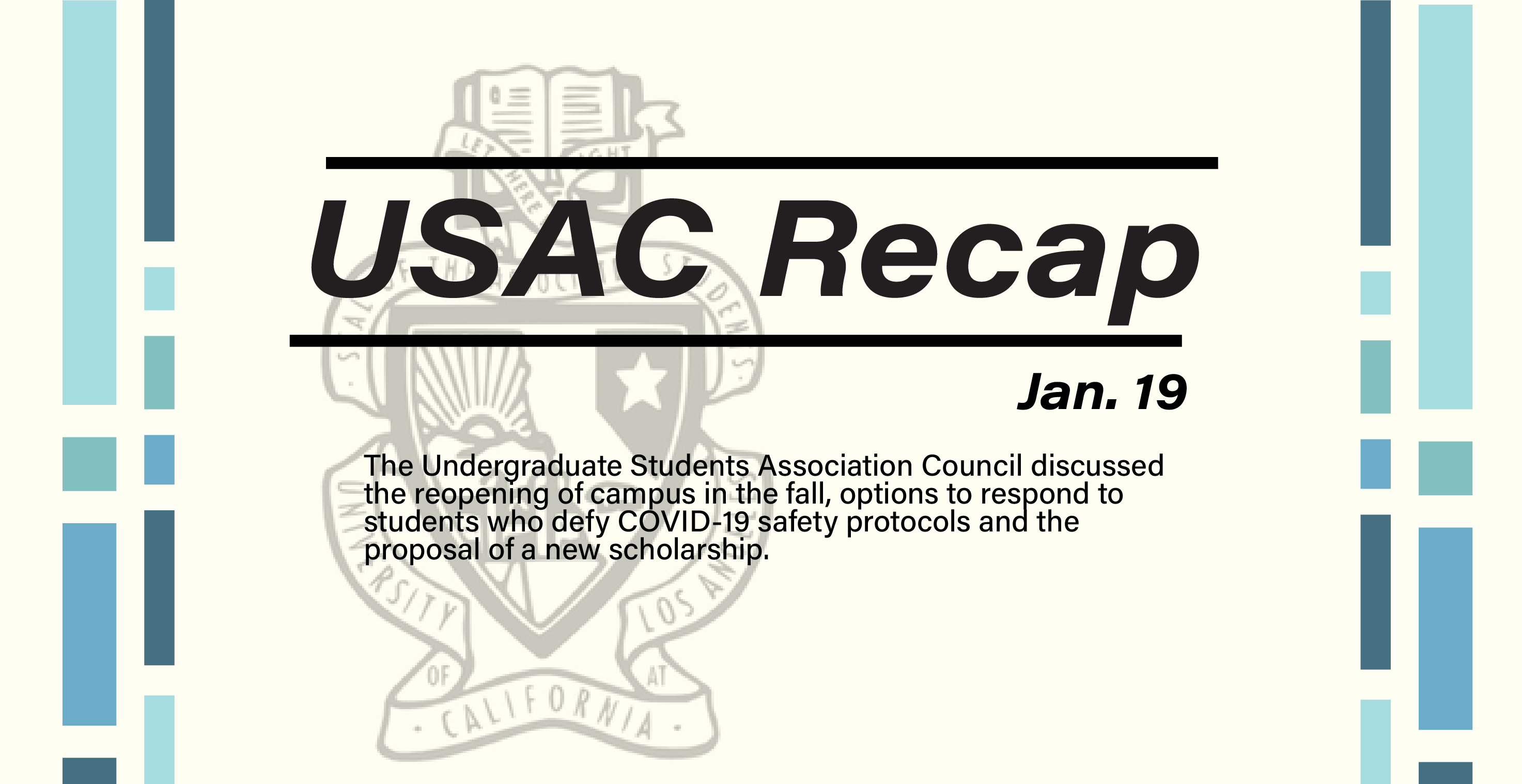 By Ben Brill and Jamie Jiang

The Undergraduate Students Association Council discussed the reopening of campus in the fall, options to respond to students who defy COVID-19 safety protocols and the proposal of a new scholarship.