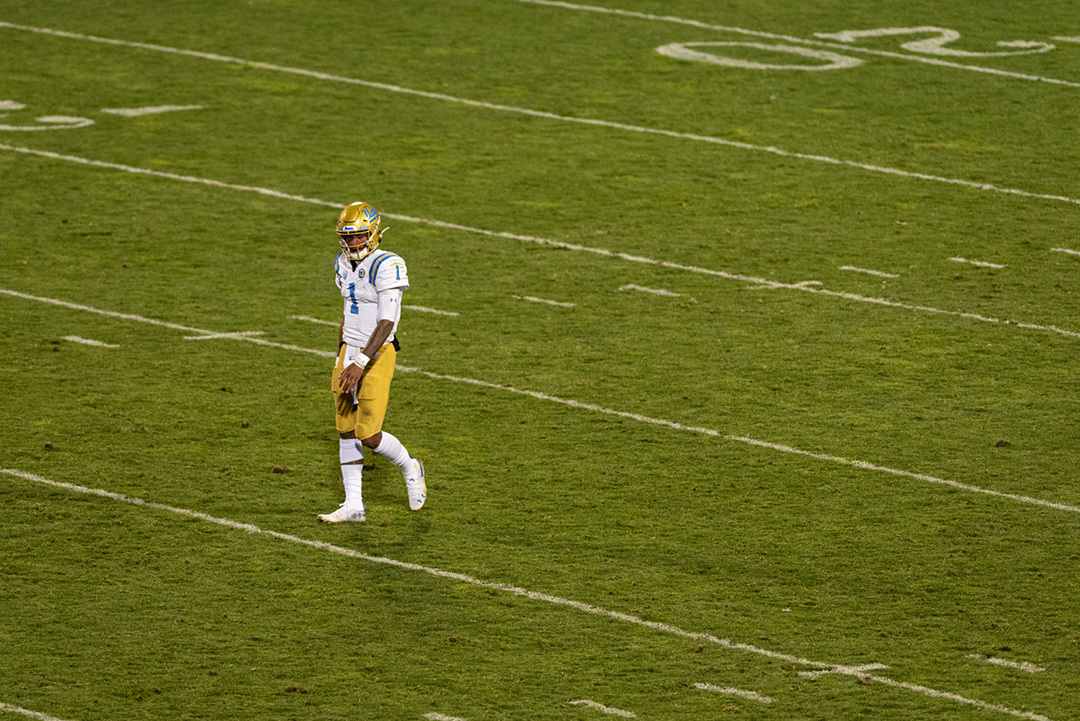 Junior quarterback Dorian Thompson-Robinson will have to wait to make his 2020 home debut after the UCLA-Utah game at the Rose Bowl was canceled Friday. (Liz Ketcham/Daily Bruin senior staff)

Another Pac-12 game has been canceled.

UCLA football (0-1) vs. Utah (0-0) has been canceled following positive COVID-19 tests from within the Utes’ program and the Pac-12’s isolation protocols after infection rules. Utah’s scheduled season opener at home against Arizona was deemed a no contest last week because of the team’s inability to field 53 scholarship players – the minimum number required by the Pac-12.

The Bruins and Utes were originally supposed to play Friday at the Rose Bowl, but earlier this week, the game was moved back a day to Saturday night. Now it has been canceled altogether.

“I share in the disappointment felt by our football student-athletes, coaches and staff at the news of the cancellation of our home opener tomorrow against the University of Utah,” said Athletic Director Martin Jarmond in a statement posted on Twitter. “Disappointment aside, there’s no question it was the right decision. The health and safety of Pac-12 student-athletes, coaches and staff remains our guiding principle. As we have said all along, this season is all about remaining flexible, and our team will stay ready to play.”

There has been speculation about UCLA playing California this weekend, after the Golden Bears’ scheduled game against Arizona State was canceled Friday morning because of several Sun Devils players and staffers testing positive as well. California – whose opening contest against Washington was also canceled – has yet to play this season.

The week two matchup between UCLA and Utah is the fourth Pac-12 contest to get canceled in just two scheduled weeks. It also marks the 15th game to be canceled or postponed this weekend alone.

So far, only four Pac-12 games have been played. 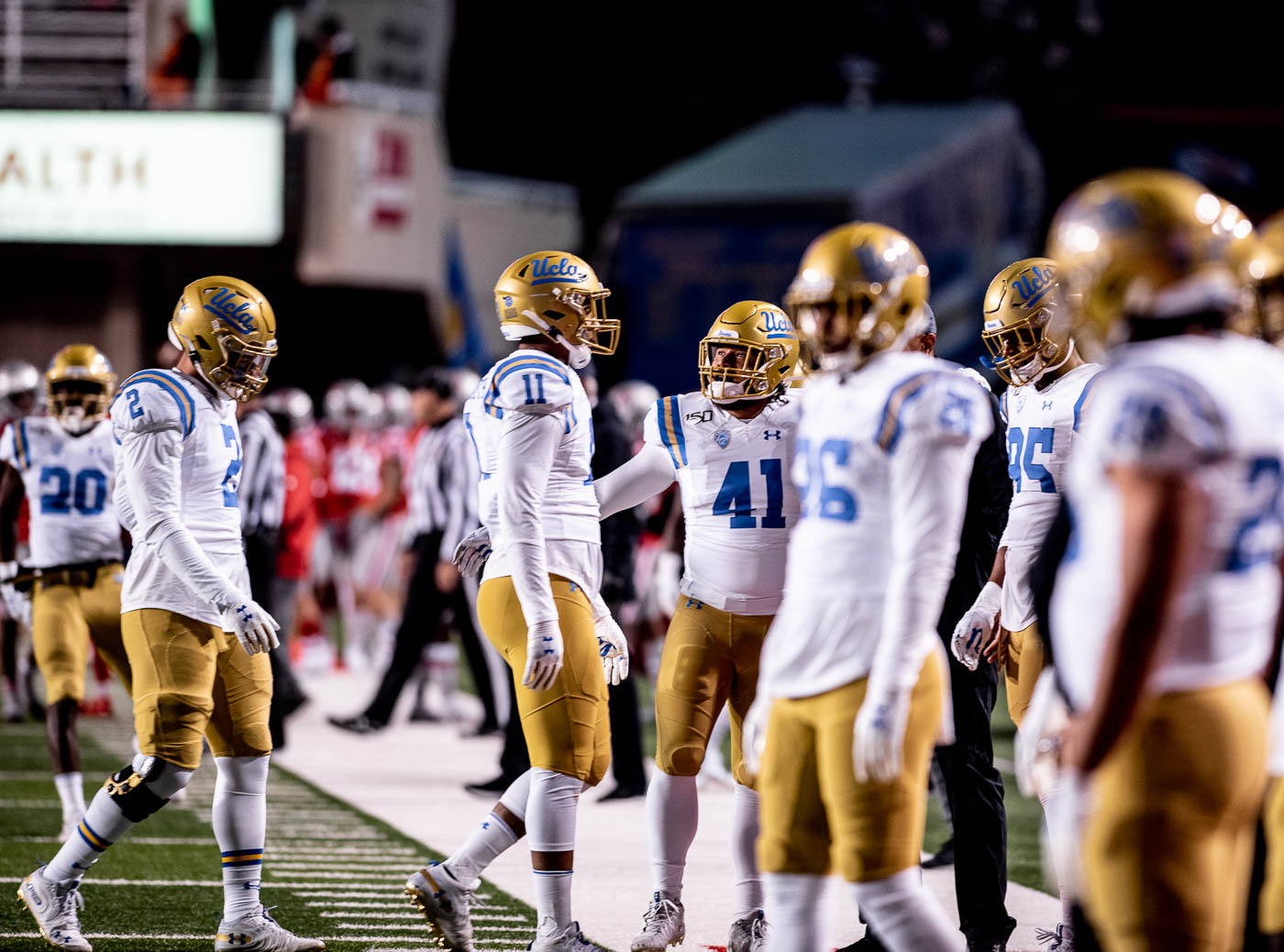