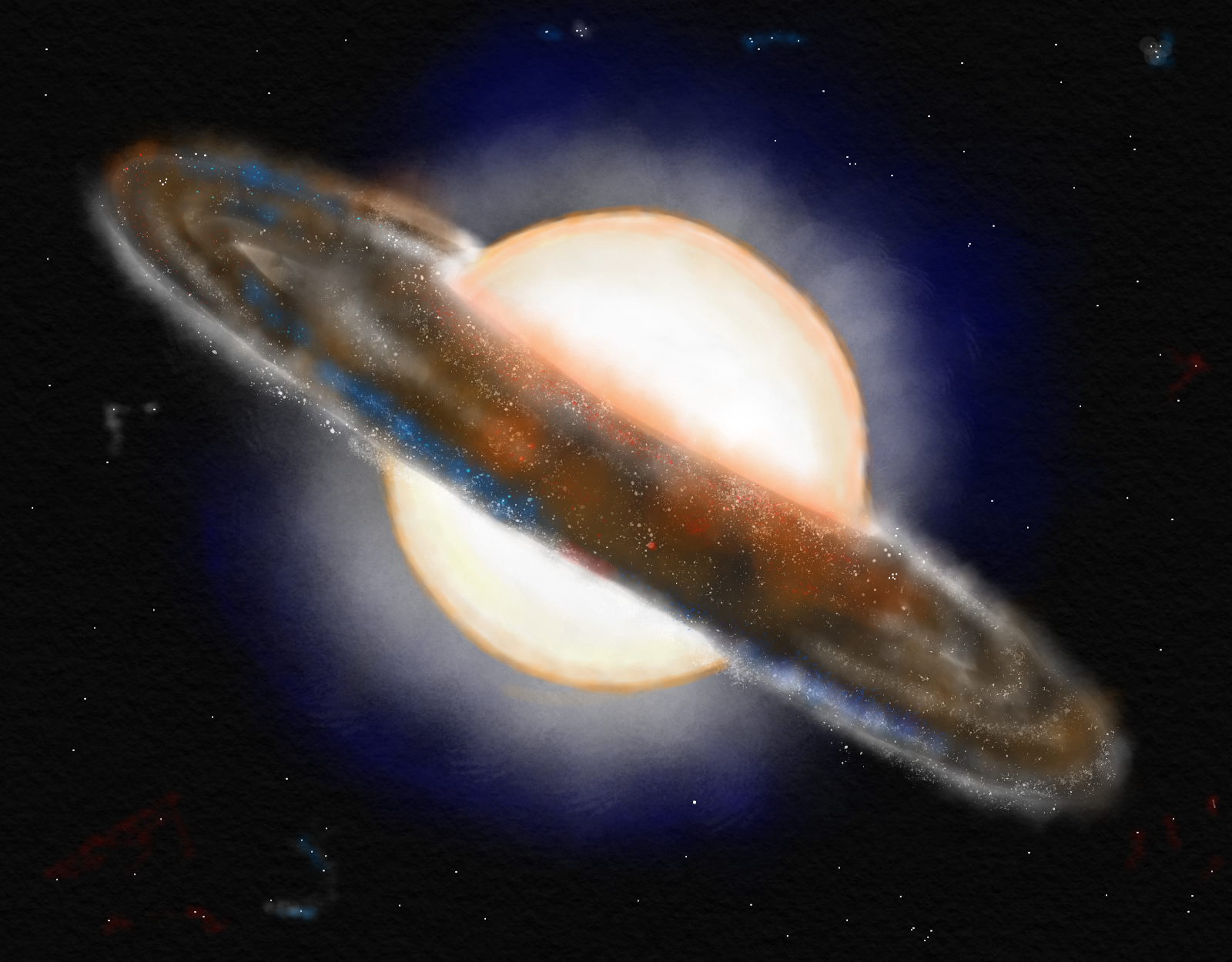 Researchers previously thought the Milky Way bulge was formed over several star bursts and over a long period of time. However, a team of researchers found that the structure formed in a single star burst. (Illustration by Shruti Iyer/Daily Bruin staff)

The center of the Milky Way formed quicker than previously thought, a UCLA researcher found.

Astronomers previously thought the center of the Milky Way galaxy was formed in several bursts over the course of several billion years, said Michael Rich, an adjunct astronomy professor at UCLA. But Rich, along with a team of researchers at Indiana University, University of Michigan and the Space Telescope Science Institute, found the center formed in a single burst.

The Milky Way, the galaxy that contains the solar system, is shaped like a flat disk with a tightly packed group of stars that are rich in metals in the center, Rich said. The center of metal-rich stars is what astronomers refer to as the bulge, he said.

“Imagine a fried egg and you put two fried eggs together and the yolks together make something that looks like a bulge,” Rich said. “In studying the stars there in detail, we actually get a window on the first billion years that our Milky Way was formed.”

Catherine Pilachowski, a co-author in the study and a researcher from Indiana University, said the research helped give researchers a picture of the formation of the bulge.

“There are these complicated structures that we see in the bulge,” Pilachowski said. “And yet our data shows that the bulge was formed in a single massive event of star formation.”

Studying the stars in the bulge allowed researchers to gather information on the metal contents, which gave information into the origin of the Milky Way, Rich said.

“When these stars exploded, they produced metals that were incorporated into new generations of stars,” Rich said. “Those stars exploded and so forth. (By looking at the bulge), we get an insight into how many stellar explosions build up the metals that are in the center.”

This research was possible through the invention of the Dark Energy Camera, the largest camera in astronomy, said Will Clarkson, a researcher from the University of Michigan and co-author in the study.

DECam also let scientists gather information about the chemical makeup of stars more efficiently because the images can be taken across a wide range of wavelengths, Clarkson said.

The images were then run through a computer program which gave brightness measures for each individual star, Rich said. Christian Johnson, a co-author of the study and a researcher at the STScI, coded the program.

By assembling chemical abundances for a large number of stars, the researchers were able to conduct a uniform study over a wide area, Clarkson said.

“We can measure the chemistry of the millions of stars just by taking images of them rather than taking spectra, which is much more time consuming,” Clarkson said.

DECam’s technology let researchers collect more data from stars in the bulge than anyone else has done in the past, Pilachowski said.

Pilachowski added that the DECam was built for physics experiments that looked at properties of dark energy.

“But it’s also great for what we need,” she said.

Galactic bulges are an important part of how spiral galaxies formed, Clarkson said.

“Many spiral galaxies have a bulge like that of the Milky Way galaxy,” Clarkson said. “By learning about our own galactic bulge, we can learn about the formation of other spiral galaxies throughout cosmic time.”

Clarkson said the bulge is normally a difficult part of the galaxy to visually study.