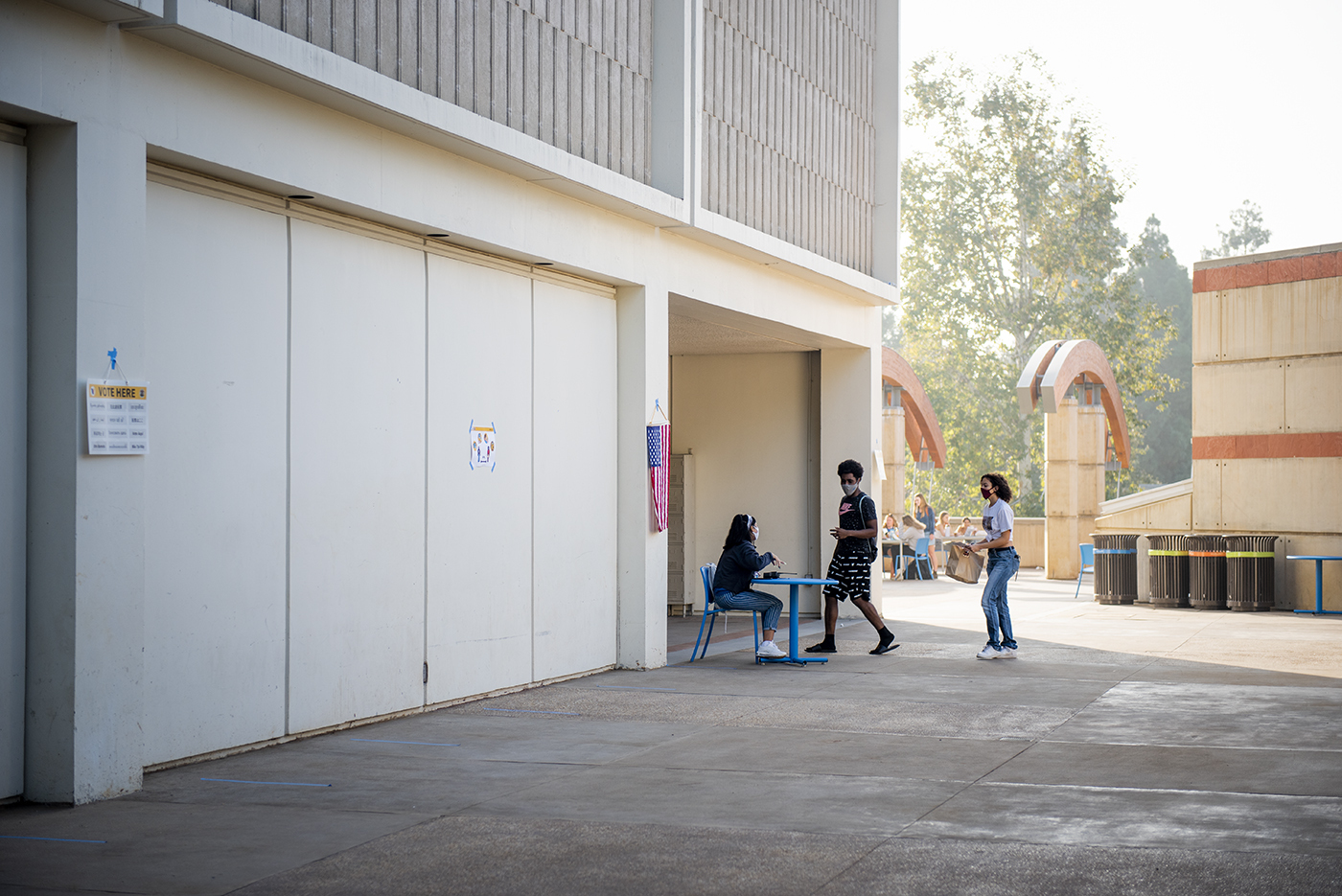 Unlike during the California primary elections in March, when some students waited more than four hours to cast their ballots, voters experienced little to no wait times during Tuesday’s election.

Two voting centers on campus – Ackerman Student Union and Bradley International Hall – opened their doors at 7 a.m. to let voters in. Although polls close at 8 p.m., people who are in line at 8 p.m. will still be able to vote.

Jennifer Stoudenmire, a poll worker at Bradley International Hall, said there was a consistent stream of people coming in, but no one had to wait.

By 4 p.m. on Tuesday, at least 350 voters had cast their ballots at Ackerman Union’s polling center, said Mike Sanchez, a spokesperson for the Los Angeles County Clerk in an emailed statement.

The vote centers also implemented public health guidelines because of the COVID-19 pandemic. Voters are required to wear face coverings and social distance, according to the LA County Clerk website. Vote centers provide masks, gloves and hand sanitizers for voters and sanitize polling machines in between each use, the website added.

“I’m pretty scared of (COVID-19),” Lara said, “Everything was socially distant. … They wiped down everything the moment I touched it.”

The 2020 election feels historic even beyond the COVID-19 pandemic, some voters said.

Elle Rieger, a third-year communications student and first-time voter, said she woke up at 6:30 a.m. to avoid lines at the Ackerman Union.

“I just felt really excited to use my voice,” Rieger said. “And it feels really cool to be able to do that because it was my first time voting in the general election.”

Claire Stockard, a third-year biology student who voted at Ackerman, said she voted because she felt strongly about immigration issues.

“I have a lot of friends who are undocumented, and I’m mostly voting for my DREAM-er friends who deserve to stay in the country,” Stockard said.

BruinsVote, a student coalition that aims to promote voting, set up tables and dispatched volunteers on campus Wednesday to help voters navigate the polls.

“We’ve also been running get out the vote efforts for the past few weeks, encouraging people to vote early and to vote by mail,” Levy said. “So we are actually expecting a pretty quiet day because we’ve been pushing early votes so hard (and) because of (COVID-19).”

Bonnie Macdougall, an Ackerman Union voter, said although she is stressed about the election, she has faith in the United States electoral system.

“I see everybody getting anxious, and the news is reporting election stress,” Macdougall said. “Certainly change is stressful, but I have faith in the system, and I look at it as a long-term process.” 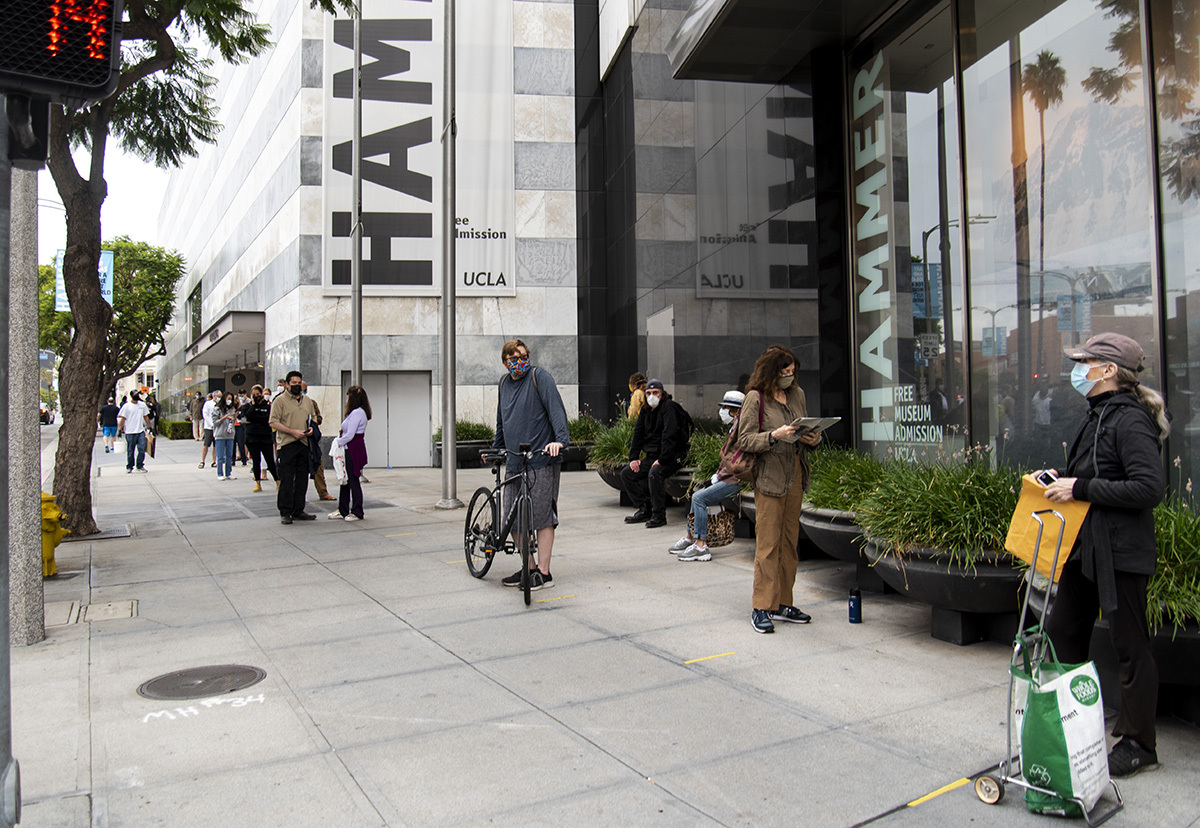