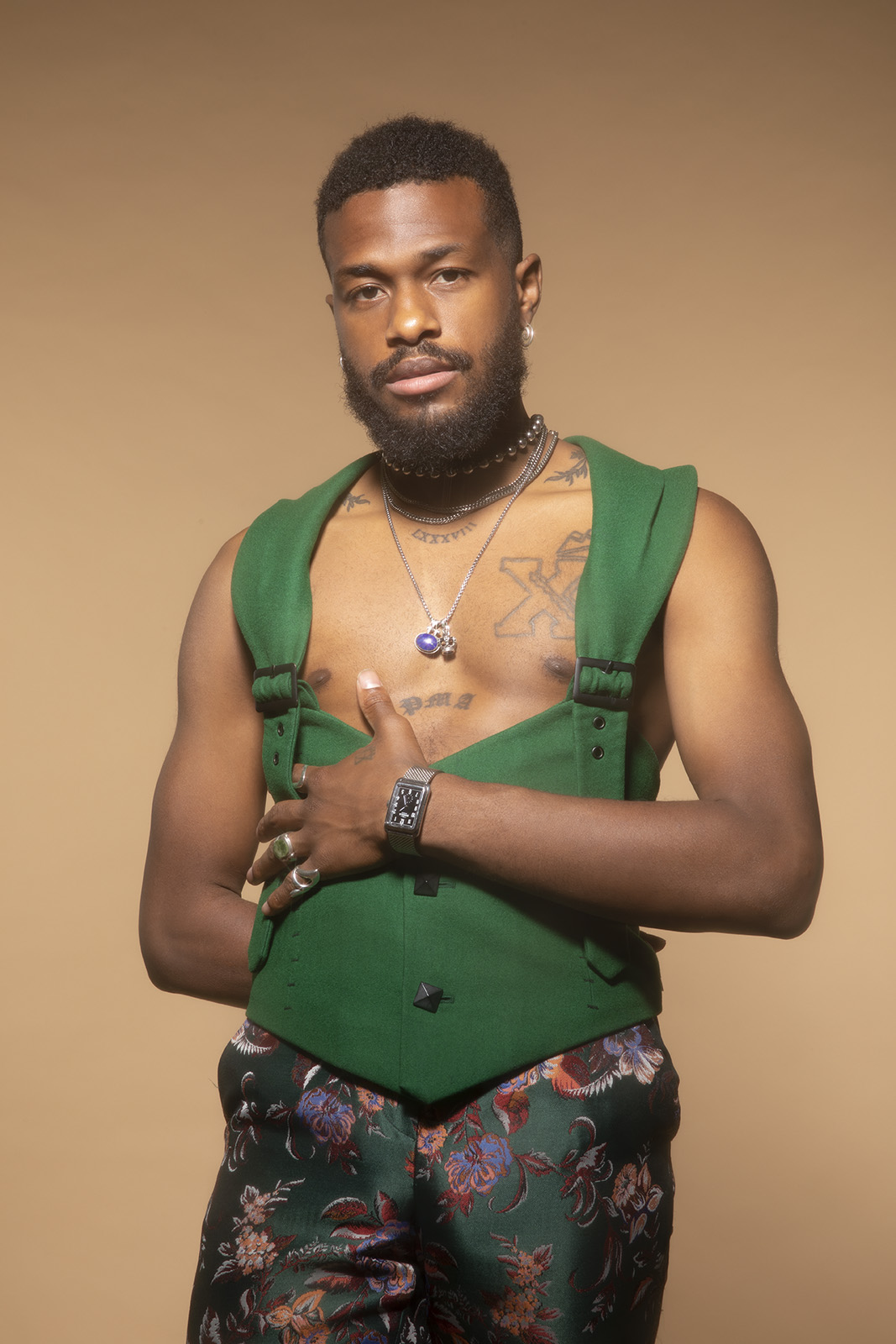 By speaking with conviction, DUCKWRTH said he hopes to break the mold of the conventional rock star lifestyle that most artists live. His newest album “SuperGood” sprinkles in a bit of magic to the artist’s hip-hop music. (Courtesy of Universal Music Group)

DUCKWRTH spoke with the Daily Bruin’s Natalie Brown in a panel organized by Universal Music Group’s °1824. Prior to the panel, journalists submitted questions that were presented by moderator Kadijat Salawudeen. The rapper discussed his South Central Los Angeles upbringing and musical nods to successful Black artists in his latest album, “SuperGood.”

Kadijat Salawudeen: What was it like growing up in LA and how has that influenced your music?

DUCKWRTH: Growing up in LA, especially in the ’90s and 2000s, was beautiful – it was always sunny and the beach was always cracking. (Los Angeles) is kind of like its own weird utopia. But on the flip side, there was a lot of trauma and gang activity happening in the ’90s. A lot of my youth was (spent) learning how to survive, whether that be by ducking bullets in a drive-by or going to Inglewood High School with blood members who would jump random people.

I think that being raised specifically in South Central Los Angeles gave me a backbone.

KS: The “SuperGood” cover art is different from the covers you’ve had before. Does that reflect differences in your current sound?

D: I feel like my covers have always been a bit (fantastical) in certain ways – from “an XTRA UUGLY Mixtape” to “THE FALLING MAN,” where I was playing the character of a king who falls to his demise because he doesn’t know how to love. So, the cover (for “THE FALLING MAN”) is a little bit darker. For (“SuperGood”), it’s mainly about love and what happens when a character does fall in love, so it’s like a yin and yang to “THE FALLING MAN.”

For (“SuperGood”), I just wanted to explore. I feel like the ’70s – especially for Black people – was a time for celebration. We just came out of the civil rights (movement) and Black people started to gain certain freedoms. When Black people started to go back into who they are and their original essence, a bit of magic happened. In the ’70s, I think that’s why you see such eclectic style, colorful music and beautiful album covers. I wanted to tap into that (magic) because I feel like we’re coming to that same energy in the 2000s.

KS: Who are some of your biggest inspirations and influences?

D: My biggest influence would be OutKast – at least on the hip-hop side. Just because as a young person in South Central, (OutKast) showed me that there is a way to be a Black creator. They made (me feel) comfortable in my skin because I was different growing up, and there wasn’t space held for different Black kids. They’ve always inspired me not just musically … and I want to do that for this generation as much as I possibly can.

KS: How are you maintaining your authenticity both in your music and your appearance?

D: For me, if I’m going to be doing music, I want to show (listeners) a healthy artist. You see so many times that the most genius artists are … egotistical or they’re drug abusers or they’re physically abusive to their spouse. It’s that whole rock star lifestyle that will inevitably bring their demise. I don’t (mess) with that image and I feel like there’s a way to portray a healthy artist – and that’s through just being true to yourself.

A lot of music today, much like fast food or fast fashion, doesn’t really last too long. But the artists that are true to themselves and speak with conviction – those are the ones that really resonate with people. If I’m going to be an artist – if I’m going to be a rapper – I’m going to try and be as authentic as I possibly can.