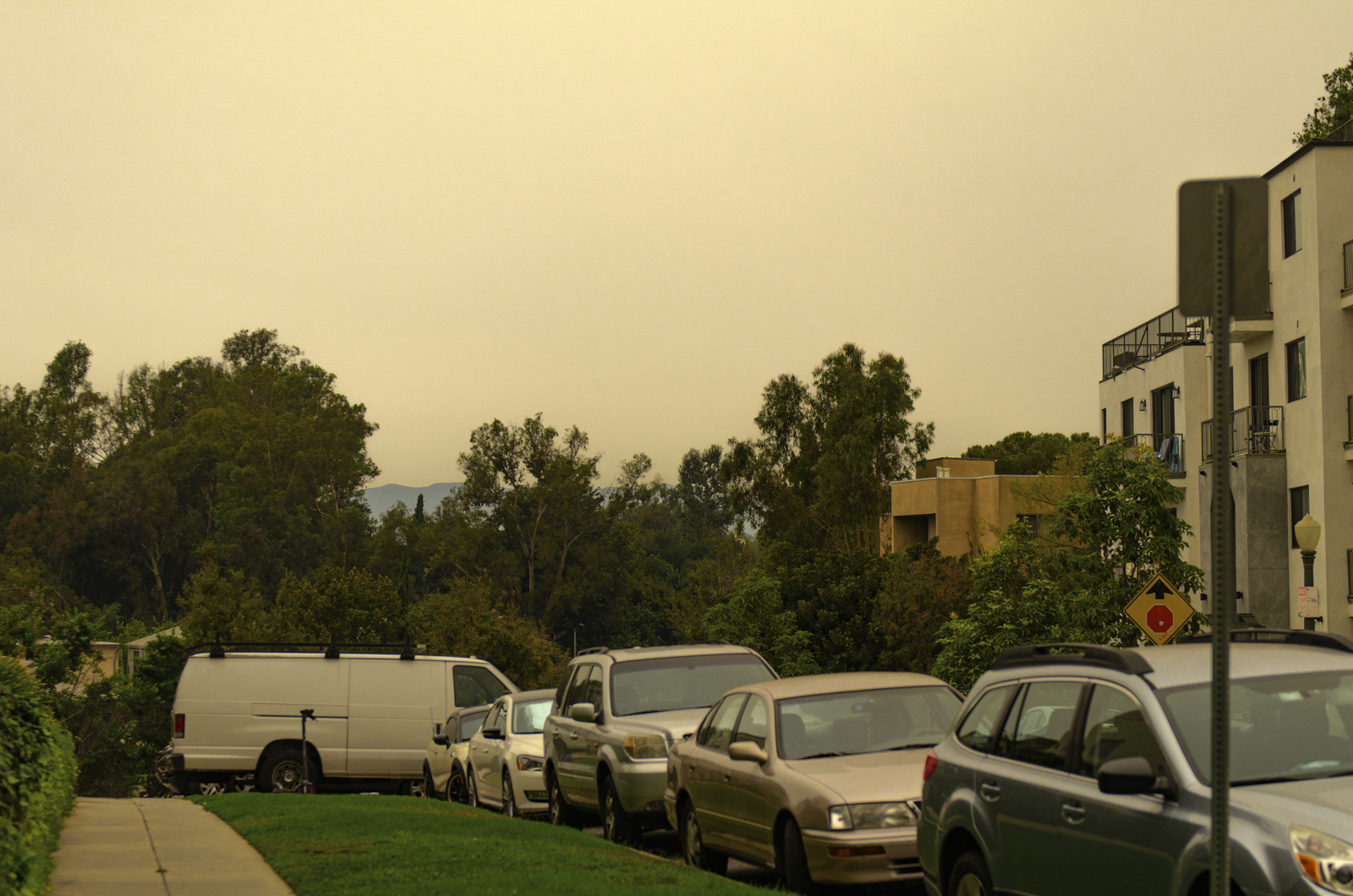 Air quality in Los Angeles will remain unhealthy throughout the week as nearby fires continue to spread. (Kanishka Mehra/Photo editor)

Air quality in Los Angeles is projected to remain unhealthy throughout the week because of several nearby wildfires, including the Bobcat fire.

Los Angeles has an Air Quality Index rating of 130 as of Thursday, which is considered “unhealthy for sensitive groups,” according to IQAir. Air quality is forecasted to remain unhealthy until Saturday, after which air quality is projected to return to a “moderate” or “good” level.

The Bobcat fire began Sept. 6 in the Angeles National Forest and has since spread to more than 50,000 acres, according to the U.S. Forest Service. The fire is now 3% contained, pushing the estimated containment date to Oct. 30. The cause of the fire is still under investigation.

The South Coast Air Quality Management District designated Los Angeles as an area of direct impact for smoke and ash of the fires. The SCAQMD advises residents to limit outdoor exposure and remain indoors with windows and doors closed.

[Related link: Air quality in Westwood deemed unhealthy as a result of nearby fires]

Firefighters are focusing resources around the Mount Wilson Observatory, as the flames began to burn within 500 feet of the science station Tuesday afternoon, according to a tweet on the Angeles National Forest Twitter page. Spot fires have now also broken out across Highway 2.Officials have asked residents in Arcadia and Sierra Madre to voluntarily evacuate, according to the U.S. Forest Service. Evacuation warnings remain in place for foothill communities in Monrovia, Bradbury, Sierra Madre, Arcadia, Altadena, Duarte and Pasadena. 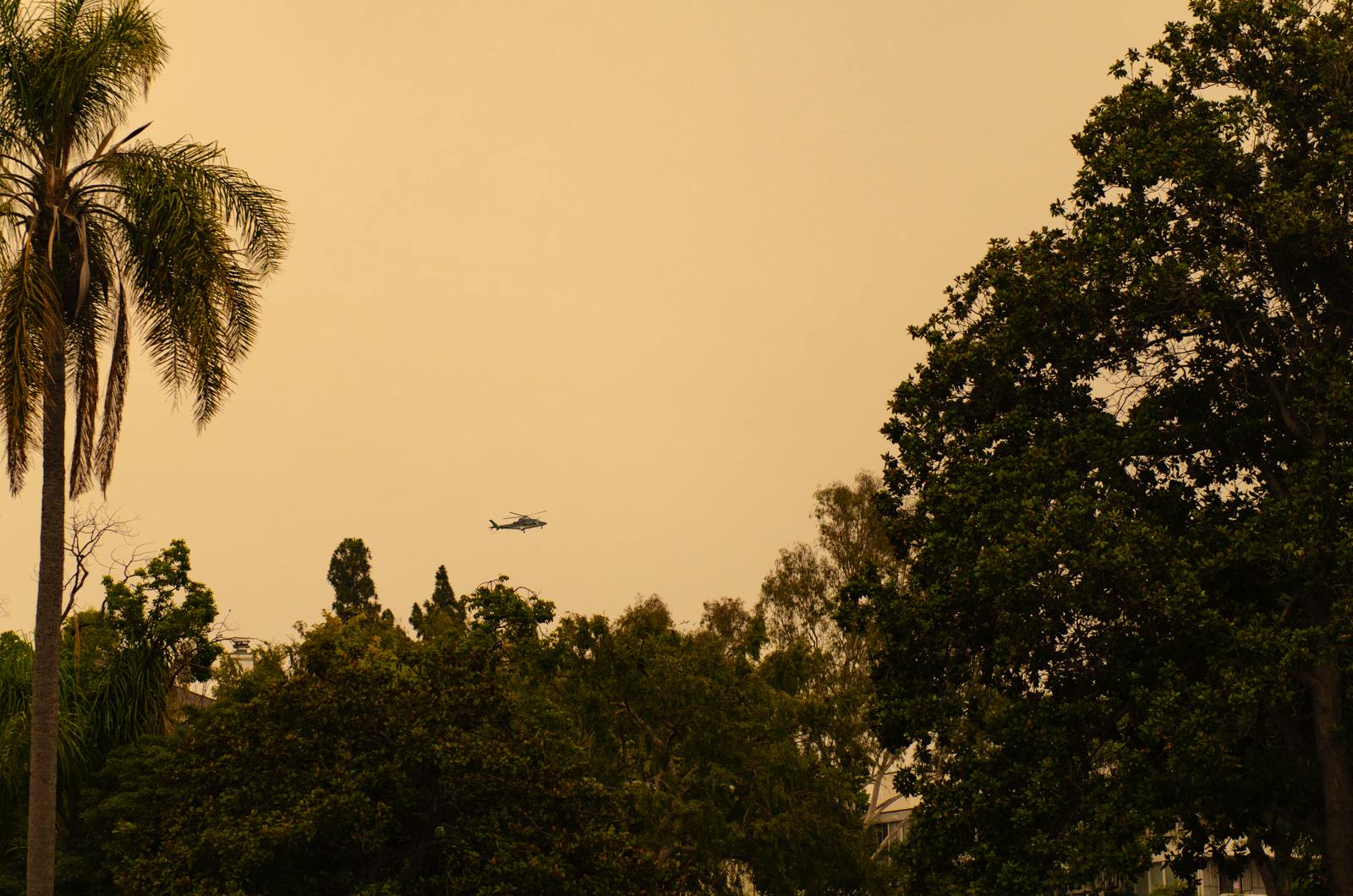