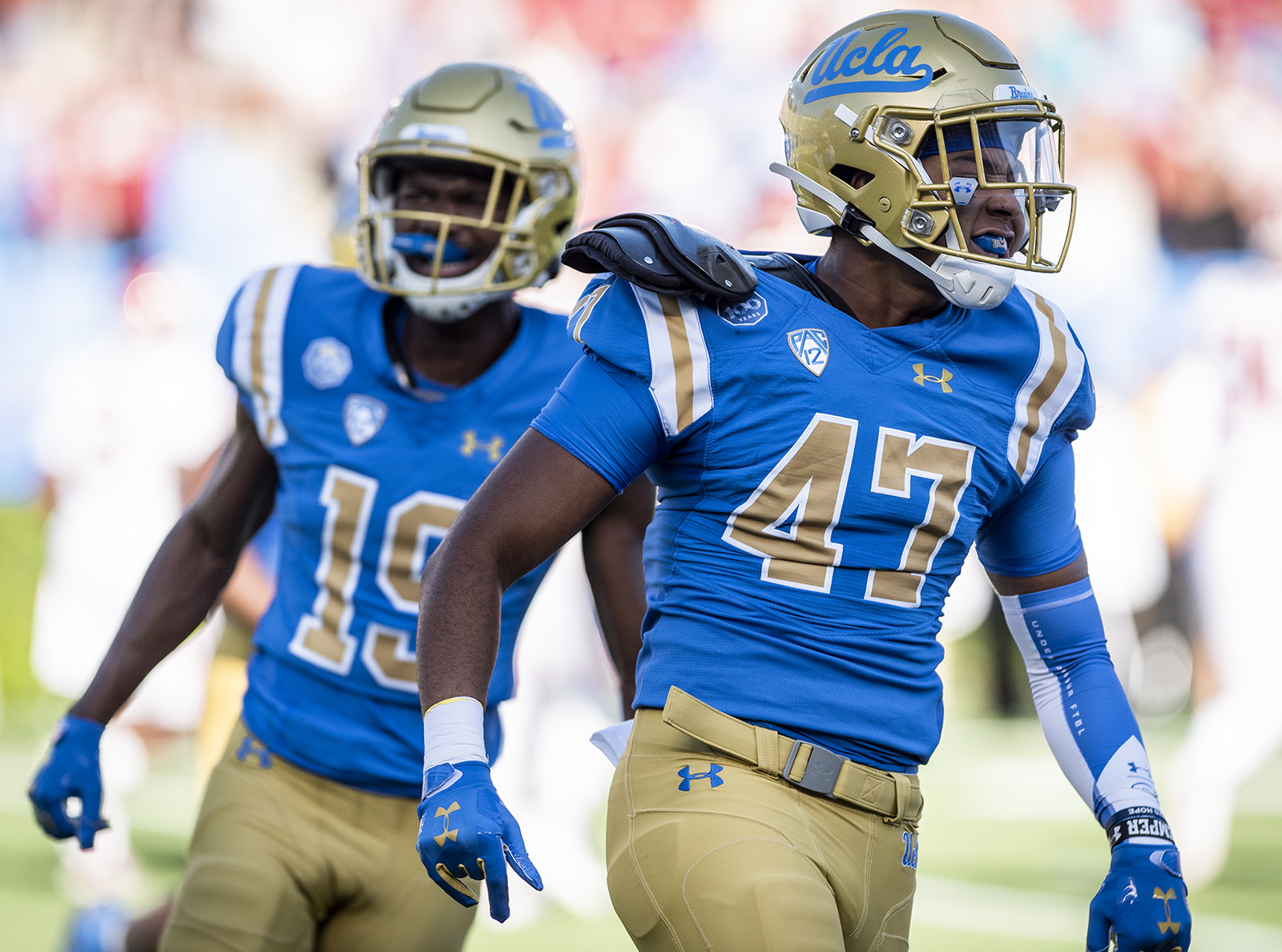 UCLA’s suing of Under Armour could spell disaster for the university if it loses the lawsuit and its apparel partner in one move. (Liz Ketcham/Daily Bruin senior staff)

An enormous waste of time, money and resources.

In case anyone missed it, on Aug. 26, UCLA filed a lawsuit against Under Armour after the apparel company decided to unilaterally terminate its 15-year, $280 million contract with UCLA in June.

The university alleged Under Armour is using the current pandemic to cancel the terms of the deal because Under Armour no longer has the means to pay UCLA. The company is also being investigated by the U.S. Securities and Exchange Commission for misleading financial statements, according to the suit. Under Armour initially stated UCLA broke contract terms for three separate reasons.

Reading the 25-page suit, I only came to one conclusion: This drawn-out battle will not be beneficial for UCLA or UCLA Athletics.

Even if the school wins the case, the fallout will not favor the university. It’s time for UCLA to cut its losses.

UCLA may have tried to renegotiate this deal since Under Armour tried to cut and run. But in November, Under Armour revealed the SEC hit the company with an investigation into possible financial misdeeds. Former CEO Kevin Plank announced he was stepping down in October, allegedly in response to the incident, according to the suit.

This investigation should raise red flags for UCLA. Rather than fight to reconcile, UCLA should be wary of getting burned again by a partner anxious to leave and is already dealing with allegations of fraud.

Now, UCLA says in the suit it would have moved on if it had a similar deal with another company or known that Under Armour was committing fraud. Its actions say otherwise. Fighting to stay in the deal now demonstrates willful ignorance to the problems Under Armour poses.

Additionally, UCLA Athletics reportedly carried a nearly $19 million deficit into the new year, which will only be increased by the pandemic and postponement of sports. This lawsuit, if lost, will run the deficit further.

Who would be responsible for helping to pay off the lost legal battle? Students.

UCLA might find a new sponsor, but as long as this drags on, the school will not be in any position to negotiate. Suing your former apparel partner is not the best look for potential brand deals in the future.

While Athletics might have some leftover funds somewhere, the burden will ultimately fall onto the students who pay to attend the school, as it always does when universities get bold with their spending.

Finally, UCLA’s filing makes it clear that the school is asking for a jury case. In the city of Los Angeles, UCLA expects to find 12 unbiased citizens to pity the school for entering a deal worth more than $200 million in a city ravished by an ongoing pandemic.

Unbiased is a key word there. The judge assigned to the case happens to be a UCLA alumnus.

Perhaps this is all a negotiation tactic by UCLA to show Under Armour that the university is serious about following up on its threats and puts the company in a worse negotiating position. If that were true, then the damning things said by UCLA in the suit — from saying Under Armour is late on payments and delivering shoddy products — could make this a rocky relationship going forward.

Maybe it’s not though. Maybe UCLA is risking its time and money that could be spent negotiating with other brands — preferably ones not under federal investigation — to pursue this case. If UCLA loses, the consequences could be widespread, as we’ve seen other universities cutting teams even without going through these costly lawsuits.

The university had better get this one right. Otherwise, others will pay for the mistake.