The Quad: The current state of the USPS and how changes will impact voting in Nov. 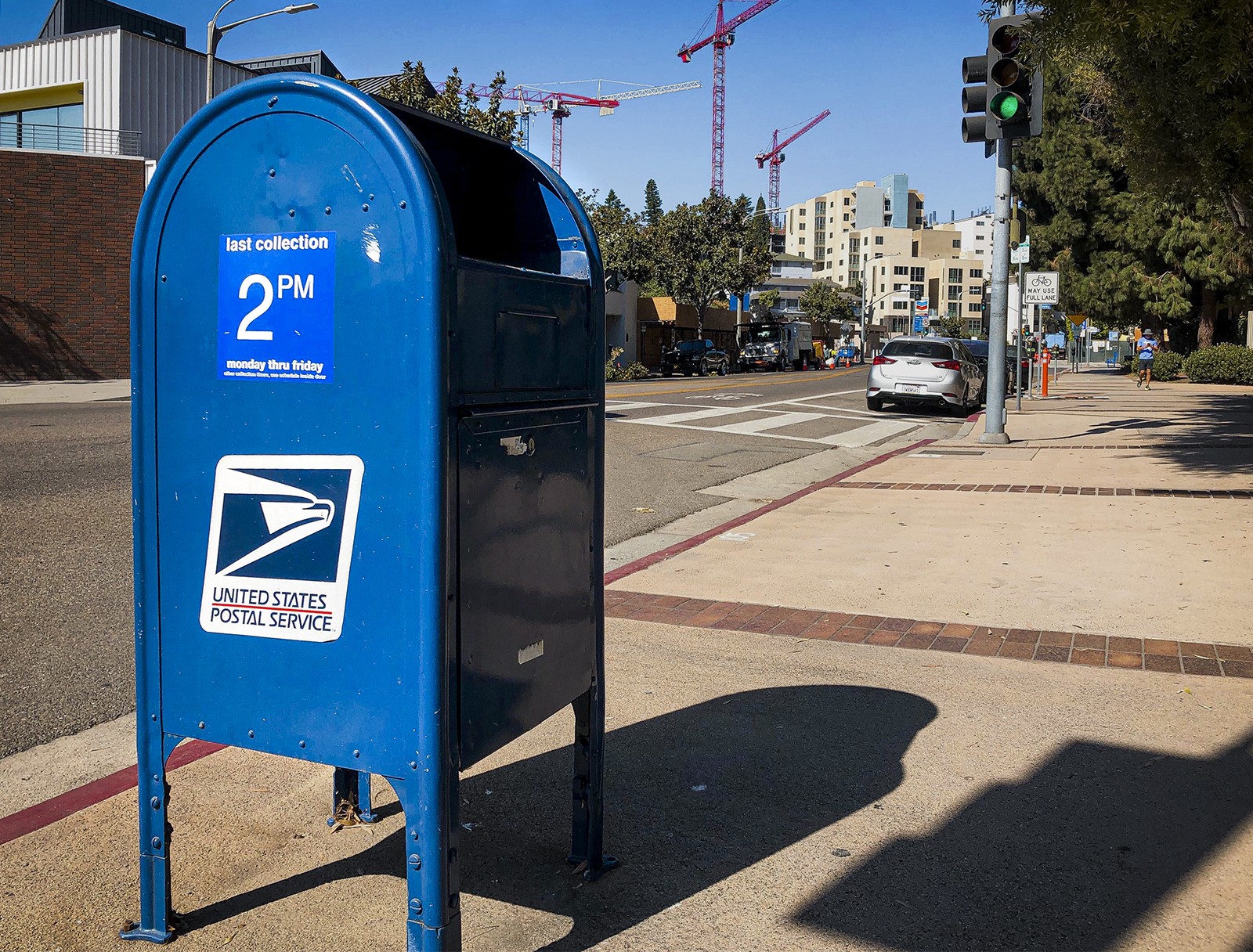 A struggling USPS has captivated the nation’s attention as we approach Nov.’s election. (Kanishka Mehra/Photo editor)

From movie theaters to theme parks to our own Stan’s Donuts, the list of people and places hit hard by the COVID-19 pandemic continues to grow. But even though we’ve watched the extent of the pandemic’s destruction in awe, many of us probably didn’t expect its next victim to be the postal service.

The pandemic has left the United States Postal Service struggling with huge delays and major backlogs of letters and packages. Nationwide slowdowns and existing financial problems have worsened. And now, with talk of unfair play on the part of the Trump administration, the USPS has been pushed to the center of an already tense election year.

The pandemic has only fueled the downward financial spiral the USPS has been experiencing for years. As time has passed, compensation and benefits costs for employees have increased while the volume of First-Class Mail – the biggest source of revenue for the USPS – has steadily declined.

Though the USPS enjoyed a brief surge in package delivery early in the pandemic, a $4.5 billion loss was still reported between Jan. 1 and March 31 – more than twice what it lost during the same period last year. Accordingly, the USPS told Congress in April that its funds would be depleted by September without government aid.

The toll of the pandemic led the USPS to ask for $25 billion in federal funds as part of the second pending COVID-19 relief bill. However, President Trump publicly opposed this request, claiming that universal mail-in votes would promote voter fraud.

Mark Peterson, a UCLA professor of public policy, political science and law, said that these claims made by Trump are false.

“There is a litany of ways in which voting by mail, which he and his family use, is made secure,” Peterson said. “This really should not be a partisan issue.”

Understandably, many people are thinking twice about showing up to the polls in the middle of the pandemic. This means mail-in voting and absentee ballots are going to be vital in preventing polling places from becoming coronavirus hotspots. But in the twisted way characteristic of most things in 2020, it seems that the more we need the USPS, the less we’re going to have it.

“USPS is now one of the oldest and most trusted agencies in the government, reaches every nook and corner of the nation, and moves mail for the same price throughout the entire country, no matter how remote,” Peterson said. “It doesn’t need to be invented or created … but it does require the resources necessary to handle an unusually concentrated volume of mail.”

The new Trump-appointed postmaster general, Louis DeJoy, announced major structural changes to the USPS – like a management hiring freeze – Aug. 7. But after an outpour of protests from the public and other political figures, DeJoy announced Aug. 18 that these new changes would be suspended until after the election.

DeJoy’s efforts, however, seem to have done little to quell concern. This may stem from reservations about the neutrality of DeJoy himself: a donor of the GOP and Trump campaign, one of the few postmaster generals to come from the private sector and a stakeholder in XPO Logistics – a contractor of the USPS.

The House of Representatives went on to pass the Delivering for America Act Aug. 22, which bans these types of changes to the USPS’ operations until at least Jan. 1 and appropriates the $25 billion funding for the USPS. However, according to CNN, it seems unlikely that the Republican-dominated Senate will even vote on, much less green light, the bill.

Despite actions taken to help the USPS stay afloat, many continue to hold fears about the prospect of an unfair election.

Sonni Waknin, the managing law fellow at the UCLA Voting Rights Project and a UCLA School of Law graduate, said a concerted effort to suppress voters might be at play.

“Right now, a lot of states don’t have requirements or excuses to obtain a mail ballot, so you’re able to vote at home,” Waknin said. “It was seen as an equitable, safe solution. And now, because we can’t suppress voters in person, we’re trying to suppress voters at home. And the way to do that is to ruin the USPS.”

Trump, DeJoy and the USPS are now being sued by over 20 states as a result of the ongoing mail slowdowns. A federal judge gave the Trump administration until Sept. 6 to provide answers and turn in hard evidence about the policy changes to the USPS. The USPS will also be forced to respond with details of how ballots are going to be counted in November.

Fortunately, there are still steps voters can take to participate in the election and ensure their votes get counted. Lynn Vavreck, a political science professor at UCLA, urged people to plan ahead and to be diligent about checking voter laws in their area.

Students will also have many opportunities to cast their votes on campus, Aidan Arasasingham, the external vice president of the Undergraduate Students Association Council and the president of the University of California Student Association, said. Mail-in ballots can be dropped off on campus at any time free of charge and in-person voting will be available at the Ackerman and Hammer Vote Centers for the four days leading up to Election Day.

“Put simply, my advice would be ‘register early, vote early,'” Arasasingham said. “This could be the most important election of our lifetimes and the peril that this pandemic and USPS controversy has placed it in only raises the stakes. But if you take the time to register early, vote early and track that your ballot is received, then you can do your part in making our election safe and secure.”

Though the spotlight on the USPS is especially glaring this election year, the agency has long been the lifeline for many communities, delivering life-saving medications, retirement and stimulus checks and social security pensions. It also provides jobs to more than half a million Americans and has helped keep life moving in a time when all of us are staying home as much as possible.

“The USPS is a public service that people rely on to do extremely important things and that was something that we never thought people would game or try to use to stop people from voting,” Waknin said. “So I think it does shed light on what are the protections going forward that we need to push forward to ensure that if we’re kind of in this new age of the world where we might have another pandemic.”