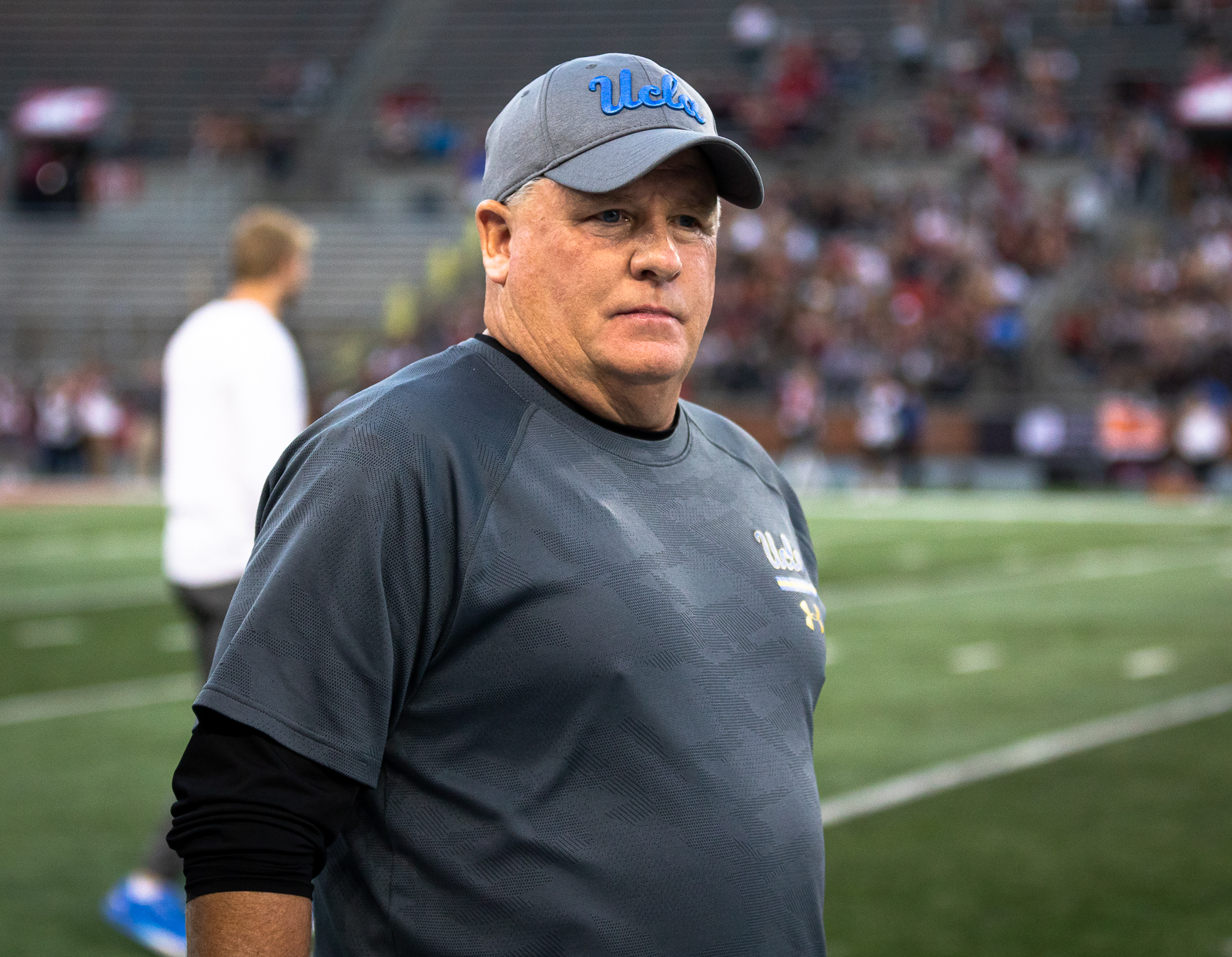 Coach Chip Kelly, along with new Athletics Director Martin Jarmond, participated in a Zoom press conference Tuesday, just hours after learning his team would not be competing in the fall. (Tanmay Shankar/Daily Bruin senior staff)

No Bruins will take the field for the remainder of 2020, and two of the most powerful figures in UCLA Athletics said they still don’t have all the answers.

UCLA football coach Chip Kelly and Athletics Director Martin Jarmond spoke with the media during a teleconference Tuesday night about the Pac-12’s decision to cancel competition for the remainder of the calendar year earlier in the day. But while January 2021 may mark the new start of the season for football and other fall and winter sports, Kelly said things are far from set in stone.

“I don’t think everybody knows the long-term effects, and that’s why they hit pause today,” Kelly said. “There’s no guarantee that we’re going to move forward in January. I think they’re still going to do their investigation and know more about it – it is still a novel virus, it is new.”

Activity and rumors started ramping up about season delays and cancellations in the past week, which prompted the nationwide #WeWantToPlay movement supported by dozens of UCLA football players. The player-run movement turned out to be too little, too late for the Pac-12 and Big 10 – which also canceled its fall sports Tuesday.

Jarmond, himself a former student-athlete at the University of North Carolina Wilmington, said the news was incredibly difficult for the Bruins to bear.

“We’re supportive of the Pac-12’s decision, but I want to express my disappointment and sadness for our student-athletes,” Jarmond said. “This is a blow to them and my heart feels for them as I shared with them.”

Kelly also offered his condolences to players whose seasons are on the rocks, as well as to the multiple Bruins who have lost friends and family to COVID-19 in the past months.

“We’ve had players on our team that had to bury loved ones and it is real, so I think we have a good understanding of it,” Kelly said. “I think sometimes, in this situation, it’s hard to wrap your head around what it is if it doesn’t really truly affect you and you don’t get an opportunity to see it upfront and personal, and we did as a group. And when you watch guys suffer because they lost loved ones to it, it becomes really real.”

Kelly and his wife tested positive for coronavirus in March, but he said he only felt ill for one day and neither was hospitalized. The eight UCLA football players who reportedly tested positive amid their return to campus earlier in the summer have been cleared since July 7 and did not experience symptoms, Kelly said.

Both Kelly and Jarmond were unaware of what the future could hold for training camp, transfers, NFL Draft prospects and players seeking an additional year of eligibility, saying those decisions have yet to be made by administration, local officials and the NCAA. The Division I Council will be meeting Wednesday, while Jarmond said the NCAA Board of Governors will likely make a final decision on eligibility preservation after its meeting Aug. 21.

Despite the uncertainty down the road, Kelly said UCLA Chancellor Gene Block has been demonstrating strong leadership qualities in regards to Athletics for months now.

“In a meeting with the coaches earlier during the pandemic, Chancellor Block told us that the North Star that will guide him in his decision will be the safety of the student-athletes, and that would be first and foremost,” Kelly said. “Obviously, there’s new information we’re learning every day.”

Jarmond similarly commended Kelly for his caution throughout the pandemic.

“(Kelly) has always been, first and foremost, being slow and methodical,” Jarmond said. “It’s been very, very rewarding for me to see the priority and focus and emphasis that he has placed on (health and safety). And I can tell you not everybody – when you have competing interests and different factors – not everybody has that North Star, that core confidency of the student-athlete first, and I’ve just been impressed with Chip doing that.”

Kelly, Block and Jarmond have nearly five months until sports start back up again in Westwood.

Until then, the three leaders will have to deal with a lot of hypotheticals – Kelly’s favorite. 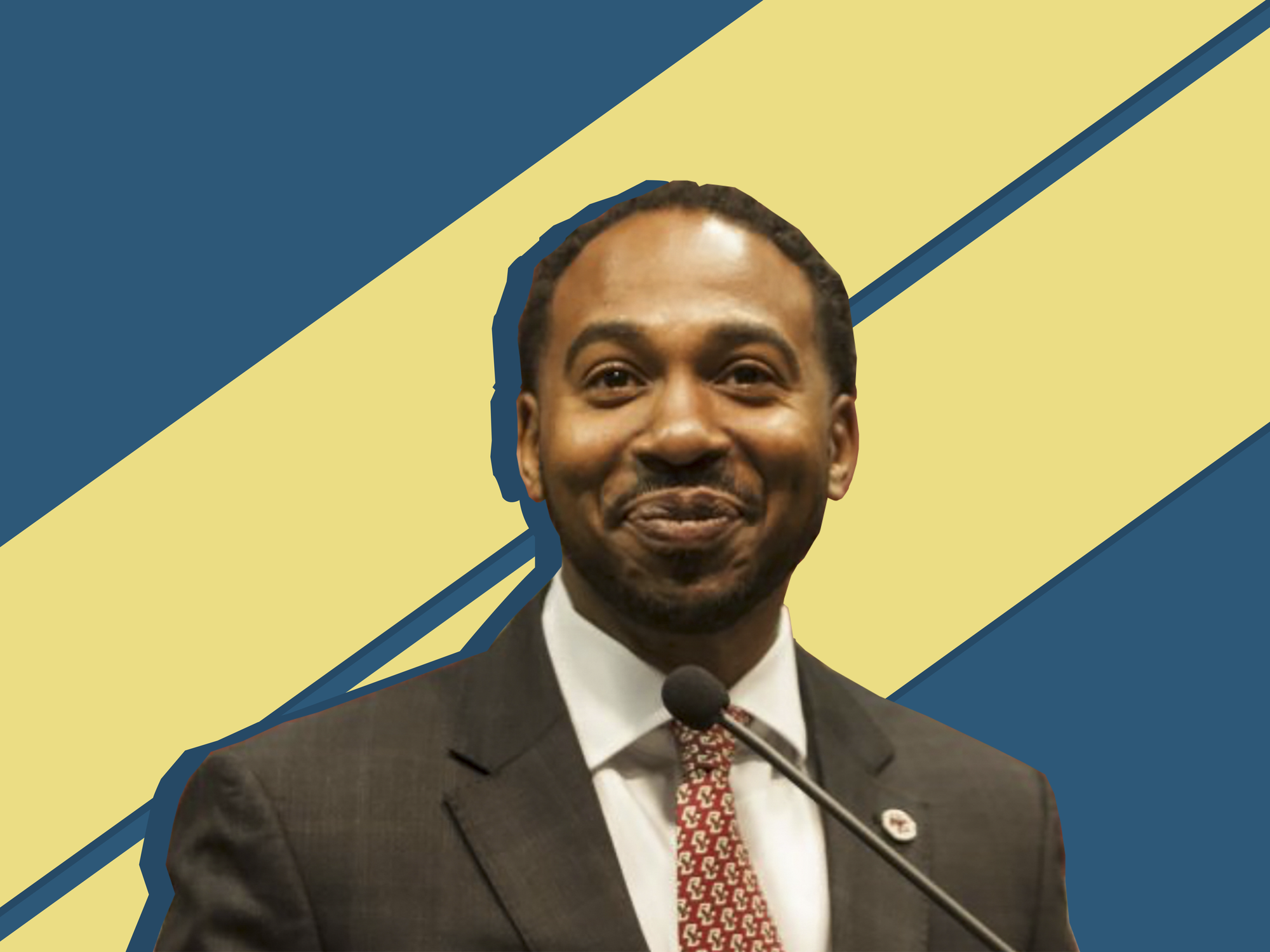 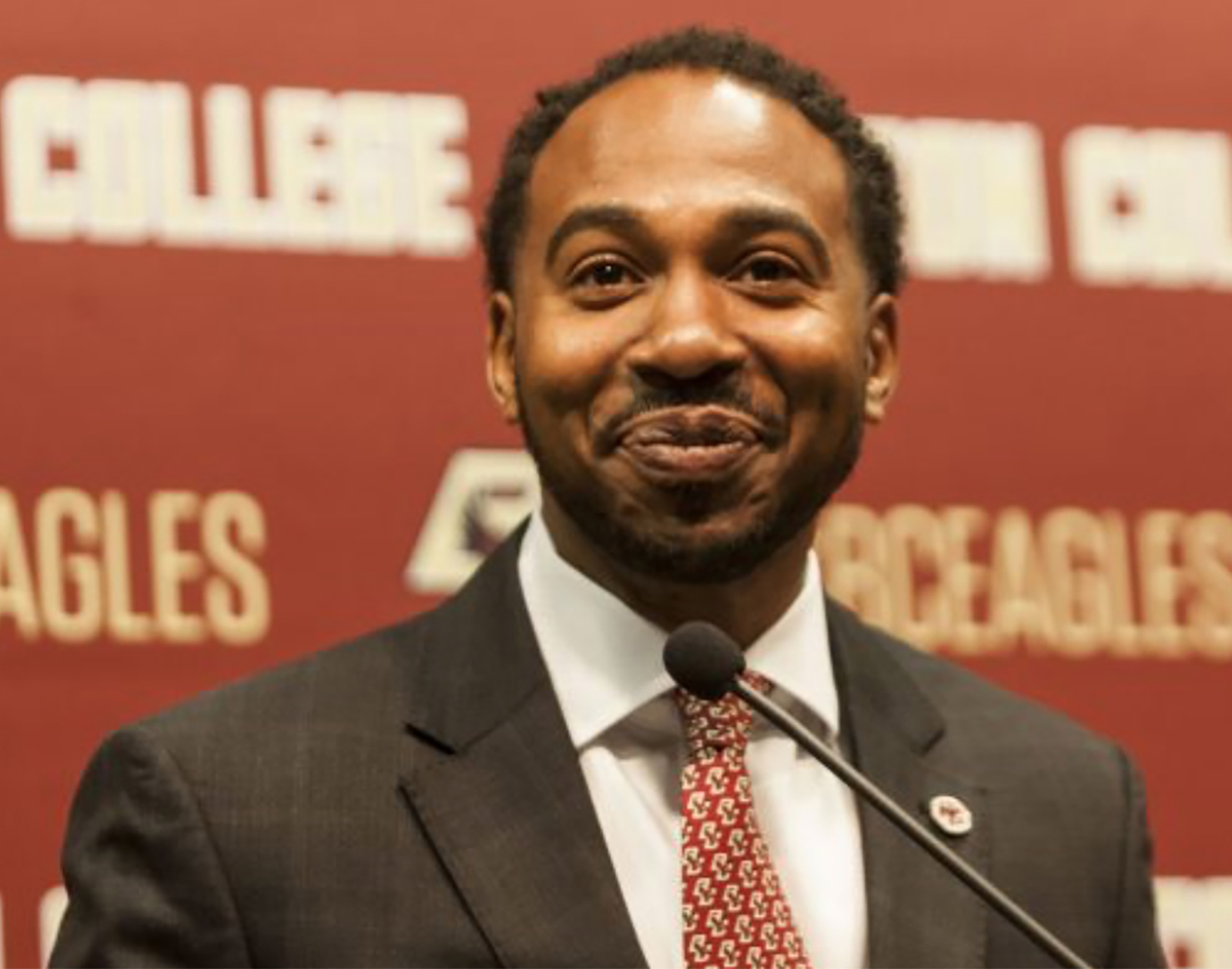 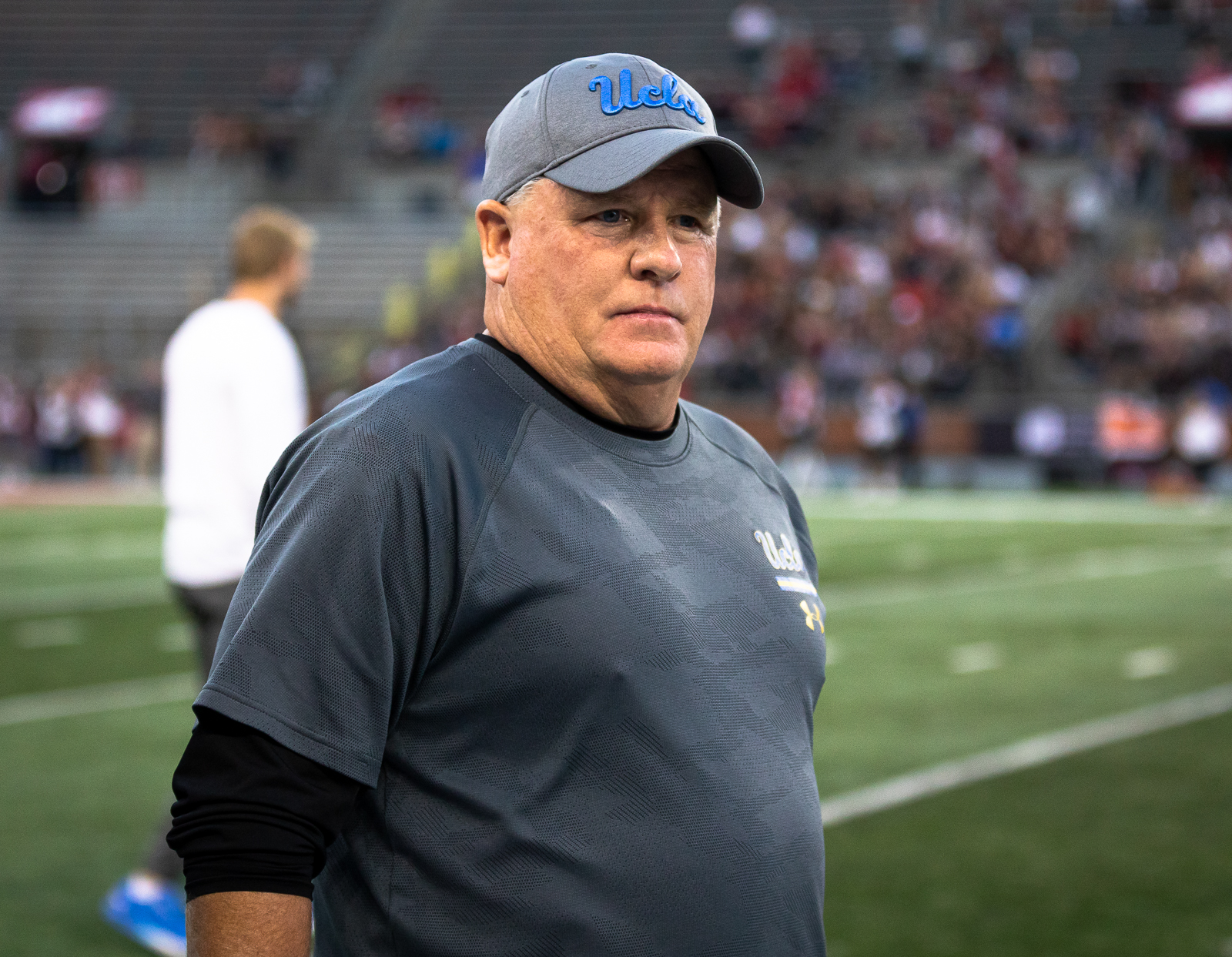 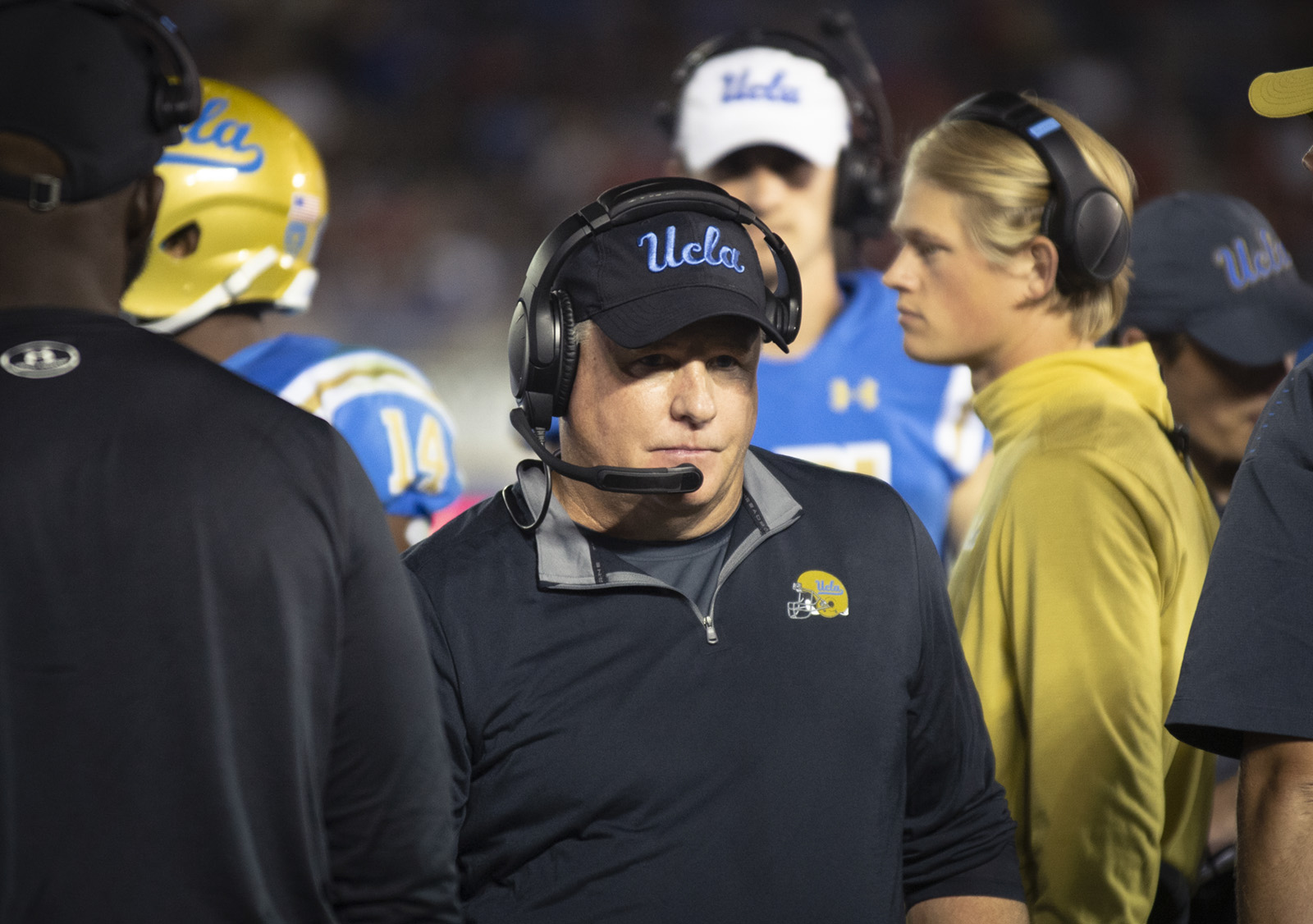