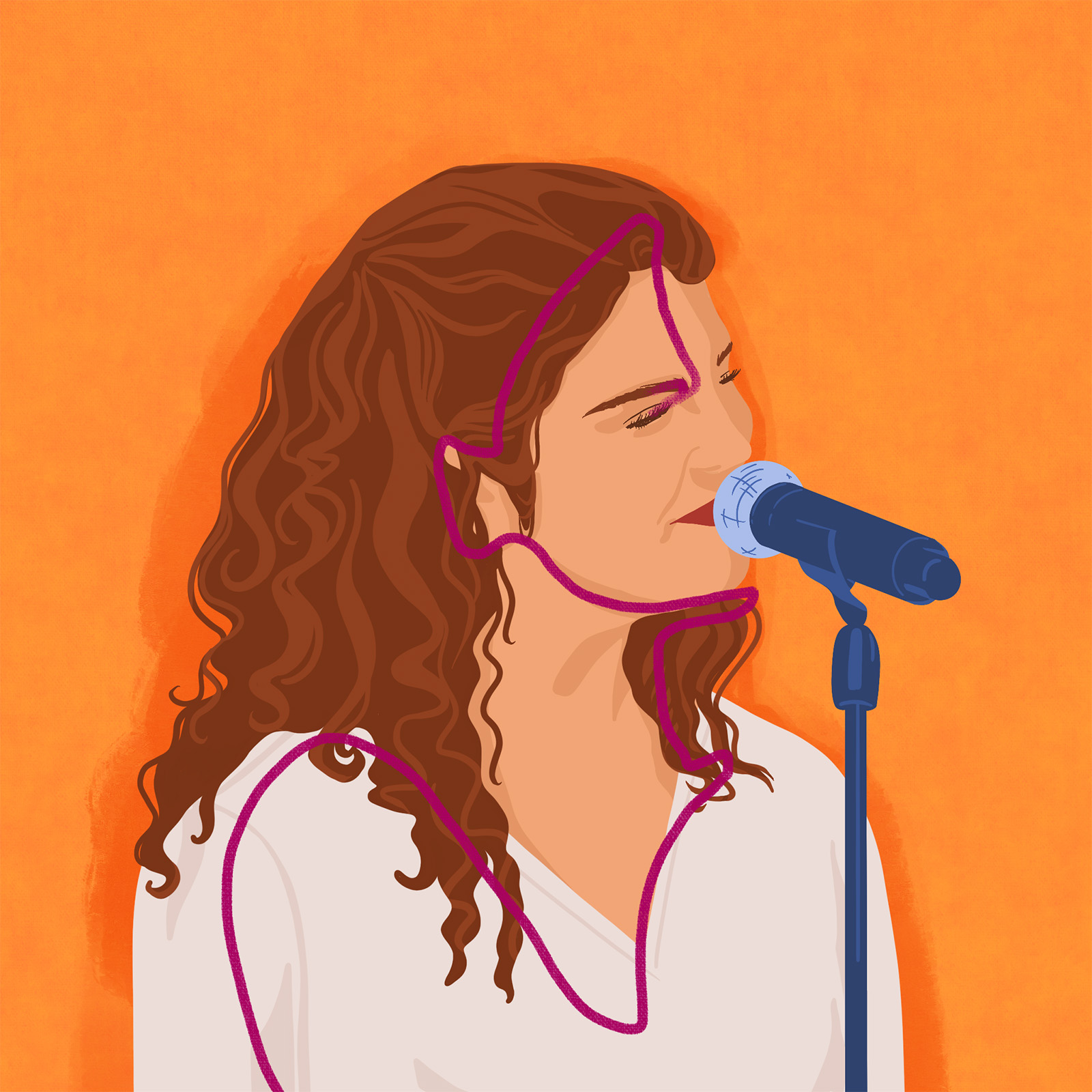 Caroline Pernick’s music may seem simple at first listen, but her songs mean much more than what meets the ear.

Two years after sweeping three awards at Spring Sing as a duet with Hayden Everett, the third-year theater student with an emphasis on musical theater is ready to perform once again. This time, however, she will be telling her own story about being in the world as a soloist, she said.

“I’ve really become enamored with being alive,” Pernick said. “Knowing that I have the ability to put that into words and share that in my own way, … when I started writing more and seeing how much I had to say and how easily it came to me, I wanted the chance to do Spring Sing on my own.”

With songs reminiscent of Sara Bareilles and Joni Mitchell, Pernick said she weaves in a folk-influenced accompaniment through the piano and guitar paired with lyrical storytelling throughout her work. Pernick has been singing since she was young, but said her focus on storytelling stems from working in musical theater starting from 4 years old.

Since she started experimenting with songwriting in middle school with childhood friend Jack Petersen, Pernick said she presents her lyrics from the perspective of either real or imagined characters. And instead of following a classic pop song formula to songwriting, Pernick said she tries to create little puzzles within her songs through her lyrics. For Petersen, the complex stories Pernick tells through songwriting are representative of her magic as an artist and person, he said.

“Her music is wonderfully simple on the surface,” Petersen said. “Listening to her music (more), everything is so intricate and complicated, but you’d kind of never know. The way that she knows how music works is so unsuspecting, and she just has such an innate kind of depth of knowledge.”

Despite focusing on musical theater throughout high school, Pernick felt reinspired to write music after performing in Spring Sing her freshman year. Although her and Everett – now a third-year ethnomusicology student – have both been forging paths as solo musicians, they still share their music with each other. Everett said Pernick’s genuine reaction to the emotions he infuses into his music makes her one of his favorite people to show his original songs to. Her joy parallels the joy he intends to elicit in his listeners through celebratory or happy songs, he said.

“She’s incredibly in tune with the emotional capabilities that music has, and I think that’s something that drives my musical creation – music’s ability to make us feel human,” Everett said. “I think she’s really developed her knack for creating lyrical and sonic cohesion, creating sounds and melodies that perfectly fit the lyrics.”

One such song that Pernick said perfectly expresses herself as an artist is “Diane,” which she will be showcasing at Spring Sing. She said she wrote the song in the summer, after feeling the highest of highs in performing at theater shows and meeting her closest friends while coping with the loss of her grandmother. The song – aptly named after her late grandmother – encapsulates Pernick’s personal growth and reflection through both experiences, she said.

“I think I just clicked into myself in a new way last summer,” Pernick said. “Through writing (‘Diane’), I realized that a lot of it had to do with the sense that you are really never done growing, so you will learn the same lessons over and over and over again in your life. We have this tendency to see life as an uphill climb, but there can be so much beauty in every single moment.”

A lyric Pernick said especially stands out is “I call myself unfinished/ But I’ve learned we’re all unfinished and will always be even after we’re gone.” She said it simultaneously conveys her continuous growth as a person and her grandmother’s continued impact, whether that be in her song or through her grandmother’s legacy in her own mother. To commemorate her grandmother and fulfill one of her dying wishes, Pernick also added lyrics and melodies from the song “Somewhere Over the Rainbow” at the end of “Diane.”

Sam Pickart, one of the close friends she made during the summer she wrote the song, also feels the depth of “Diane,” which he said grounds him in everything from hope to heartbreak in the human experience. He has listened to “Diane” several times since he first heard it, taking in the magical mix of emotions infused in every line of the song.

“Her magic as a singer-songwriter and a person is that she knows how to capture our hearts, and I think this song is the perfect demonstration of that,” Pickart said. “It really has the ability to ground us and give us a little bit of hope for the future, especially in the time that we’re going through now.”

While she is preparing for her upcoming feature in Spring Sing and meeting with mentor Este Haim of the band HAIM, Pernick has started a GoFundMe to raise money for her first EP. Given how much Pernick has already adapted to online concerts, however, Pickart said she already has the ability to connect with people on and off the screen.

“She is called to be doing this, and I think she answers that call every day,” Pickart said. “She was taking so much of what I had felt and was never able to say in words and capturing it in under three minutes in a song. Still, to this day, it blows me away about her.”