The Quad: How finding tunes to fit your flow of feelings can help you cope in quarantine 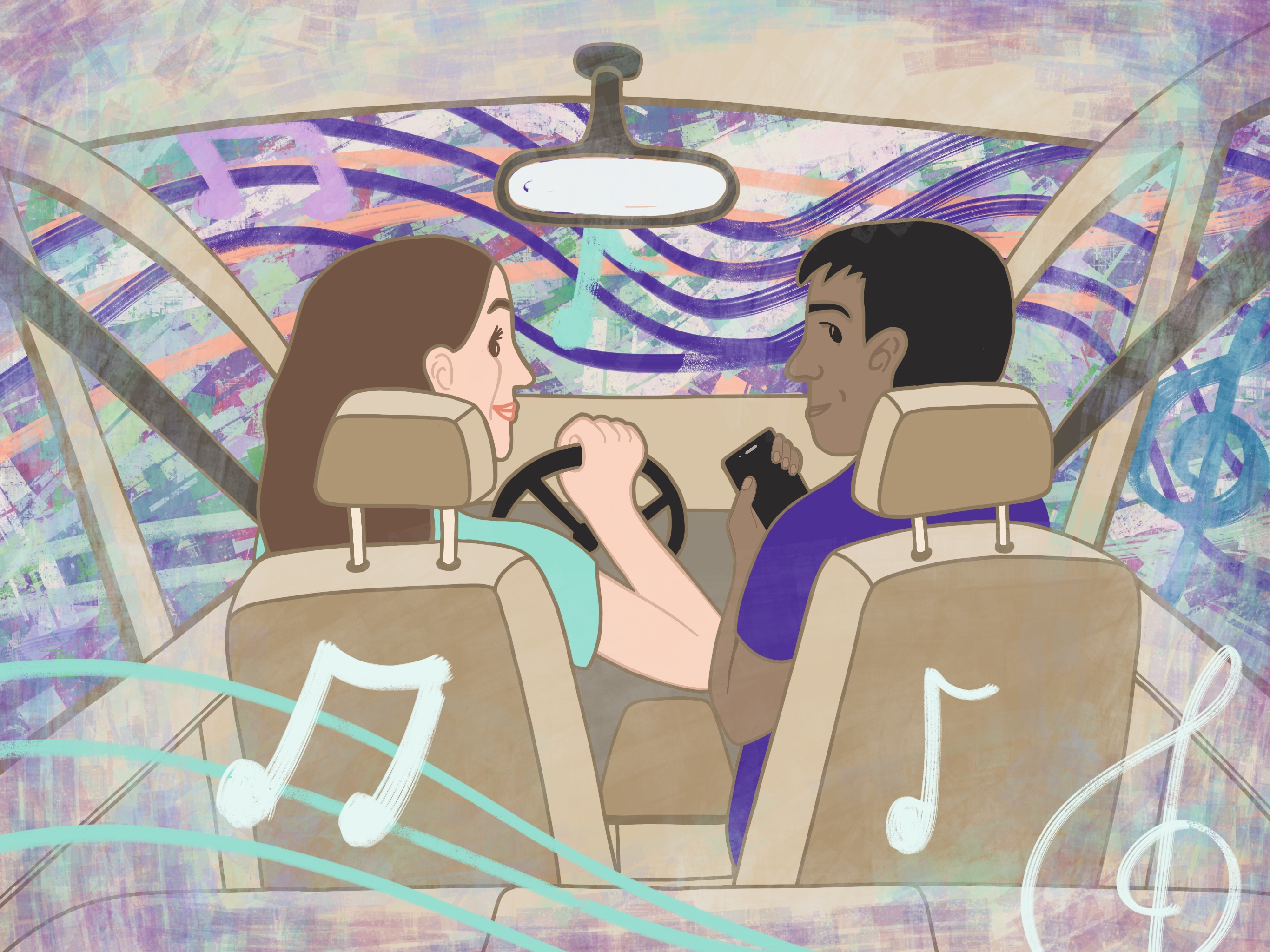 When Frank Ocean sang, “You don’t know how little you matter until you’re all alone/ In the middle of Arkansas,” I felt that.

OK, I’m not actually all that alone – I’m just in quarantine – and I’m not actually in Arkansas, I’m back in my hometown in southern California. Still, Frank Ocean’s lyrics resonated with me.

Prior to quarantine, I hadn’t listened to a single one of Frank Ocean’s songs. But on nights when I feel especially removed from my pre-quarantine life and overwhelmed by the current state of things, there’s nothing better than retreating into my own musical world – and taking Frank Ocean along with me.

As it turns out, I’m not alone in my gravitation toward music at a time like this. In fact, my changed relationship with music is a form of coping that has piqued many researchers’ interests.

“Over half of people are reporting more stress, anxiety, and/or depression compared to normal because of the COVID-19 pandemic,” Frederick said in an emailed statement. “Change by itself can be overwhelming, and then added to it is more uncertainty about the future, fears about the health of loved ones, and many people losing their jobs or job security.”

Moreover, the study found that commonly used coping mechanisms revolved around distracting oneself, which might not always be the most effective. Only those who “positively reframed” their experiences by looking for a silver lining amid the current chaos reported the best overall mental health, Frederick said.

In situations like quarantine when our lives are defined by stagnancy, this positive reframing can be achieved through things that do not require us to move around much – things such as listening to music.

Robert Fink, a professor of music industry musicology and the current chair of the UCLA Herb Alpert School of Music’s music industry minor, said that with nowhere to go, we often turn to music for how it makes us feel.

“If we’re stuck at home and we’re in a situation where you can’t party and be around friends, you’re more open to experiences that are offered to you,” Fink said. “These experiences offer you intimacy. This is one of the functions that music has – the notion of intimacy.”

We often feel this kind of intimacy by simply being in another person’s presence. But with no one around us nowadays, people are diving into music now more than ever to help replace the intimacy of in-person interaction.

For Tristan Ganzon, a third-year sociology student, his relationship with music became a way to maintain a connection to the outside world during quarantine. To achieve this, Ganzon began making personalized playlists for people in his life.

“I find solace in music,” Ganzon said. “With quarantine going on, and our need to communicate with one another, I found that making people playlists was an indirect way of reaching out to them.”

Many people like Ganzon are finding that their passion for music now serves a dual purpose: It is no longer just about enjoying the music but also about forming a bond with others.

However, the effects of music don’t stop at emotional connectivity. The reactions music can elicit in us are manifold and can be physical as well as emotional.

At the base of our response to music is the concept of entrainment, which is the synchronization of our movements to different rhythms. Fink uses music at a rave as an example: He said its upbeat tempo would entrain our body to that rhythm, piquing our physical arousal and causing us to move to the beat.

With this power that music has over our bodily responses, we can see how it can influence our emotional state. During quarantine, people face different obstacles: Some are overwhelmed and overworking and thus need music that keeps them calm, while some are dealing with depressive feelings and thus look for upbeat music to keep them going, Fink said.

It’s therefore easy for us to attach our own feelings to a song, which opens the door to a potential catharsis. That specific song you’re listening to becomes, in some ways, a surrogate voice for your own feelings, Fink said.

This role of the “surrogate voice” is something that Frank Ocean does well. His raw, personal storytelling lyricism fosters an emotional connection between himself and the listener.

Take his hit song “Ivy” as an example. A GQ article described the song as “at once direct and ambiguous” and cites the song’s tremolo guitar melodies and high-pitched, childlike voice as the forces that come together to make the listener feel nostalgic, sad, hopeful and everything in between.

We can see that artists have been able to foster a sense of intimacy and connection through their music – but how do they do it?

It all has to do with a simple recording device: the microphone. When the first successful electrical recording technique was invented in 1925, the Western musical landscape fundamentally shifted.

“Before that time, if you wanted to reach a large group of people with your voice, you had to be loud,” Fink said. “Recording people singing into a microphone suddenly made it possible to create a sound artifact that could transmit to an arbitrarily large amount of people and mimic the effect of someone singing into your ear.”

Billie Eilish is a popular representation of this music-fostered intimacy, Fink said. She situates the microphone extremely close to her mouth and is thus a perfect example of an artist who curates an intimate musical experience. This creates an emotionally intense connection between the artist and listener.

So, if you feel yourself getting dragged down by the dull hum of isolation, try forming connections with new artists. According to Ganzon, exploring a new sound and vibe can be an exciting experience during this time of confinement.

For me, diving into Frank Ocean’s music for the first time allowed me to positively reframe my reality and search for emotional connectivity in a way I never had before. For many other Bruins in quarantine, embracing music can create similar effects.

“Enjoying music, sharing music and finding music has greatly reduced the anxiety that this pandemic has caused,” Ganzon said. “It calms me down and simultaneously allows me to share this sense of calm with others who share my passion for music. I wish life was as easy as putting together a playlist.”