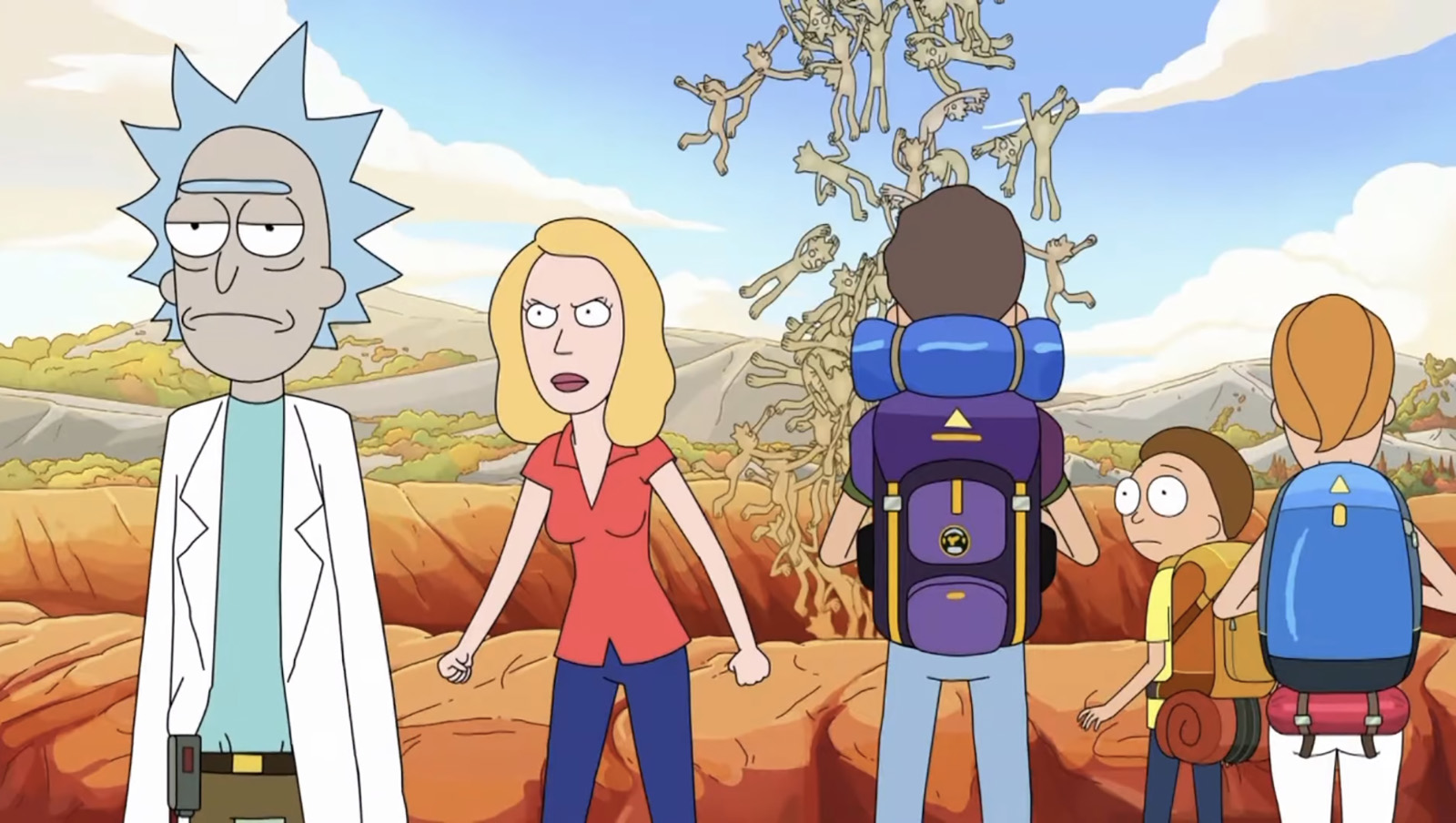 In the latest episode of “Rick and Morty,” Rick sidetracks a family camping trip to visit his baby mama Gaia, a planet he has impregnated with innumerable, half-rock hominids. While a fringe group of rejected half-men rallies in the distance, Rick and his daughter Beth build an entire civilization in the time it takes for Morty and his sister Summer to get high off extraterrestrial brake fluid. But for the first time in the season, Rick’s inexplicable godlike presence is presented as the butt of a cosmic joke rather than an all-powerful entity.

Within “Childrick of Mort,” Rick is a literal god by all standards of Greek mythology, foibles and all – and it works gloriously. Susceptible to the hubris-laden buffoonery expected of the most powerful deities, even Rick’s intellect may not be enough to assuage a raging side-planet.

The episode opens with Rick’s empty promises of “no sci-fi bullshit” as Jerry – the kids’ father and Rick’s son-in-law – drives the family toward a camping ground. Unfortunately for Jerry, as it tends to be, they never reach their destination, as Rick realizes he has ostensibly impregnated an entire planet in a hornier version of Ursula K. Le Guin’s “Vaster Than Empires and More Slow.” In the first family-centered episode of the new season, the Gaia conceit allows the show’s characters to explore how Rick’s insistent influence has shaped them, for better or for worse – but mostly worse.

As Gaia pumps out children from her volcano vagina, Rick is overcome with an uncharacteristic, fatherly impulse and decides to raise them with the help of Beth. As father and daughter create a factory to sort the half-men into productive categories, the brilliance of the setup is in its ambiguity – it is never certain if Rick’s altruism is genuine or merely birthed from a primal instinct to build cool, science-y stuff.

Meanwhile Beth, who has struggled with her dependence on Rick’s approval, seemingly receives it for the first time. However, his approval seems to be reliant on the extent to which Beth shapes herself in Rick’s image: Her incisive, cold intelligence is valued over her horse surgeon heart.

As the two build the factory, they siphon off the civilization’s “unproductives” – including DJs, foodies and influencers – into the backwoods of the planet. Jerry, having been denigrated in a Rick-esque fashion by Summer, feels a sense of community with them and becomes their leader after introducing them to the divine concept of camping. While Beth attaches herself to her father’s acceptance, Jerry actively repudiates it in an attempt to escape the black-hole magnetism of his influence, exuding Rick-like behavior in hopes of feeling needed by his family.

Meanwhile, the teenagers stumble into an abandoned alien spacecraft, where Summer microdoses on a glowing purple fluid using bong-like alien tech and Morty assumes the ship’s controls operate like a video game. Although hilarious, the premise of teenage ennui is a bit too predictable in a show that has succeeded in thinking outside of the Faraday box. While Beth and Jerry’s interactions with sci-fi oddities are specific to Rick’s brand of weirdness and allow for meaningful episode-length arcs, Morty and Summer’s run-of-the-mill qualms with Jerry would be more at home in a season of “Parenthood.”

Speaking of paternity, a bombshell drops when it’s revealed Rick isn’t actually the father of Gaia’s children – it’s God. Waging a custody war with a sentient cloud, Rick launches himself into the heavens to battle a tatted, frat boy Zeus. And for the first time, Rick loses, saved only by Morty and Summer accidentally flying their spacecraft through Zeus’ brain. The teenagers, high out of their mind and traumatized by the consequences of their pettiness, beg for forgiveness as Rick celebrates their thoughtlessness for saving his life.

The setup works to a T because their grandfather’s success depends on Morty and Summer’s recklessness, echoing Beth’s relationship with him. Healthy habits, like timid steps toward maturity and self-accountability, aren’t conducive to helping Rick succeed.

After an angry Gaia banishes the family from herself for killing her true baby daddy, they fly away on Rick’s spacecraft as he tries to eschew responsibility by tattling on Summer and Morty. This serves as a fitting end to an episode that crucifies Rick’s god complex rather than worships it.

And while God may “play the mysterious ways card,” Rick is all too easy to decipher.