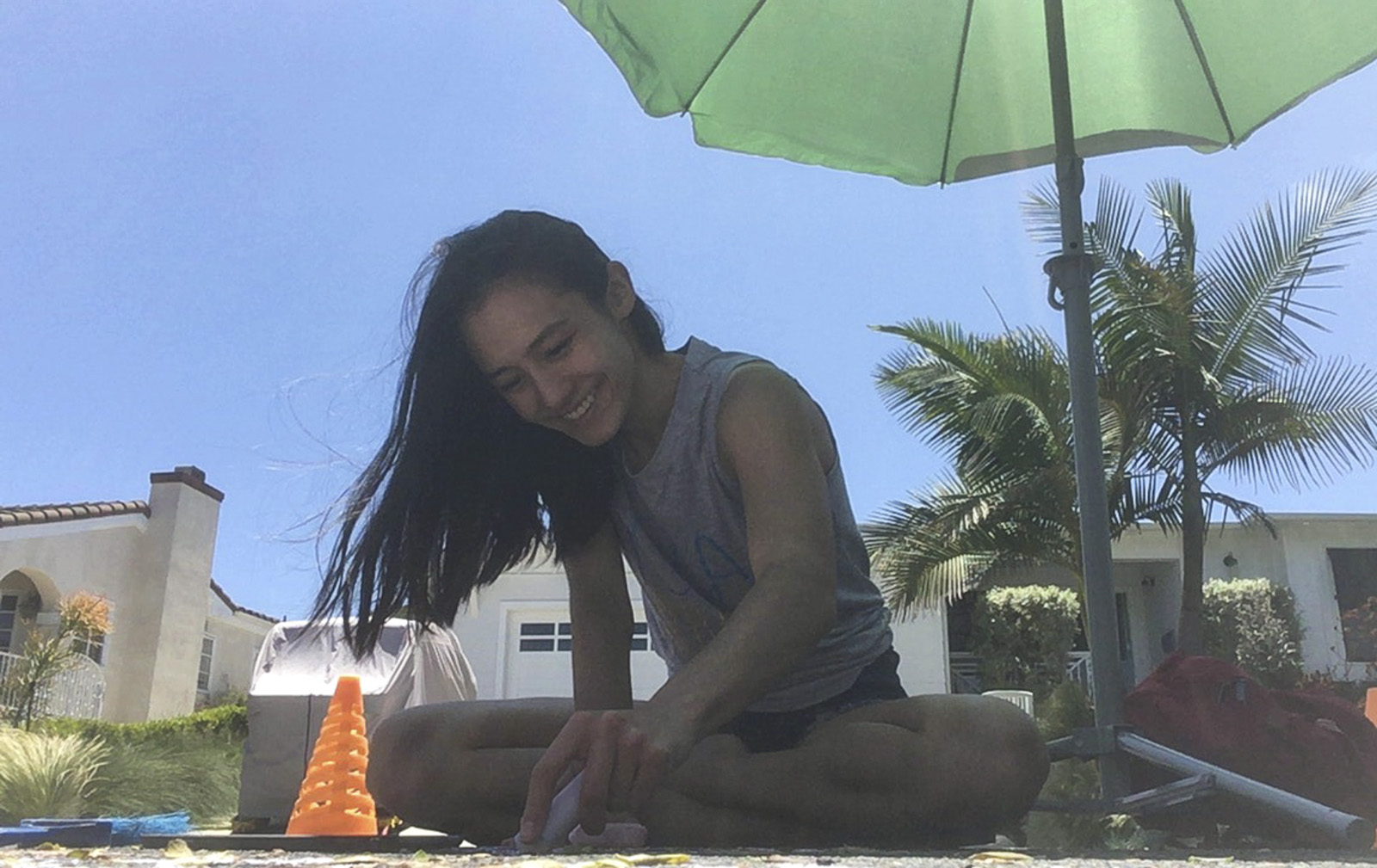 Second-year economics student Elisa Bass is taking chalk drawing to the next level, and it’s all for a good cause. Bass said she recently started a business selling her commissions to raise funds for the Los Angeles Regional Food Bank. (Amy Dixon/Daily Bruin senior staff)

Elisa Bass is taking a popular quarantine activity to the next level with her artistic skills – all for a good cause.

The second-year economics student recently started a chalk drawing business to raise funds for the Los Angeles Regional Food Bank. Initially drawing her elaborate chalk pieces for neighbors and locals walking past her home, Bass began taking requests from her followers on Instagram. She said she asks for a donation of $10 for each chalk request and sends her clients pictures of the finished products in return. Since she started the project, Bass said she has raised $2,748 for the LA Food Bank. The first $1,748 was donated on Giving Tuesday Now, and the amount was doubled by anonymous donors, she said. With each dollar being the equivalent of feeding four people, Bass’ donations totaled to 13,984 meals.

“I had originally done chalk drawings on the street before this all started, and people really seemed to like it,” Bass said. “I figured that if I started asking for requests in exchange for donations then that would be a great way to raise money.”

Before she began using chalk as her medium, Bass said she grew up taking painting and drawing lessons. She delved into her current art tool after entering a chalk drawing competition held at the beach a couple years ago and has entered every year since. With her leftover chalk supplies from these competitions, Bass said she figured they would be put to good use through her project.

Bass has previously worked to help alleviate food insecurity, having volunteered at food banks as well as working for multiple campus organizations like Swipe Out Hunger and Bruin Dine. She originally wanted to sign up again to help distribute food at the LA Food Bank in person but found there was a surplus of volunteers. The organization instead asked for monetary donations, so Bass said she wanted to figure out a way to raise more money than what she could from her own pocket – thus creating the idea of her chalk drawing project.

“Anybody could be experiencing food insecurity, and it’s an especially huge issue given the coronavirus,” Bass said. “I feel like the money that I donate to the food bank can really make a huge impact given the fact that each dollar is equivalent to feeding four people.”

A number of students requested new drawings to support Bass’ cause, including second-year bioengineering student Evie Hunter, who said she saw Bass’ post on Instagram advertising her project and was surprised at how detailed the chalk pieces were. Hunter said she decided to take part in the project by donating, requesting a drawing of Handsome Squidward.

Hunter said Bass supported and donated to her own project she had promoted on Instagram earlier in the year for the organization No Kid Hungry. Hunter said she saw her donation to Bass’s chalk drawing project as a way to show her support in the same way. She was particularly interested in donating because the project involved Bass engaging in a personal skill while also helping others.

“It really just struck me that she would just take a minute and think, ‘How can I make this time that I have help other people while still doing something I can engage myself in,'” Hunter said.

Not only did Bass’ drawings help those affected by food insecurity, but they also served as a source of entertainment for neighbors and locals walking past her home. One of Bass’ neighbors, Mary Trainor, said she saw the artist’s first drawing – a picture of the Earth wearing a surgical mask in acknowledgment of Earth Day – while she was out walking her dogs, and within a week, the entire street filled up with new drawings.

“It became this fun thing where every time we went out there would be another one,” Trainor said. “And then you could see other people walking by, and the cars started slowing down, and it became a nice little neighborhood phenomenon.”

With her street piling up with drawings and leaving no space for new ones, Bass said she was on hiatus while she waited for forecasted rain to wash them away. When her canvas is blank again, she said she plans on creating new drawings. After receiving much support and generosity from her donors, she said she will keep drawing as long as people are still willing to donate.

“As cheesy as it is, I guess I learned that change starts with you,” Bass said. “I just thought this is a skill that I have and something I can share with people, and I want to help an organization while I’m at it.”

Op-ed: Improving quality of food closet would better help students who need it