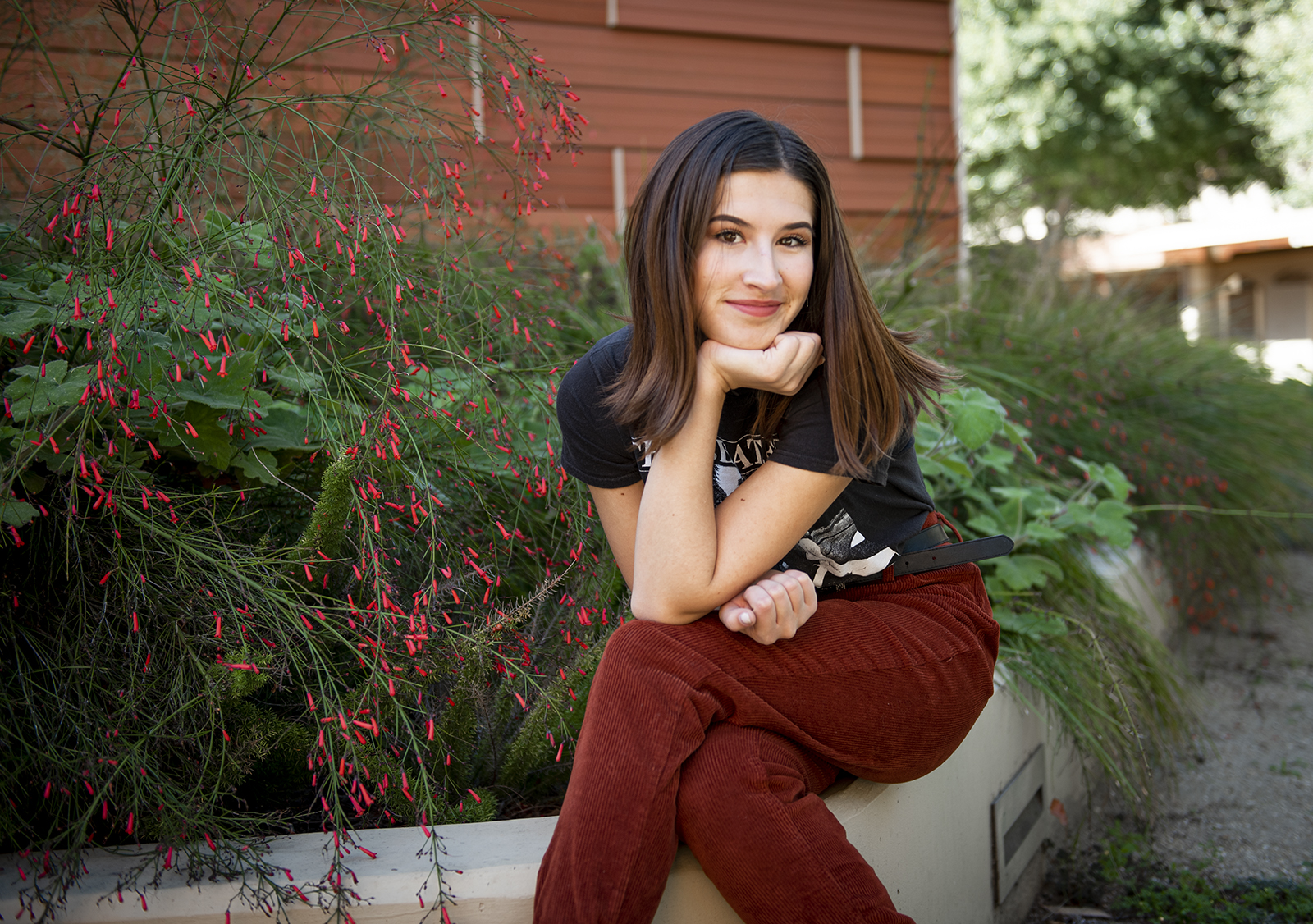 Second-year global jazz studies student Sophia James has made it to the top 10 of “American Idol.”(Anika Chakrabarti/Daily Bruin)

From performing on the “American Idol” stage to singing in her bedroom, Sophia James challenges the definition of a “household name.”

Since she won over the show’s judges and viewers in her initial audition, the second-year global jazz studies student has blazed through the competition and was voted into the top-10 contestants this season. As the show – which now has contestants record their performances from home – comes to a close, James said she hopes to continue with both songwriting and school in her budding career as a musician.

Amid her hectic filming schedule, James spoke with Daily Bruin’s Jessica Li to reflect on her experiences on the show as a student and musician.

Daily Bruin: How would you describe your journey to making it to the top 10?

Sophia James: I surprised myself, because I realized that it pays off to be yourself and do your own thing. I was so touched with how much everyone rallied votes and was reaching out and sending me kind, beautiful messages of support.

[Related: Student learns lessons of competition in process of auditioning for ‘American Idol’]

DB: How has your performance style evolved since you first auditioned?

SJ: I’ve done a lot of growing as an artist since I started “American Idol.” I think I was still trying to figure out my lane. I learned along the way that I’m more of a singer-songwriter type artist than I thought. Ever since this process has started, it has compelled me to do a lot more songwriting and inner reflections of discovering who I am. It’s helped me evolve and become more of an individual and develop more of an identifiable sound with my music.

DB: What has your experience been like transitioning to an online format of “American Idol?”

SJ: It was definitely a huge transition going from the big lights and stage and the whole spectacle of it back into our homes and filming from home. They could have easily just said “That’s a wrap,” and canceled the whole thing, but I’m really grateful that their production team was creative enough to find a way to continue the show from home. (“American Idol”) is the first to do anything like that, and to be just a puzzle piece in that history-making television was really cool.

DB: What has it been like to perform from home?

SJ: Some of my friends on the show have been saying it’s more comfortable for them because that’s where they grew up and learned music. There is an element of comfort to it, but I also feel a lot more vulnerable performing from home. When you’re on stage, you have that safety net of a cheering crowd and lights and a live band and everything that’s going on. Now, it’s literally just us – take it or leave it. It’s really a little bit daunting inviting all of America into our little home. But at the same time, I think it’s a really beautiful experience knowing that everyone else is home and, hopefully, finding comfort in what we’re doing.

DB: What have you learned from your experience, and how do you feel like you’ve grown as a person and a musician?

SJ: Confidence has been a really big thing for me. I never really believed in myself. I always knew that I loved singing and loved music and wanted to pursue it, but I never allowed myself the validation of “This is something that you can succeed at.” The whole process of (“American Idol”) has been really validating, especially hearing from the three judges that they want to continue to hear me sing. It’s been a lesson of being confident in myself and believing that I can succeed in this business.

DB: What are your short-term plans for the future after the show? Do you plan on continuing school or going into performing?

SJ: I actually took a quarter off for spring quarter. I do plan on returning in the fall. I would love to complete my bachelor’s degree, and I think education is one of the most important things in the world. I hope to simultaneously work on music and start gigging and performing. More short-term, once (“American Idol”) ends, I plan on going full-throttle on songwriting, recording and releasing music. I have a lot of songs in my back pocket that I’ve never shared with the world, and (“American Idol”) has really given me the confidence to want to share my music.