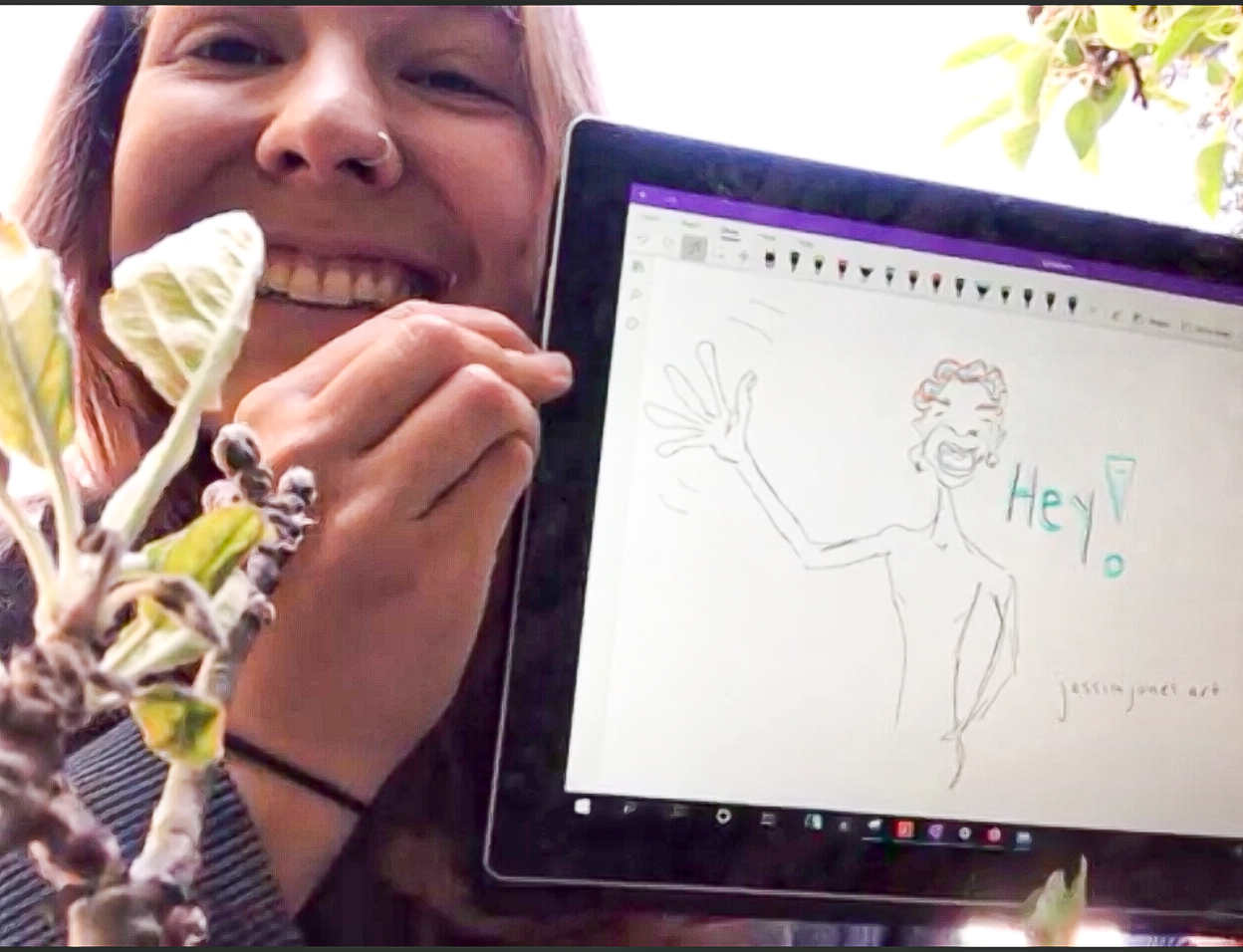 Jessica Jones, a third-year biology student, founded the club stART, which teaches beginner artists the foundations of the craft. Because of quarantine, she has moved the club meetings to Zoom. (Niveda Tennety/Assistant Photo editor)

COVID-19 has caused a global pandemic, discouraging people from engaging in mass gatherings or physical contact. Schools across the globe have shut their doors, fragmenting communities into singular pieces here, there and everywhere. Columnist Kennedy Hill tracks student artists across the globe, recounting the ways each person maintains artistic inspiration while adhering to the new normal.

Jessica Jones – unlike her Marvel comic counterpart – uses art instead of fists to help the world.

The third-year student studies biology, but beyond the classroom, she said she holds a deep passion for using art to strengthen her community. Maturing from childhood sketches with her father to hosting art lessons for fellow students, sketching and painting continue to be her driving forces, she said. While returning to her hometown of San Jose, California, has reconnected Jones to her artistic origins, she said the reliance of online communication has posed challenges to her mission of spreading art throughout the UCLA community.

“A lot of people don’t think they have artistic abilities, but they are actually capable of creating things that they’re proud of,” Jones said.

As a kid, Jessica Jones watched her father, Darrell Jones, doodle caricatures in his free time, curious about how he brought figures to life on the page. Raised in Iowa, Darrell Jones said he developed his appreciation for art in college after backpacking across Europe. Harboring an artistic itch, he found himself constantly doodling in class, meetings and at home. Jessica Jones and her brother would call his exaggerated characters funny-looking, asking how he drew such big noses, Darrell Jones said.

To satiate their curiosity, Darrell Jones began holding mini-art lessons for his kids, teaching them how to convey emotion through eyes or draw hair in detail. Jessica Jones said these homeschool sessions with her father kick-started her lifelong pursuit of art. As he provided only basic sketching fundamentals, Darrel Jones said she advanced her skills on her own.

She has since exercised her creative muscles through various mediums, branching out to watercolor and acrylic paint. Often rendering the human face and form with abnormally proportioned, multicolored silhouettes, Jessica Jones describes her art style as psychedelic, experimenting with nature and eclectic colorization.

Walking in her father’s footsteps a decade later, Jessica Jones founded stART, a club through which she hosts art lessons for novice students. She has moved her lessons from the Mildred E. Mathias Botanical Garden to Zoom but said she misses the interaction and exchange of ideas enabled by hands-on teaching.

“I like the in-person aspect (and) going around and suggesting, ‘Oh, you could do this,” Jessica Jones said. “Now, at the end of (the lesson), I just say, ‘What does it look like?'”

[Related: International students speak on how they are impacted by COVID-19]

Esther Peluso, a third-year biochemistry student, joined stART in winter quarter and has continued attending the club’s online sessions. Before meeting Jessica Jones, Peluso said she did not think she had artistic potential, often dismissing the idea that she could learn how to draw or paint well. But as her talent has grown from Jessica Jones’ teachings, now able to freehand basic figures, Peluso said she has become more comfortable with art – developing the initiative to practice on her own.

stART is Jessica Jones’ method of encouraging students to explore art, but she also extends her teachings past campus through volunteer work. Before shelter-in-place orders, she worked with kids at Edmund D. Edelman Children’s Court. She said she would fill the downtime during family court proceedings with art lessons and craft activities instead of anxious waiting.

“I was volunteering with kids through art, and wanted more people to have that opportunity,” Jessica Jones said.

Now fragmented from the Los Angeles community, Jessica Jones said she uses her time at home to reinvigorate the artistic relationship with her father. Darrel Jones said his daughter has now become the teacher in the house after surpassing his artistic skills. Jessica Jones has pushed her dad to try watercolor, her main medium. Her paintings are hung all over the house, and Darrell Jones said observing and discussing them throughout the day makes quarantine more bearable.

“The art she does is very positive and very enlightening for people,” Darrell Jones said. “She’s gone from being an aspiring artist to an inspiring one.”