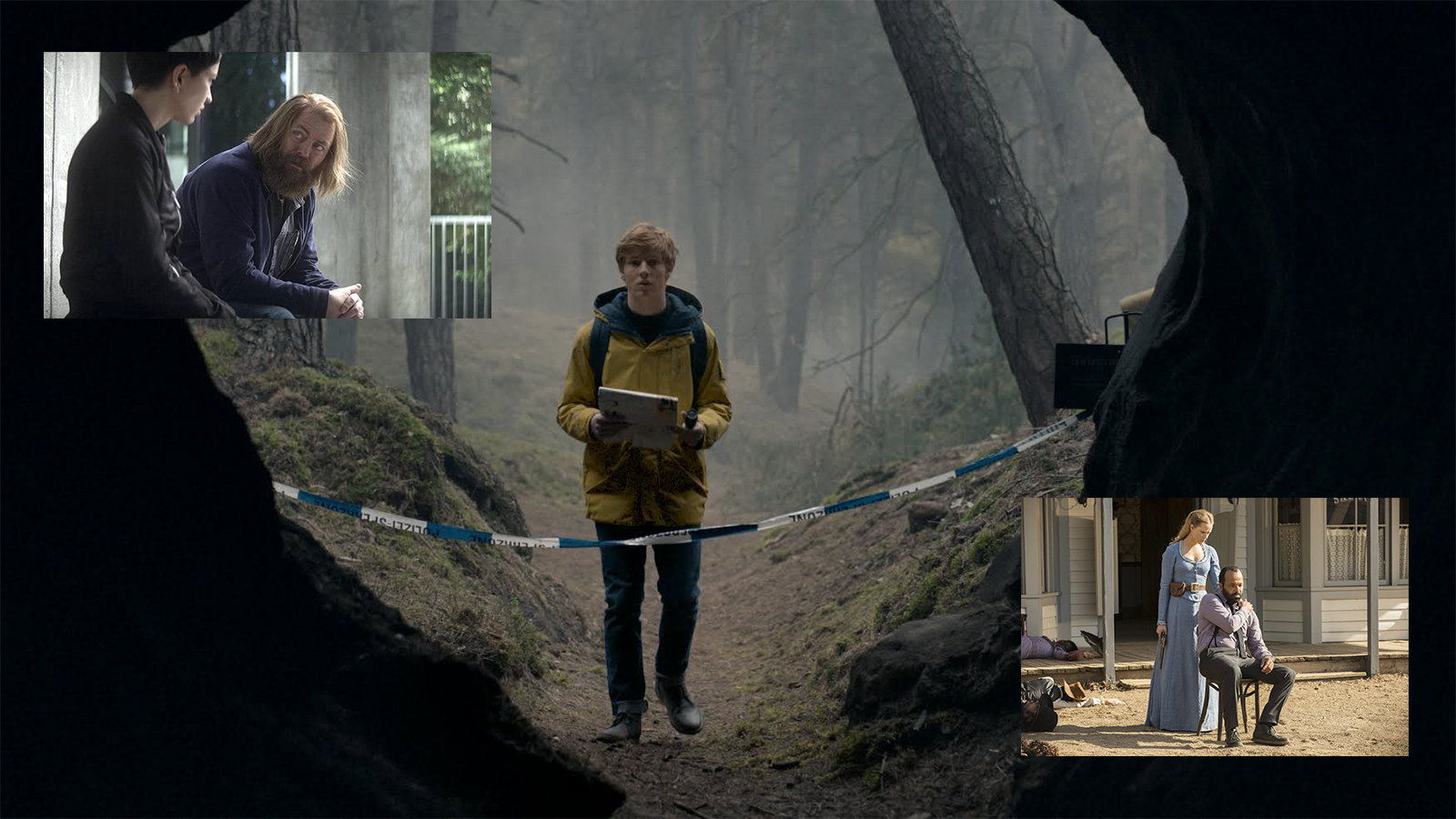 HBO’s “Westworld” recently promoted the tagline, “Free will is not free,” in its season three poster above a robot’s silhouette drowning in sand.

Over on Hulu, Nick Offerman spouts platitudes about the deterministic state of universal physics in FX’s new show, “Devs.”

And “Dark,” releasing its final season on Netflix later in the year, will join the slate of shows grappling with the role of the individual amid inescapable chaos.

When scrolling through streaming options, it can be hard to decide which shows to watch. Sitcoms and musicals provide escapism from the constant bad news, sure, but now is also the perfect time to confront thoughtful science fiction. Between “Devs,” “Dark” and “Westworld,” each reveals one common trend: the dilemma of fate versus free will. However fitting, the theme isn’t a reaction to the COVID-19 crisis, as the shows were in development before 2020. But their coincidental releases create space to ask questions about the world at large, acting as a reminder of the power of choice amid a global pandemic.

Determinism is a complex philosophical idea that some take to mean that cause and effect are out of human hands – free will and an ordered universe are incompatible. “Devs,” “Westworld” and “Dark” are all science fiction thought experiments that ponder whether or not individuals actually have agency – a topic of eerie relevance in a time of safety regulations, protests against quarantine and looming uncertainty. Ultimately, a handful of characters within their respective narratives suggest determinism is flawed – a message that, if understood correctly, may help protect our uncertain society in the long run.

Alex Garland – director of 2014’s “Ex Machina” – created “Devs,” a moody miniseries in which a tech company called Amaya and its leader played by Offerman, Forest, construct an all-knowing quantum computer. Guilty and bereaved after his daughter’s unexpected death, Forest seeks to prove that people’s paths in life exist on “tramlines” and no one – because of the nature of cause and effect – can change their fate.

The premise of “Devs” is unsettlingly close to actual quantum physics, and some might take this as a sign that destiny does, scientifically, exist. But Garland also introduces an Amaya employee, Lily (Sonoya Mizuno), as a counterexample. Her confrontations with Forest prove quantum data doesn’t control her life: She refuses to be passive and, in the final episode, a simple gesture she makes of free will alters Forest’s tramlines forever.

Meanwhile, Jonathon Nolan and Lisa Joy present fate in “Westworld” through an action-based lens. Earlier seasons focused on androids called “hosts” in futuristic theme parks where humans exploit robots for pleasure, and the third season sees the androids break out into the real world. Dolores (Evan Rachel Wood) is a host who developed consciousness, rejecting the programmed loop decided for her, and she learns that humans are equally relegated to inevitability.

In “Westworld”‘s dystopia, a supercomputer called Rehoboam charts out everyone’s futures and neutralizes the problematic, nonconformist individuals. But, like Lily and her rejection of the quantum system, Dolores attempts to prove divergence is still possible, showing humans how to break their loops – violently if necessary.

Finally, the last iteration of “Dark” will further explore if cycles can be broken. Jonas Kahnwald, played by Louis Hofmann, began time traveling while exploring the mysterious caves of his town, Winden. With similar events occurring every 33 years, “Dark” proposes that destiny cannot be amended, and no matter how hard Jonas tries to change the future, his attempts only fit into the original timeline like an endless loop.

Clues for the upcoming season, however, suggest a solution in which an alternate world intersects with that of Jonas. The showrunners have spent two seasons building up a sad world of fatalism in which Jonas’ own existence is inherently tragic, but this recent twist – like the themes of “Westworld” and “Devs” – affords him the power to retake control over his own past, present and future.

None of these shows are lighthearted viewing. Concepts of time travel, quantum determinism and surveillance technology are confusing, even depressing. The questions they raise are uncomfortable – yet they’ve never been more important. Thinking about the dilemmas within “Devs,” “Westworld” and “Dark” holds a mirror up to our own reactions to life in a global crisis.

The characters of Jonas, Dolores and Lily represent the power of the individual to confront obstacles, and their fictional experiences reveal the significance of free will, even when small decisions appear powerless against entropy. That said, the methodology of free will and action are equally relevant, and these three shows are more than just reflections. They are parables. The lessons depend on which characters you identify with, but consider this – those within “Dark,” “Westworld” and “Devs” whose decisions make a real difference aren’t focused on self-preservation or egoism.

Free will is perhaps our greatest tool to protect the collective good, when we understand what it truly means. Rather than purporting free will for the sake of it, following health guidelines and social distancing represent individual choices that do, in fact, make a world of difference.

Lily attempts to foil Forest’s God complex at the expense of her personal revenge over the loss of her boyfriend. Dolores expects to be destroyed for her cause – the liberation of all android-kind. Jonas is willing to stop the tragic cycle of time travel even if it means he will no longer exist. During the anxiety of COVID-19, the sacrificial nature of the characters in “Devs,” “Westworld” and “Dark” certainly provides food for thought.

So maybe God doesn’t play dice with the universe. Or maybe he does.

But depending on which shows one consumes during quarantine, power is not completely out of our hands, no matter how overwhelming the circumstances seem.