The Quad: Coronavirus misinformation ranges from funny to serious, but all can be dangerous 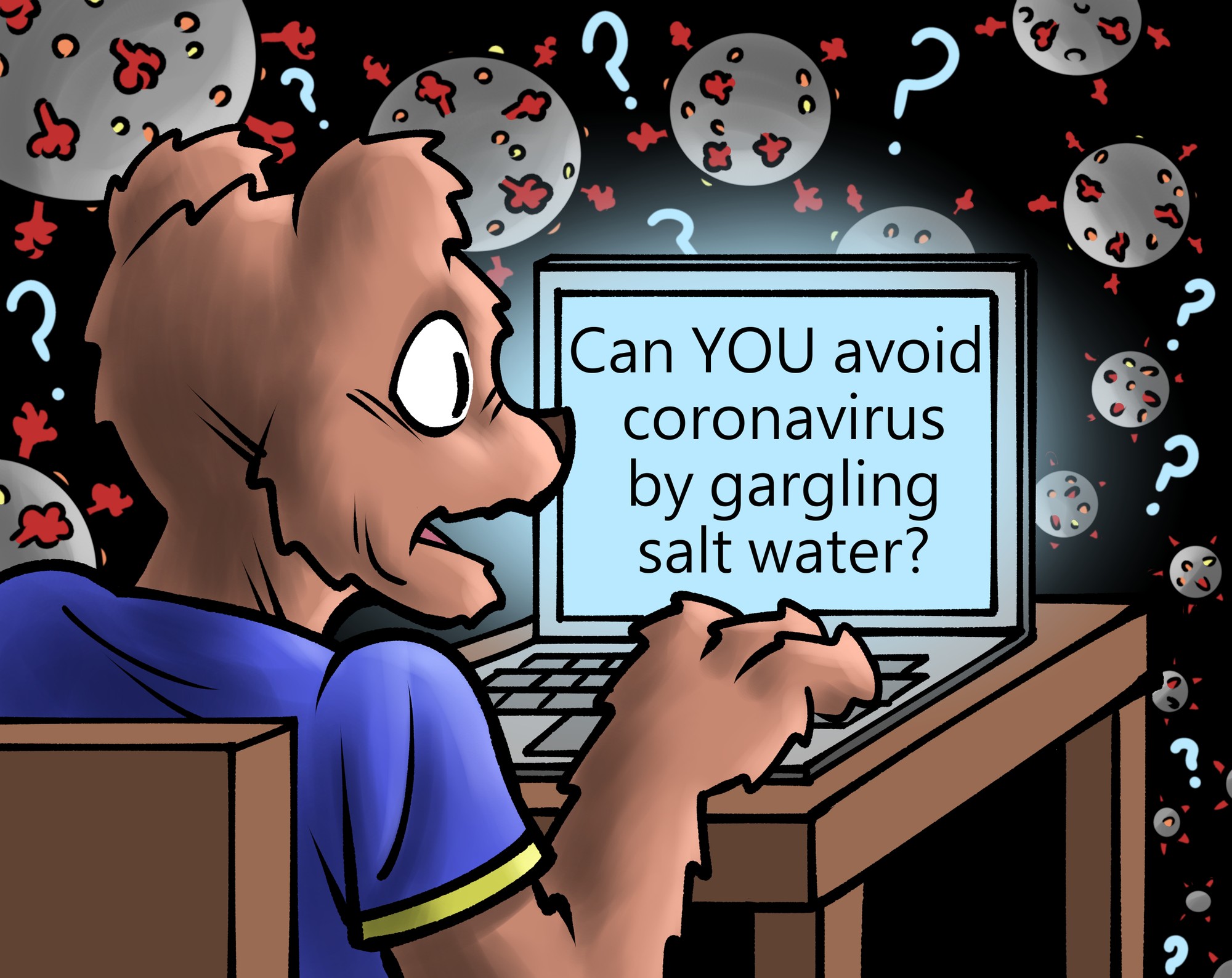 Time and time again we are reminded that you can’t believe everything you see on the internet – even if it involves seemingly real footage of drunken elephants sleeping in a garden during a pandemic.

Amid all of the chaos surrounding the COVID-19 outbreak is the rapid spread of misinformation about the virus, its origins and its effects. This misinformation ranges from uplifting stories of environmental progress and animal tomfoolery to more dangerous and unsubstantiated claims on the virus’ origins and how to avoid contracting it.

One alarming category of misinformation is composed of conspiracy theories about how the virus was introduced.

For example, one theory attempts to accuse a laboratory in Wuhan, China, for allowing the virus to leave the lab or for even bioengineering the virus themselves.

However, a group of public health scientists highlight, in a published statement by The Lancet, the strong evidence that falsifies these rumors and reveals the virus to be of natural origin. More importantly, these scientists uphold the work of the scientists and health professionals in China and emphasize how theories like this only serve as a detriment to the ability of scientists around the world to work together in pursuit of a common goal.

Another hub of misinformation involves preventative measures and potential cures for the virus.

Specifically, there are pieces of information floating around the Internet stating that acts like gargling warm salt water, consuming a certain type of silver or drinking frequent sips of water can prevent an individual from contracting the virus or can stop the virus’ progression. Though these methods differ, they share at least one common thread – a lack of substantial evidence to support their claims.

Additionally, people have been promoting the ingestion of chlorine dioxide solutions like Miracle Mineral Solution in order to “cure” the coronavirus. However, the U.S. Food and Drug Administration issued a statement in August 2019 warning the public about the very dangerous consequences of consuming these products – including potentially fatal low blood pressure.

Ultimately, these at-home remedies may provide people some peace of mind, but this false sense can be detrimental in light of both the dangerous quality of some of the methods themselves and the potential to discourage an individual from adhering to scientifically backed Centers for Disease Control and Prevention guidelines.

Nevertheless, the misinformation that has emerged recently is not limited to shoddy medical advice. Strangely enough, there have been several instances of uplifting yet untrue animal stories in the midst of all of this.

Viral social media posts about swans and dolphins in the Venice canals and drunken elephants in a garden outside a village in China provided temporary joy and comic relief in this otherwise frightening and uncertain time.

However, the swans and dolphins were not filmed in the Venice canals, and a news report from China stated that the elephants in the photo were not the ones who had passed through the village claimed in the post.

The individual responsible for creating the viral tweet about the swans claimed to be unaware that the information contained in her post was false. Thus, at least as far as the swans are concerned, we can see that sometimes the spread of false information online is unintentional.

Though under normal circumstances, potential disease cures and homecoming animals may lack commonality. In a time where there is no shortage of heartbreaking headlines, these once disparate things seem to mutually reflect the world’s simple desire for positivity.

Emanuel Maidenberg, a clinical professor of psychiatry and biobehavioral sciences at UCLA’s David Geffen School of Medicine, explained why we feel the way we do in this unsettling situation and how we should navigate these feelings as it relates to our intake of information.

“We all want for it to end, we all want to be safe, we all want to return to normal life,” Maidenberg said. “All of these are normal human instincts and feelings and desires. We have to respect them, we have to be aware of them, but we also have to remind ourselves that the only thing that will lead us out of it is hard science and scientific data.”

Nevertheless, in times like these, there seems to be no shortage of instances that may make us more likely to believe false information.

R. Kelly Garrett, a professor of communication at The Ohio State University, explains in a recently published article that individuals process large quantities of information in a sequential fashion – first with tactics like intuition and emotion, then with reason. This way of processing can lead us to make errors that become even more prevalent in crisis conditions when we feel uncertainty and lack of control.

Accordingly, large tech companies such as Facebook and Google have taken measures to attempt to limit the spread of misinformation about the coronavirus online. For example, the companies try to highlight information from reputable news sources and remove or flag posts found to contain inaccurate information.

The level of misinformation during this crisis is extremely high, and some of it inevitably goes undetected. We may not be able to stop the posting of misinformation, but we can adjust the way we interact with it.

For example, later in Garrett’s article, she shares ways that people can approach information in order to limit the spread of and our susceptibility to misinformation.

To be fair, this may be easier said than done as some pieces of information are more difficult to parse than others. Still, using these tools is a good start in being smarter consumers of information.

At the end of the day, the ability to spread information among a world brought together by this common threat may be one of our greatest weapons against it.

However, the novelty of this situation makes misinformation almost inevitable, and it is important to be reminded of that when consuming and distributing information – even if you come across some elephants that seem just too amusing not to share.