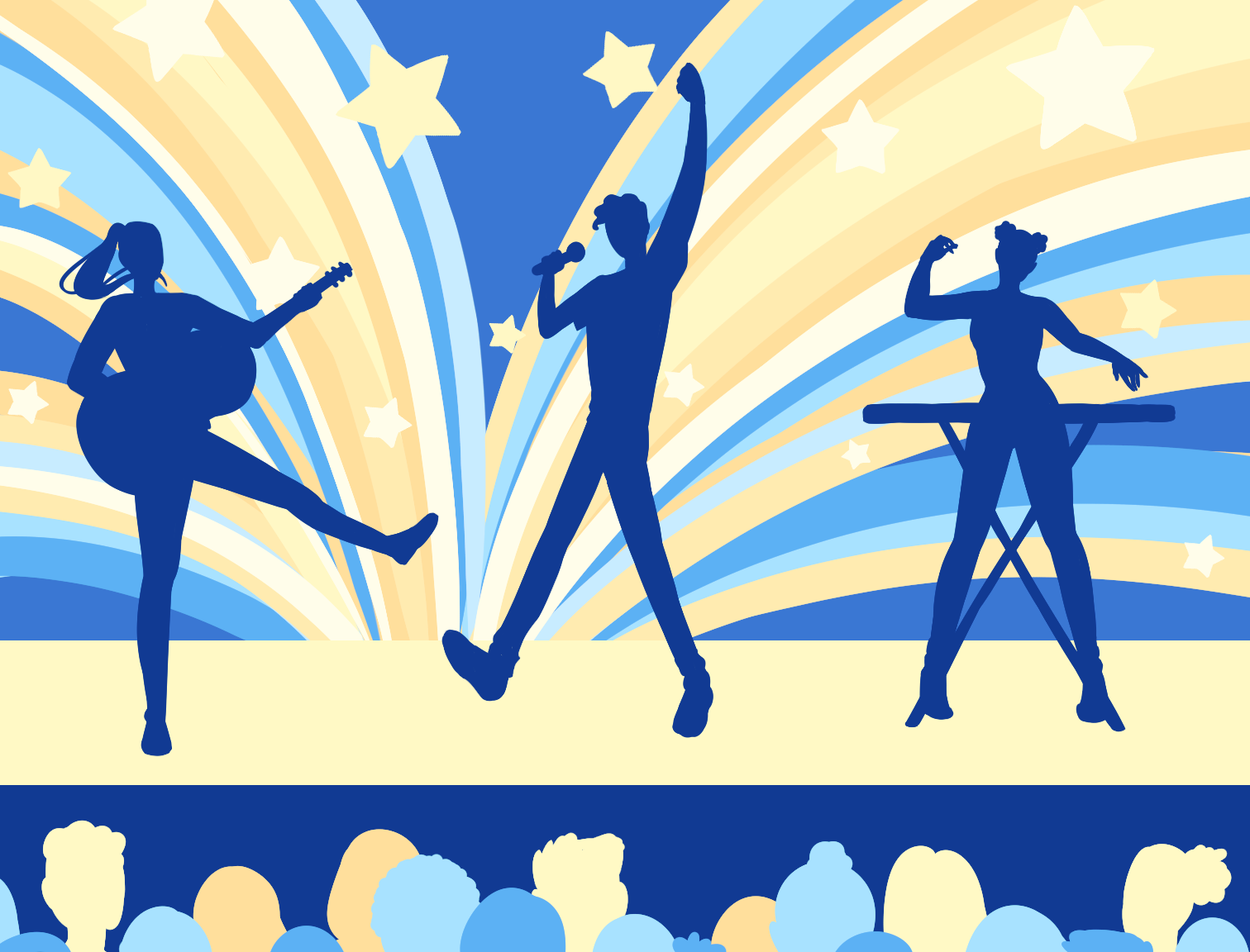 Band Night lets performers jam out and escape the often-suffocating trajectories of the music industry.

The quarterly event put on by the UCLA Music Club will be held in Kerckhoff Grand Salon on Friday, inviting both members and nonmembers to perform. Fourth-year psychology student Arissa Santos said she uses Band Night as an outlet to destress from academics and show friends her passion. Instead of placing high expectations on the bands who are performing, she said the event’s casual nature creates a comfortable atmosphere where anyone can sign up and share music they’ve been working on.

“It’s really nice that (Music Club) has something like Band Night, because it’s not as strict as other venues,” she said. “A lot of bands out here are out to get big (and) get signed, and sometimes that’s just not my goal. I really just want to make music.”

Last year was Santos’ first year performing at the event, which she heard of through other musicians she met at sporadic jam sessions. As a guitarist and vocalist, it was easy to add people to the band, Santos said, and using other instruments like bass, piano and harmonica kept her from feeling like she was falling into a boring musical routine. After much collaboration, Band Night was the perfect opportunity to showcase her band’s experimental approaches, she said.

Before coming to UCLA, Santos said she played gigs in an all-girl rock band from time to time, but the group inevitably broke up when she came to college. She said meeting musicians with different styles through Music Club led her current band to create new covers such as their jazzy rendition of “Babe I’m Gonna Leave You” and an acoustic version of “Mr. Brightside.” Singing covers at her Band Night performance offers familiar songs for the audience but allows the group enough freedom to add their own creative twists, she said.

“I really just wanted my friends to come and listen to some tunes because I was spending hours in a basement and I thought what we’d been playing was pretty good,” Santos said.

Band Night also offers a space for those not formally studying music or theater to take the stage. First-year physics student Rishi Acharya said as a drummer, he didn’t plan on performing in college because he thought more experienced musicians would achieve the spotlight. But he said Band Night offered him and other bands, duos and soloists an opportunity to perform their music to an intimate crowd regardless of the extent of their experience.

Before his Band Night debut, Acharya found his band during Music Club’s open jam sessions in Kerckhoff. Their main style is jazz fusion, which he said is a combination of his rock background with 1940s and 1950s jazz. The genre resonated well because Band Night is a relatively small scene, he said, so it’s comfortable for those who are just starting off because they can have their closest friends come and support their ideas.

“They don’t need to have their first performance in front of 100 people with high expectations,” Acharya. “For us, we want to test drive a couple of new songs because we got into composing our own music recently. So we want to show people and see how they react.”

Warren Coons, a second-year applied mathematics student and co-president of Music Club, said the event is for anybody who’s mildly curious about performing in front of a live audience. There’s no formal audition process, he said, and both the club and audience members are very supportive of the performers to make newcomers feel comfortable.

“We try to reiterate that anybody can come,” Coons said. “A lot of people who perform aren’t super experienced. They just want to share what they’ve written or what they want to play.”

Since the venue is intimate, the club members hope audience members will be encouraged to perform in the future, Acharya said. Most current members aren’t thinking of pursuing music as actual careers, but he said that they want to further their passions for performance. Band Night simply offers an opportunity for them to get on stage.

“We are all really chill because nobody’s career is hinging on making a breakout performance,” Acharya said. “So we’re just going to do experimental music, have some fun and see how it goes.”