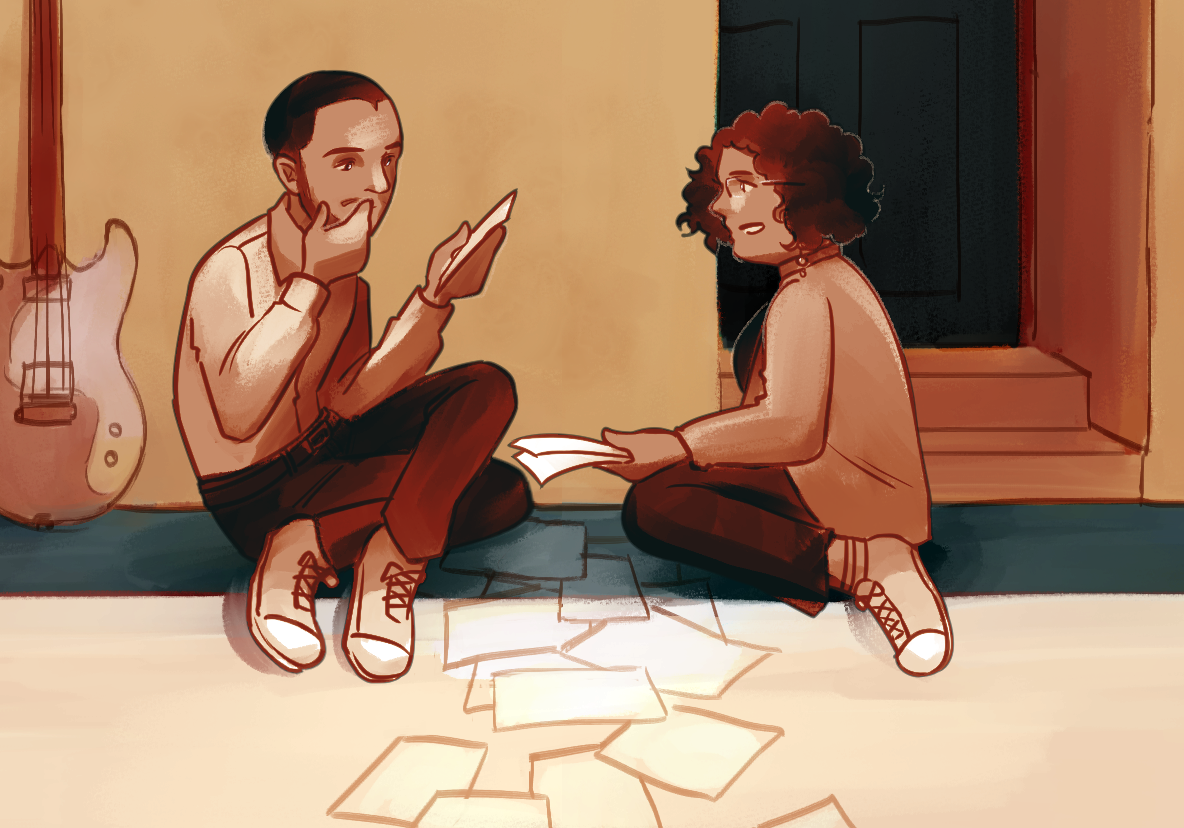 Mother-son duo Theresa Chavez and Gabriel Garza never thought they would work together on a project.

But with “Adobe Punk” revolving around the early 1980s punk rock scene that they both know so well, alumni Chavez and Garza said it only felt right for them to co-create, write and direct the play. Set in the town of Bell Gardens, the fictional theater work-in-progress follows three young punk rock fanatic Angelenos as they undergo their artistic comings-of-age.

Produced by About Productions and slated to premiere spring 2021 at the Company of Angels theater, the duo holds work-in-progress readings and workshops across Los Angeles in locations related to the play, such as Bell Gardens and San Pedro.

Having learned that his ancestors’ home burned down in the 1980s, Garza said he wanted to explore the link between that event and the early punk scene with his mother.

“It reminded me of my affinity towards punk music, which is something that I’ve always loved,” Garza said. “I correlated this actual event of this house burning down in the early ’80s with what was happening with the punk scene at the time, which was sort of at its height and its end in a way.”

Sharing the same love for punk music, Chavez said she pulled inspiration from bands she admired growing up, such as X. From watching them, she learned about being an artist who is not dictated by their artistic discipline. The band X was influenced by other genres but maintained its punk edge, which she said inspired her to push her artistic ideas and find new storytelling approaches.

The play touches on themes of youthful resilience and a do-it-yourself culture that connects the Lugo family, who built and lived in the house in 1844, with a contemporary 1980s Los Angeles punk scene, Garza said. The play also wrestles with defining punk, as he said the house burning down was emblematic of the punk era being at the height of its popularity before hardcore punk took over. He said the narrative is focused on the main characters’ abilities to embody an independent mindset while making punk music with limited resources.

“We’re looking at the (Lugo) family and trying to reconsider that maybe what they were doing was actually kind of punk,” Garza said. “Because we are combining these two major historical time frames of the punk movement and early California history.”

Because both mother and son are fans of the punk era, they aimed to accurately depict the play’s musical aspects. Originating in Los Angeles, they also shared a desire to pay homage to their hometown’s culture, so they enlisted the help of film composer Sage Lewis to bring their sonic vision for the play alive.

Lewis said he studied the punk music that Chavez and Garza recommended and researched the kinds of Los Angeles music that was around during the Lugo family’s time more than 150 years ago, such as old Spanish American music.

“The music can influence the writing, and the scenic design and all the other elements can kind of grow together and influence the creation of the story,” Lewis said. “Before (Chavez and Garza) were writing, we were talking a lot about the idea of the characters and the world before there was really a story or characters.”

There’s an additional challenge in composing music for a play that’s already rooted in a certain sound and era of music, Lewis said. Most of his work has been reinterpreting existing works of bands like Minutemen, X, Adolescents and Blondie to fit the stage format. He created sound collages to speed up or slow down certain elements of the songs to rearrange them in a sonically pleasing way.

There is also more of a technical challenge in surgically putting together elements of songs that don’t necessarily fit together because of different tempos or chord progressions, Lewis said.

“Punk is more about the energy and the intensity of it,” Lewis said. “It’s a very democratic type of egalitarian music form where anyone can pick up an instrument and know how to make a noise, and it’s sort of empowering that way.”

With Lewis behind the composition of the music that will immerse the audience into the right era, this allowed Garza and Chavez to focus more on the script and the direction of the piece. Garza said he and Chavez evenly split the writing and come together to work out the finer details. However, Garza said they also work to guide Lewis with records and playlists to fit the script.

Garza has never written a play before, but he said he has been seeking guidance and learning from his mother throughout the writing process. Chavez said it was a very touching moment for her when her son reached out about possibly working on a project, and their back-and-forth collaboration during the writing process has been very inspiring for her.

“My approach has been to sort of leave my mom hat at the door,” Chavez said. “I felt like I was just walking into another room with another artist who I trust and respect.”