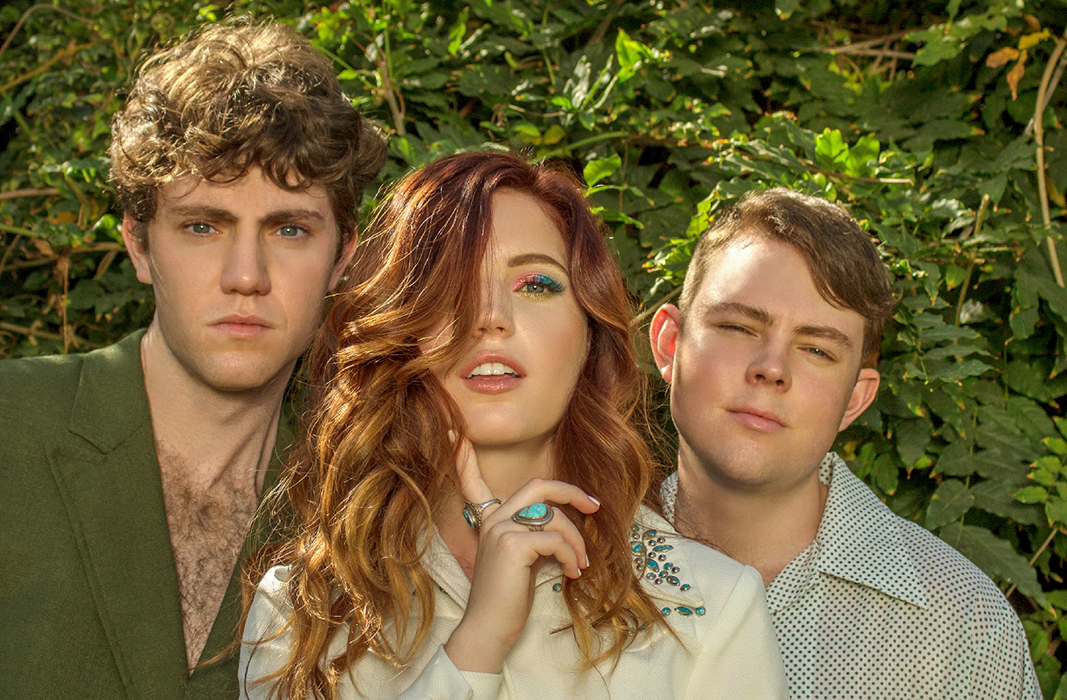 Echosmith, composed of Noah, Sydney and Graham Sierota, will be concluding its Lonely Generation Tour in Los Angeles on March 5. Bassist and vocalist Noah Sierot said he and his siblings begin their songwriting process with an open conversation. (Courtesy of Ariana Velazquez)

Nearly seven years have passed since Echosmith’s debut single “Cool Kids” released, but the band is just getting started.

The alternative-pop trio’s sophomore album, “Lonely Generation,” digs deep into Echosmith’s growth as both a family and a band throughout the years. As its members continue touring in promotion of the album, bassist and vocalist Noah Sierota said he hopes the audience can find joy in the stories Echosmith tells through its music. The Lonely Generation Tour will conclude in Los Angeles at The Fonda Theatre on March 5.

Relaxing at a coffee shop during a break on tour, Sierota spoke with Daily Bruin’s Jessica Li about Echosmith’s evolution over the years and the inspiration behind “Lonely Generation.”

Daily Bruin: How does your relationship as siblings shape the way you write music and the band’s dynamic?

Noah Sierota: Because of how close we are, we have a lot of fun. Whenever we’re making music, there’s a lot of joking going on.

I think that joy kind of comes through in our music and also in our willingness to be open with each other and start these conversations, especially for songs that may be a little bit more weighty. When you’re doing what we do together, you’re experiencing a lot of life together, and you have to be very open about what you’re going through during the songwriting process as well.

DB: Where did the band find the inspiration for songs from “Lonely Generation,” and why did you choose the themes behind them?

NS: Usually we start off our (songwriting) session with a conversation, and that can lead to all sorts of kinds of stories, and sometimes that can lead to a song that deals with something that’s more positive or that we’re just excited to make a story about. Other times, it’s dealing with issues that are more difficult, like our fear to be alone. Being real and raw with each other in that and then writing off of that is helpful for us as a band and family to be united and continue those kinds of conversations together.

DB: You’ve talked before about how “Lonely Generation,” the title track, is about the complicated role social media plays today. How do you, as musicians, find a balance between using social media and just living life?

NS: We’re all trying to figure out this new dynamic of realizing adulthood and how social media plays a part of that. I think there’s value in being able to use social media to connect with fans and spread the word about our music and our shows and connecting to people with our songs.

I think remembering the power of what it can be, but also restricting yourself and having time to be by yourself are good opportunities to remember what life is like apart from these cellular devices. These little opportunities to just grow and challenge myself is key. I don’t think the answer is to stop using (social media), because it’s an important part of how to share our life with our friends and family and to connect with other people by universal ideas that we can back. There are a lot of pros to it; we just have to figure out how to be balanced in it.

DB: How do you feel like your music has evolved over the years compared to your first album?

NS: For us, we were all teens, and now we’re all in our early 20s. Because of that, we’ve had a wide range of experiences, and we didn’t expect or know how we were going to get through them. Creatively, you start making music in a different way because of different circumstances or the mood that you’re in that day or because of the strangeness of our 20s.

I don’t want to be a band that just makes music that sounds like my first record. It’s incredibly boring, and I don’t think that really honors the listener. I think it’s important that we challenge anyone that’s taking in our art, and that can be done in a lot of different ways, and we’re always trying to figure out ways to do it better.

DB: What do you hope your fans can gain from the album and tour?

NS: For a lot of people listening to these songs in their cars, or homes or headphones to gather together in a public space and sing these songs together and these stories together is a very powerful experience. It reminds me of what music is about.

It is really cool to listen to music by yourself and be impacted by it, but when you come together with other human beings in person and realize, “I’m not alone in feeling this,” it’s not just the band, but also the community of people when people create friendships with people they meet at shows. I think it’s such a special way to meet people and a really good opportunity to find really cool connections.