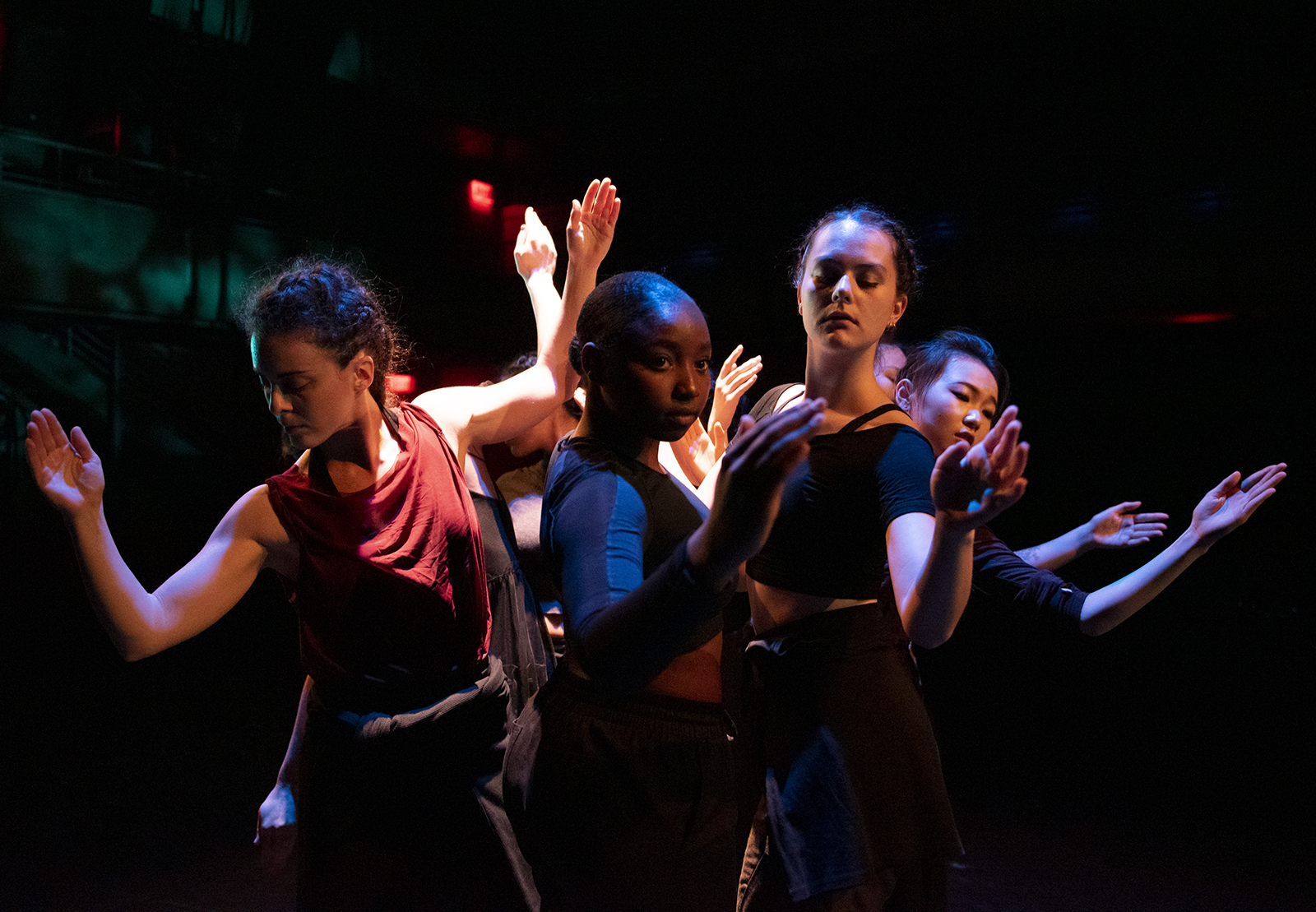 With her piece “Phoenix,” graduate student Marianna Varviani brings the hope stemming from the ancient myth into everyday life.

The piece, choreographed by Varviani and performed by UCLA students, will be showcased Friday at the Glorya Kaufman Dance Theater. Since she moved to the United States from Greece, Varviani said “Phoenix” was heavily influenced by Greek mythology and traditional ceremonies. In particular, Varviani said the story of the phoenix rising from the ashes inspired the piece, as did the sense of catharsis she feels from attending traditional Greek festivals.

“So this story, which comes from Greek mythology, it’s about this being that keeps going through many stages but gets reborn again,” Varviani said. “Despite all the challenges and destruction and horrific stuff, there is always hope and energy.”

With seven dancers and only about eight weeks to rehearse, Varviani said the most challenging aspect of choreographing was the time constraints and planning around her collaborators’ busy schedules. She said she began working with a small group of dancers to choreograph for the first half of the period and then expanded to teach an additional group the choreography in the final weeks. However, she said she still considers the work to be in progress, as she will continue elaborating on the current choreography and length over the next year to culminate in her final project for the third year of her MFA.

On top of including more dancers, Varviani said the piece expanded to include original music by alumnus Sam Young. He said he composed the current score with the goal of capturing his emotional reactions to the dance’s evolving movement.

To depict the struggle of overcoming obstacles, Young said he relied on technological and industrial sounds – like distorted drum beats and bass noises – to best adapt the ancient myth into modern life. In addition, Young said the music also utilizes frequencies, distortion and different musical textures to match the peaks and valleys of the choreography. For example, Young said he utilized a more chaotic and high-energy sound to depict a scene in which a spark catches fire, but in the moments after this climax, he shifts the score to be more meditative and introspective.

Along with the musical portrayal of moving through obstacles internally and externally, Varviani said these themes are also reflected in the choreography. Second-year dance and political science student Sophie Poe said the dance addresses life’s challenges by blending a mixture of abstract and concrete symbols of protesting. The performer said some movements involve the group raising their fists in unison or forcefully bringing their hands behind their backs, alluding to being handcuffed. Inspiration stemmed from ideas of protesting and police violence in Greece that Varviani referenced during the rehearsal process, Poe said.

“What I think about when I’m dancing is being so overwhelmed and having so much going on around the world that is unjust and I want to do something about but can’t in some ways,” Poe said. “So it’s kind of all that frustration and action and failed attempts to do something. It’s all adding up until it just breaks.”

While the piece caters to each performer’s specific movements, Varviani said it also cater to them through costuming. Varviani said each ensemble has a lot of physical layers to emphasize each movement and reflect an urban mood by combining the practicality of layers and a dark color palette of black, gray, burgundy and dark green. Through the costumes, Varviani said she hopes to apply the story of the phoenix more broadly to everyday life and express individuality among dancers.

“It’s this circular pattern, this journey, that, despite the difficulties, there’s always an upside and hope and rebirth,” Varviani said.