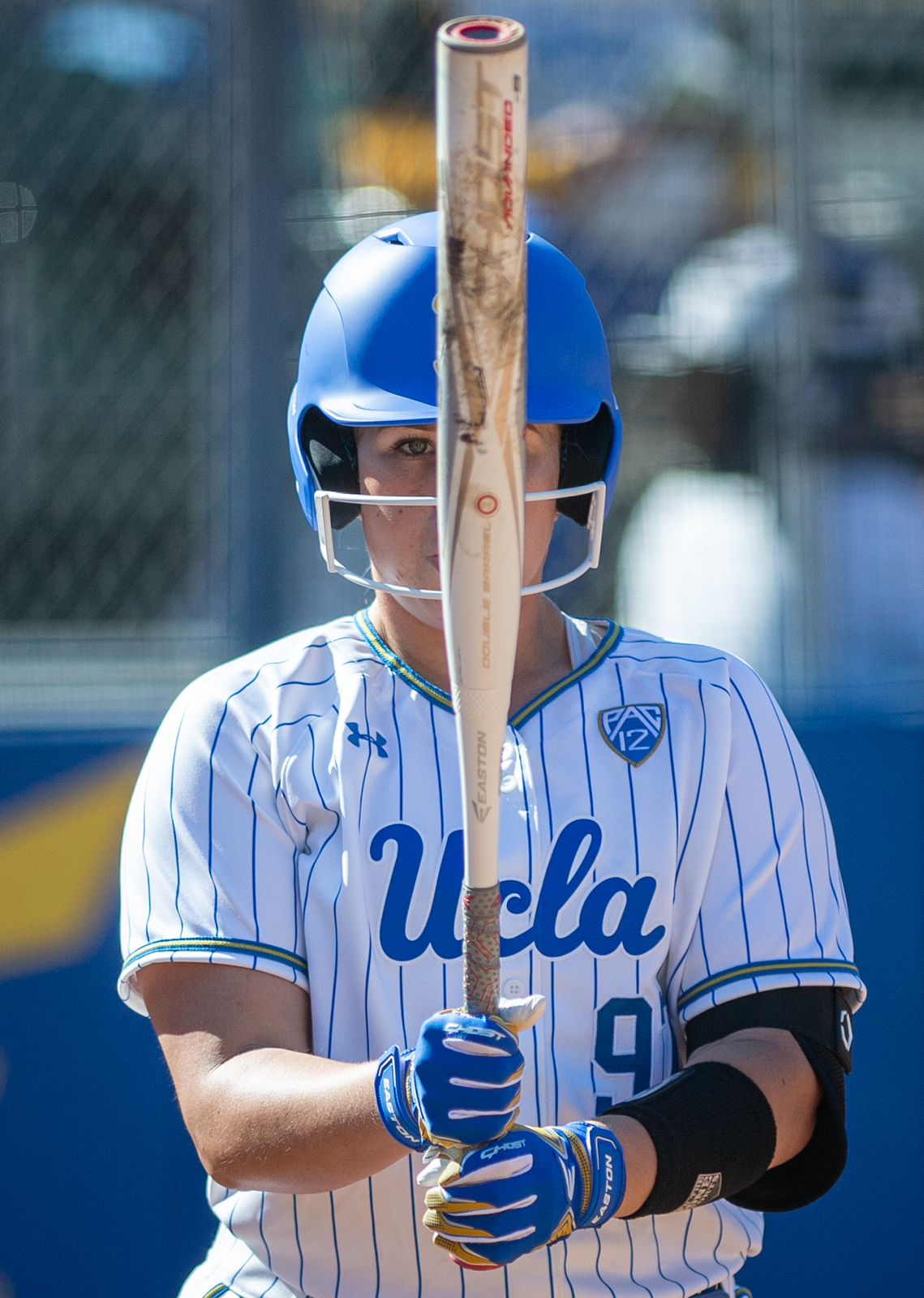 Junior transfer infielder Delanie Wisz was one of four players who made their debuts for No. 4 UCLA softball in the first game of the season. Wisz hit two home runs in the game and finished the first weekend of play with a .438 batting average. (David Rimer/Daily Bruin)

Junior transfer infielder Delanie Wisz was standing with her hand above her UCLA letters, staring at the Easton Stadium scoreboard, when it hit her.

“When we were on the (third base) line doing the national anthem I was like, ‘Oh, I’m really here,’” Wisz said.

Two innings later, in No. 4 UCLA softball’s (6-0) season opener against CSU Bakersfield (0-5), Wisz had logged both her first collegiate hit and home run in one half-inning. Wisz and three other Bruins made their debuts that night – freshmen infielders Maya Brady and Seneca Curo and freshman catcher Alyssa Garcia – all of whom coach Kelly Inouye-Perez said she was impressed with this weekend.

“That’s probably the most exciting part of the weekend – the expectations and excitement (surrounding) the new Bruins and, man, did they exceed,” Inouye-Perez said.

In the six-game Stacy Winsberg Memorial Tournament, the four were a combined 28-for-59 with 15 extra-base hits and 29 RBIs. Brady – who hit cleanup in every game – began her freshman campaign homering in four of her first five games and grabbing 22 total bases, leading the Bruins in both stat categories. Curo and Wisz are tied at second on the team in home runs with two apiece.

Curo followed up the first big fly of her career in UCLA’s 4-0 victory against Pittsburgh (2-3) on Saturday with a grand slam Sunday when the Bruins defeated the Panthers 17-0, bringing her RBI total to a team-leading 11. Curo said this weekend has left her excited for a potential return to Oklahoma City.

“Getting this first weekend out of the way and seeing what we’ve done so far – I’m ready,” Curo said.

With redshirt senior pitcher/first baseman Rachel Garcia and senior infielder Bubba Nickles missing the 2020 season to train with the U.S. Olympic Softball Team and outfielder Taylor Pack graduating after last season, UCLA is without three of last season’s mainstays in the lineup, who all had 10-plus home run seasons.

Inouye-Perez said the performances exhibited by Brady, Curo and Wisz – who are tops on the team in slugging percentage – helped put to bed worries regarding power in the lineup.

“After losing big sticks … people who really impacted with the strength and power of the longball – to see (Brady) come in and hit four homers in her first weekend,” Inouye-Perez said. “Nothing but an amazing positive for us knowing there’s power not just from (Brady), but from (Curo and Wisz). … It was a really big breath of fresh air knowing that we did lose a lot of power from our lineup last year so this was huge.”

Brady’s slugging along with her .500 average garnered her both Pac-12 Softball Player and Freshman of the Week honors.

Inouye-Perez said the athleticism exhibited by Brady, Curo and Wisz, who all played at least two positions in the tournament, also fits with the Bruins’ platoon strategy on defense.

“We’re very versatile, so (moving around fielders) has always been the plan,” Inouye-Perez said. “(Brady and Curo) can be in the infield and outfield. That’s a credit to them. They have great athleticism and a willingness to do whatever they can for the team. That is something you’ll see throughout the season.”

Freshman pitcher/utility Lexi Sosa also made her first two appearances in the circle Saturday and Sunday. Sosa allowed four runs off seven hits in the Bruins’ 8-4 victory over the Roadrunners – good enough for a win in the first start of her career – and threw two shutdown innings with four strikeouts in relief against Pittsburgh.

Inouye-Perez said the addition of Sosa behind sophomore pitcher Megan Faraimo and junior pitcher Holly Azevedo will bolster UCLA’s rotation in the absence of Rachel Garcia.

“The adversity is the best part. To see (Sosa) get hit or deal with adversity and then have that opportunity – a couple (Roadrunners) got some hits and she came back,” Inouye-Perez said. “We’re learning how we use (the pitchers). … We got to see we have the ability to have three different looks with our pitchers, and that’s always a strength for any program.”

Freshman catcher/first baseman Sara Rusconi Vicinanza also left the yard for her first hit in her second collegiate at-bat against the Panthers on Sunday. Inouye-Perez said there will be another new face behind the dish when graduate catcher/utility Jenavee Peres makes her debut in the St. Pete/Clearwater Elite Invitational from Friday to Sunday. 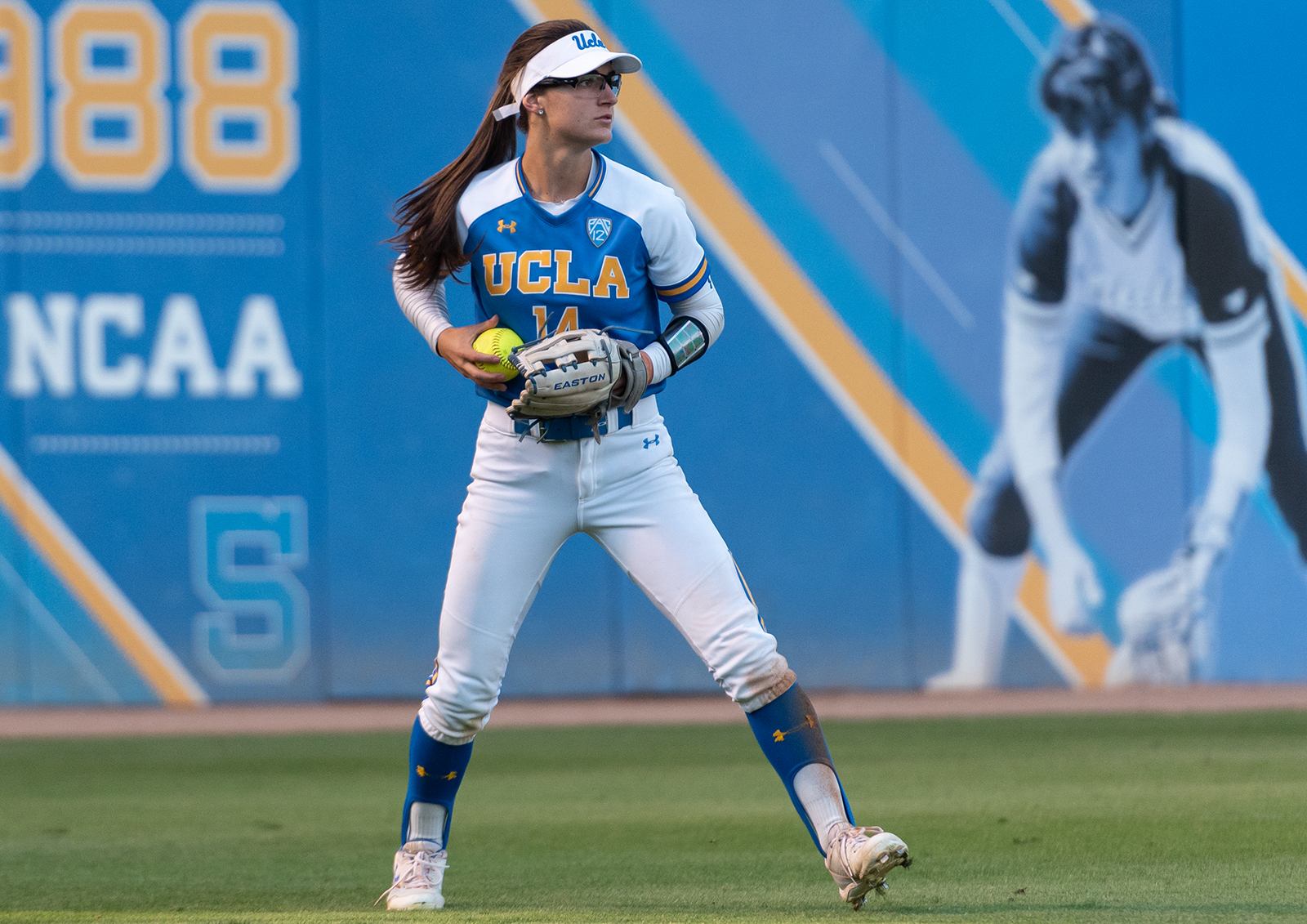