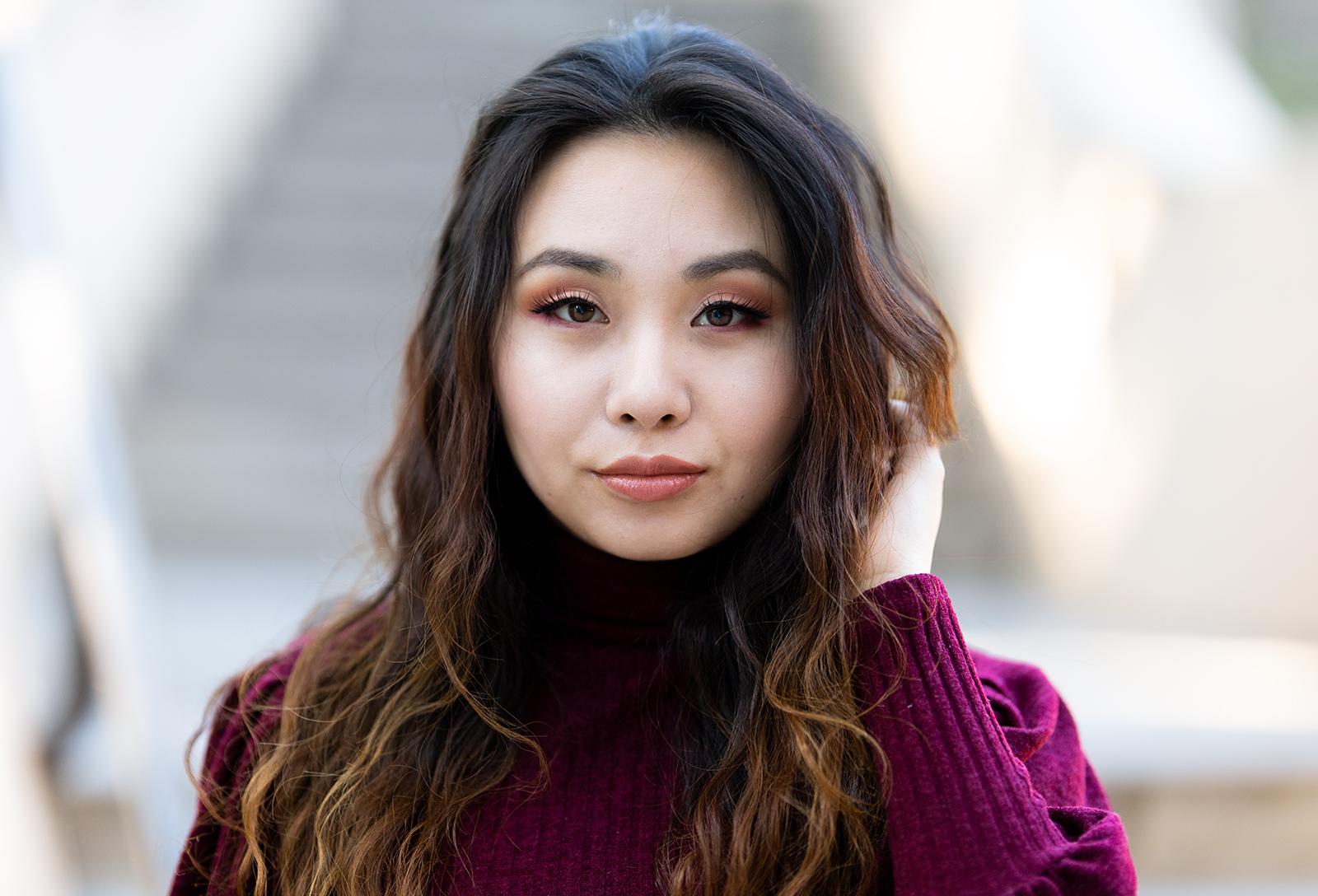 Alumna Ivy Liao wrote, directed and supervised the visual production of her film “Cupid’s Paradise” which is set for distribution Feb. 11. on an online science fiction distribution platform, DUST. Liao said that the film was a chance to explore the limits of visual effects and comment on the growing role artificial intelligence plays in the modern world of dating. (David Rimer/Daily Bruin)

Ivy Liao said she doesn’t create a film without experimenting with different tools.

“Cupid’s Paradise,” the UCLA alumna’s newest short film, is set for public distribution Tuesday on a digital distribution platform, DUST. Liao wrote, directed and supervised the visual production of the film, which she started when she was still a student, and utilized her self-taught visual effects skills in greater fashion than her previous films. The world in Liao’s short film was created through multiple visual effects, such as green-screened backgrounds and computer-generated imagery.

“Compared to a lot of other filmmakers, I definitely am more of a digital filmmaker. I embrace our culture and our use of green screen and CGI,” Liao said. “So I think for me, this path was a natural path to take.”

Set in a futuristic world where everyone has a number above their head indicating a superficial rating of attractiveness, “Cupid’s Paradise” follows Jenn, who is desperate to raise her number and find a match. If she fails to do so within 100 dates, she becomes a slave for Cupid, the holographic angel that watches over the fictional world.

Liao said “Cupid’s Paradise” was inspired by fantasy and sci-fi stories, like those told in Netflix show “Black Mirror,” and used current dating apps like Tinder to explore the superficial direction of modern society.

“With dating apps, it’s a lot about digital first impressions,” Liao said. “We’re judging people based on a few pictures and a short (biography). To me, that feels very superficial and quick.”

Liao said the CGI process took three years, with postproduction beginning even before they started shooting. Since “Cupid’s Paradise” was a small-scale project started by Liao when she was just a student, she said her CGI team utilized its own resources, and the lack of production teams or tools extended the process.

Despite the lengthy undertaking, CGI supervisor Veronica Chen said she was proud of how the world and story of “Cupid’s Paradise” was realized through her work. Chen said it was incredible to see how the sheer amount of visuals such as the cupids, robots and artificial lighting made the sci-fi setting immersive, especially since she had begun working on the imagery very early on in the production process. Liao herself understood the excruciating time put into the visual production, especially since as visual effects director, she was in charge of designing the effects and coordinated her team in modeling, animating and translating the CGI into the scenes she shot.

“It was quite a feat because there (are) a lot of people and money involved in postproduction,” Liao said. “As a student, I had none of those, so post-production was … a labor of love from the volunteers.”

Liao said that she was responsible for much of the postproduction, as she created a multitude of visual effects to establish the futuristic, sci-fi setting. Many of the film’s locales, such as Jenn’s room, were created with the use of a green screen backdrop. The technology allowed Liao to expand the set itself and to express her fantastical vision to the audience with visual effects, because she had creative control over the look, scale and atmosphere of Jenn’s surroundings.

On the other hand, Andrea Martina, the lead actress of the film, said that she found acting with a green screen a harder experience than normal scenarios. Since she lacked props or other actors on set, she had to act with her own imagination and pretend to interact with a world she couldn’t see. Martina would, on some days, only work with different colors of tapes, which she said was a strange experience. Despite this, she said the visual effects were an integral part of the film’s message of superficiality.

“I watch it now – it’s kind of this ecstasy of lights and glitter and glimmer and this super exaggerated world,” Martina said. “The bright neon colors show this kind of dream world that is almost imagined.”

Martina said these visuals will give the viewers an idea of society’s shallowness. Creating this imagined dream world of “Cupid’s Paradise” took a lot of work, as it was Liao’s first VFX-heavy film of her career, but she said she plans to continue evolving that aspect of filmmaking with an anthology series taking place in the same world as her newest film. As her skills with visual effects grow, she said she will be capable of bringing even more visionary depictions to the screen.

“CGI is an integral part of the fantasy genre now,” Liao said. “It’s definitely a goal to keep going down that rabbit hole, to find new technologies and embrace it, because I think technology influences the art, and the art influences the technology.”