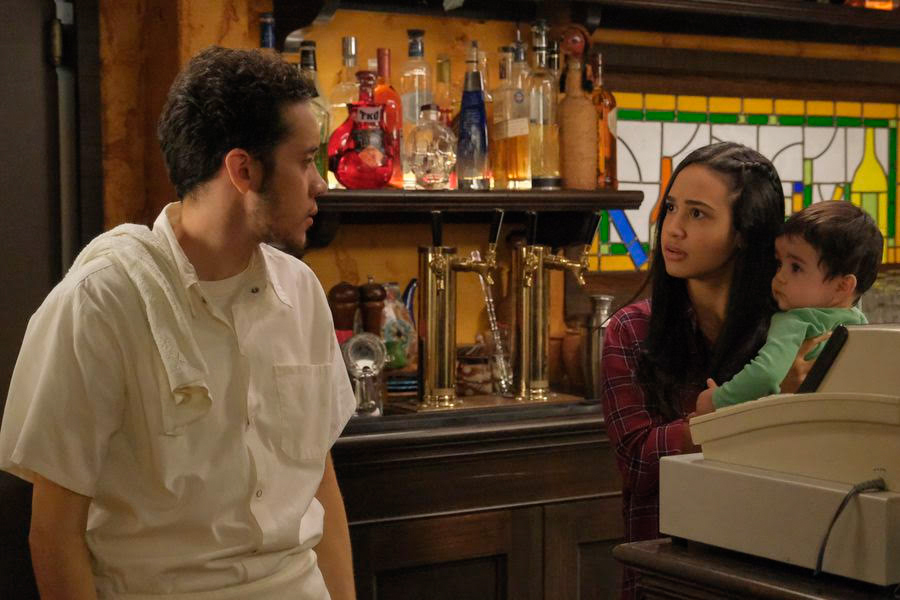 This week’s “Party of Five” felt like a filler despite shocking backstory revelations.

“Patch Job,” the sixth episode of the Freeform production, finally provided some much-needed clarification to the motivations of some of its main characters. Viewers finally learn why Matthew (Garcia) doesn’t want to apply for Deferred Action for Childhood Arrivals program and is still experiencing homeless. The other narratives, however, were superfluous and accomplished nothing to progress the show’s many threads.

And considering the show is now more than halfway through its 10-episode season, the overarching dramatic tension has been too inert to build up to an explosive season finale.

Certain subplots were tedious to watch as they were based on weak premises, such as Ella (Audrey Gerthoffer) and Beto’s (Niko Guardado) relationship troubles. Beto’s ego won’t allow Ella to pay for an expensive dinner – even though he can’t afford it – which leads Ella to storm out. But the couple’s income disparity has already been heavily discussed in prior episodes, making the scene unnecessary. These storylines, of which there are many in the series, seem to rehash preexisting information instead of adding new conflicts or actively expanding prior ones.

A significant amount of time was also spent on an inconsequential plumbing problem at the Acosta house. Because while Emilio (Brandon Larracuente) having to fix the sink on top of his already long to-do list speaks to his ever-growing responsibilities, viewers don’t need to be reminded about the stakes and pressure put on the family, especially not through trivial matters like a leaky pipe. After increasing the tension in last week’s episode by involving child protective services, such banality feels like a step backward.

Mundanity aside, The introduction of a new character does slightly shake things up. Rafa’s new babysitter, Natalia (Sol Rodriguez), provides Emilio with a sense of personal growth as she reminds the elder Acosta that asking for help is OK. When Emilio breaks down over the pressure he’s under, claiming he should be self-made like his parents were, she tells him that all immigrants who come to the United States seek support within each other.

Natalia is proving to be already more interesting than Emilio’s previous ex Vanessa (Amanda Arcuri) since her presence is actually changing his character for the better. Not to mention, she’s also improving the family dynamic, becoming a natural caretaker for Rafa and taking a significant burden off Emilio’s shoulders.

Meanwhile, the most unexpected plot point revolved around Valentina (Elle Paris Legaspi), who’s taken on the persona of Amanda Davis, the white girl who her mother is nannying in Mexico. When she goes to her new krumping class – which she chooses only because she saw it on Amanda’s Instagram – she introduces herself as Amanda and lies about her background.

Val’s white lie is probably the most exciting turn of events so far this season – which says a lot. This 12-year-old’s actions are surprisingly heartbreaking. All of the angst and sadness she’s experienced has resulted in her literally taking on someone else’s identity. It’s a bit uncomfortable to watch Val resent her life so much that she feels the need to reinvent herself, but it also opens the door for more conflict, unlike most of the other storylines in “Party of Five.” Val’s identity crisis feels authentic and raw, whereas the other siblings seem to adjust to their parents’ departure quite seamlessly, all things considered.

But arguably the biggest moment of tonight’s episode was the reveal that Matthew is transgender. In an intimate conversation with Lucia (Emily Tosta), Matthew tells her he’s reluctant to apply for DACA because he would have to use the gender on his birth certificate, which he is unwilling to identify with. By introducing a transgender character, the show addresses yet another topic that deserves to be given a spotlight on screen.

However, it remains to be seen if the network manages to integrate this aspect of Matthew’s character with the care and nuance it deserves. The previous episodes of the series have proved that the underlying issue with “Party of Five” is that it can be too blunt when dealing with its tough subject matters. So far in this season, the Acostas’ dialogue and conflicts when it comes to immigration tend to be too on the nose, resulting in a heavy handedness that makes the story feel somewhat like a superficial public service announcement. Adding in yet another plotline that deserves nuance and dignity might end up stretching the show even thinner than it already is.

With only four episodes left, there doesn’t seem to be anything to warrant a second season unless the writers up the ante.