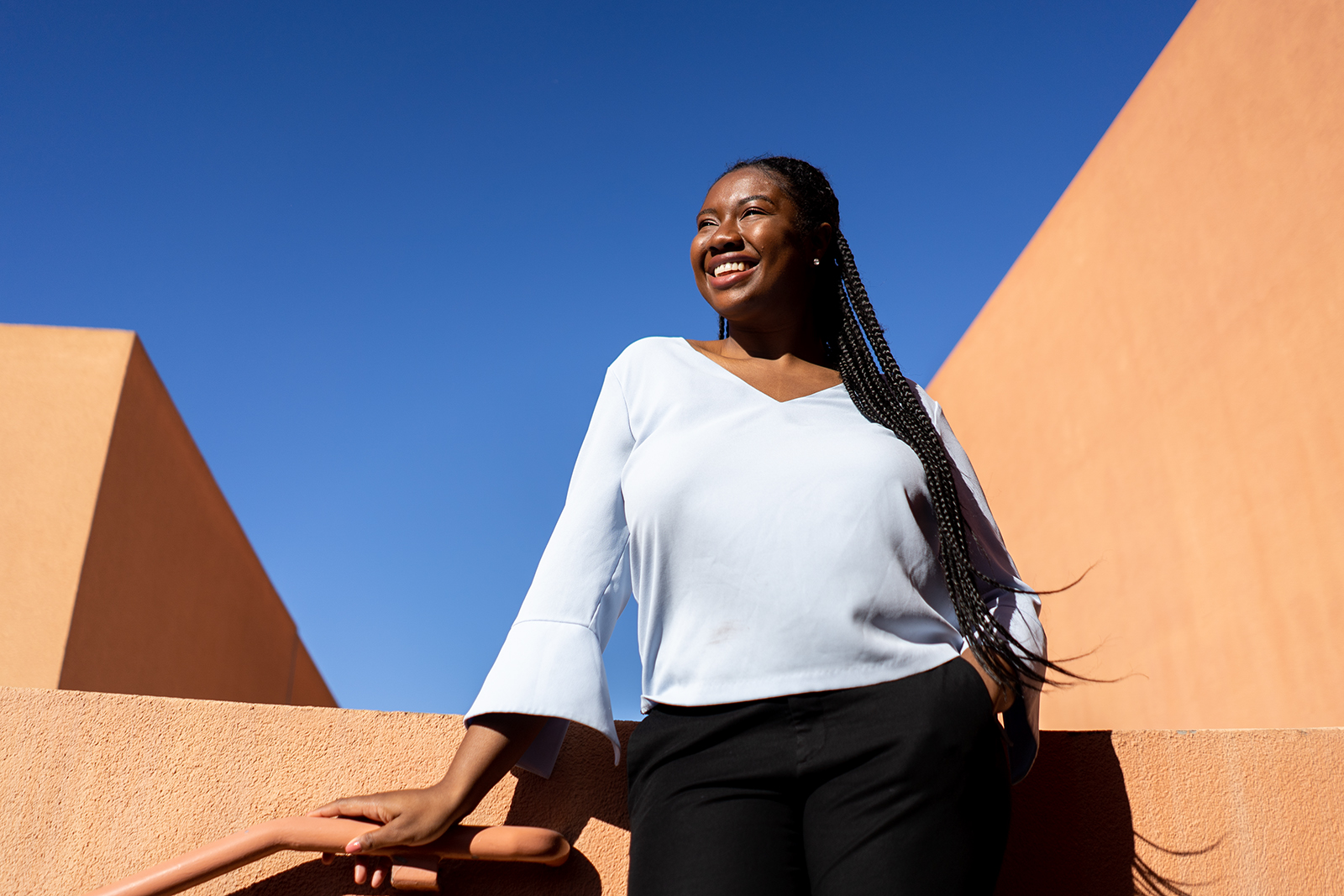 First Year Experience coordinator Simone Jackson said The Common Experience aims to give students a way to make the large UCLA campus feel a bit smaller. Each year, the program choses a book, TV show or podcast for students to engage with. This year’s theme focuses on gentrification in Los Angeles, and students are encouraged to listen to the podcast “There Goes the Neighborhood.”
(Elise Tsai/Daily Bruin)

The population of over 45,000 people attending UCLA can be extremely overwhelming for many students.

Jackson said The Common Experience is a program that allows students to explore a specific title together, such as a book or TV show. This year’s theme is Los Angeles, in commemoration of the centennial, and the chosen title is the podcast “There Goes the Neighborhood.”

“The purpose of the program is to select a title each year for all Bruins to read, listen or watch together centered around a common theme,” Jackson said.

The program was created in 2008, originally called The Common Book Program, in which a book was selected and offered for students on the Hill to read together. Since then, a new book has been chosen every year and has led to a campus-wide discussion for students on and off the Hill, Jackson said.

Now, the program’s name has changed to The Common Experience and includes a wider range of works beyond books, such as TV shows and podcasts centered around a certain theme. This year’s theme is Los Angeles in acknowledgment of UCLA’s role in the city. The selected title, the podcast “There Goes the Neighborhood,” discusses living and gentrification in Los Angeles.

“The mission has never changed even though we’ve changed our name: to ignite campus-wide discussions on compelling social issues and inspire action within the Bruin community,” Jackson said.

Each of the nine podcast episodes explores a particular neighborhood of Los Angeles, featuring different people living there who speak about what their lives are like there and how gentrification has affected them. One episode focuses on the effect of gentrification on the African American population in Inglewood, and another features the effect on artists in Downtown Los Angeles.

“The reason we chose the podcast was because it works really well with our theme of LA and it’s also a great way to do something new,” Jackson said. “It’s not a book, it’s something people can listen to, but we do have the transcriptions on our website if anyone would like to read what they heard as well.”

As for the process of deciding this year’s title, Thomas King, who served as a committee member in selecting the podcast, said they prepared to release the selection of the year by meeting beforehand and exploring the options. King said the process began with people nominating different works that fit the theme of Los Angeles, eventually narrowing the titles down to four finalists. Among them were two books, a TV show and a podcast.

Jackson said they ultimately chose the podcast not only for its direct coverage of the city, but because it also opened discussions about a wide array of topics such as law, policy and race relations in a form that was easy to digest.

Once the final four options were chosen, King said the committee members were responsible for engaging with the options themselves to rank them. The committee then gathered to discuss its ranks and make its final decision.

The opportunity to be exposed to new ideas and discuss a common work with other students proved to be a very valuable aspect of this program, said third-year biology student Anthony Wong, who participated in the program last year. While the selected book for the year may have been met with controversy, he said reading the book was a good learning experience because, in doing so, participants were introduced to a wider dialogue and were exposed to more than one perspective on certain issues.

“It’s a good place to start a conversation,” Wong said. “Even if you don’t like the book, I feel like it’s a good way to be exposed to new ideas.”