‘The Manic Monologues’ brings discussion of mental health to the stage 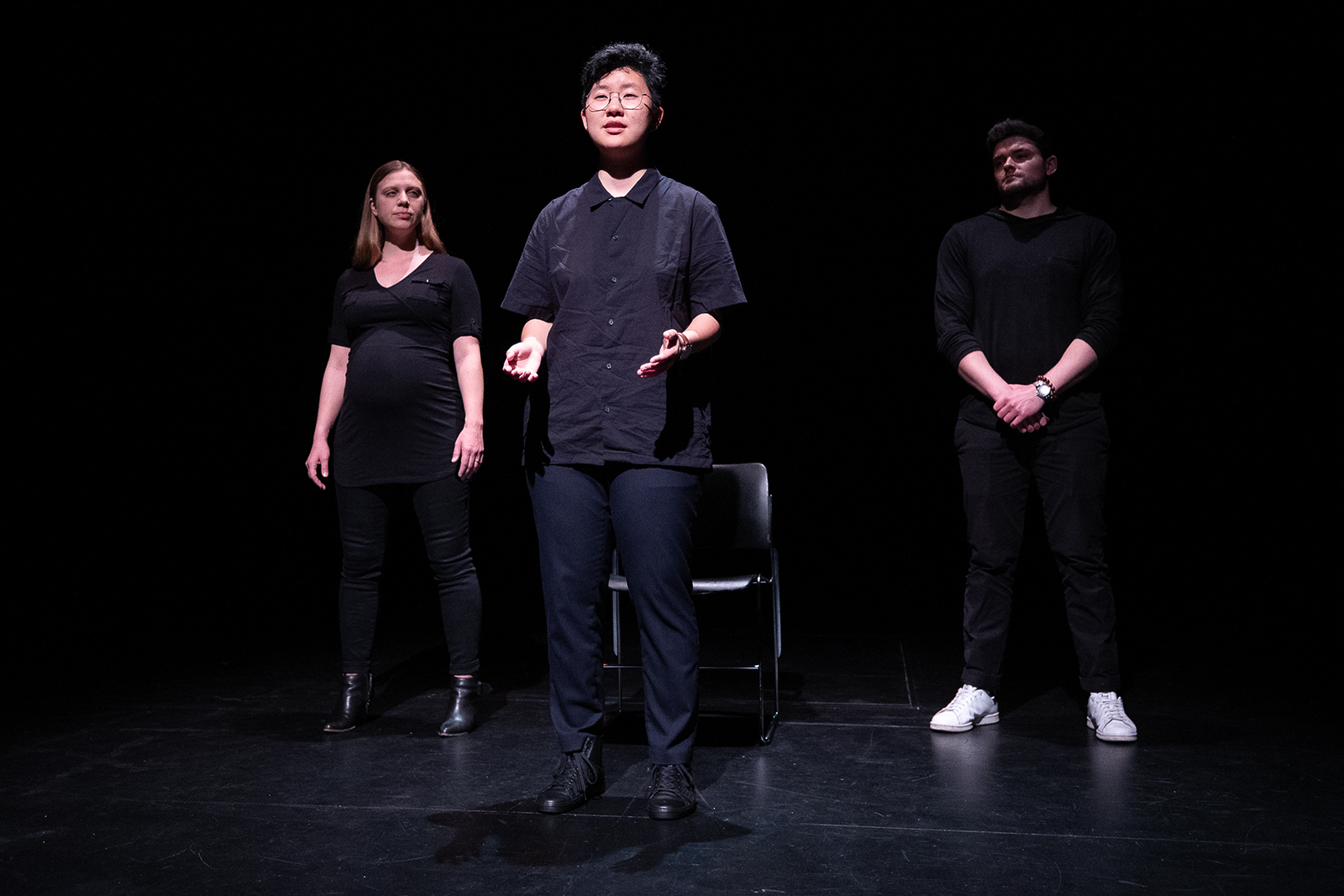 Jennifer Bruno, Julie Lee and Grégoire Faucher are a few of the performers who will be sharing their mental health journeys in “The Manic Monologues.” Creators Zack Burton and Elisa Hofmeister said they hope to facilitate a discussion not often heard. (Courtesy of Frank Chen)

A new take on a 90s off-broadway hit hopes to break the stigma surrounding mental illness.

Modeled after “The Vagina Monologues” – a play created from almost 300 interviews with women discussing female sexuality – “The Manic Monologues” is set to deliver the same true-to-life format to help depict mental illness in a more relatable way. The performance, which debuted on Stanford’s campus in May, 2019, will be coming to UCLA on Sunday, and it is the work of co-creators Zack Burton and Elisa Hofmeister who hope to facilitate a discussion not often heard.

Burton said the two collected stories of people’s personal experiences with mental illnesses from across the United States and Canada, which were then narrowed down to 19 stories.

“We’ve had audiences burst out in laughter as well as mixtures of tears,” Burton said. “We really tried to create a story arc throughout the show that represents the many faces of emotions and experiences that are associated with mental illness.”

Burton, alongside Hofmeister, said this spectrum of emotions that “The Manic Monologues” hopes to portray had begun to make headway in August 2018. They began soliciting stories in the following months and drew many anecdotes from Facebook mental health groups. Burton struggled to narrow these well-conveyed and illustrative stories down, initially working with about 50 before he ultimately narrowed it down to the 19 most relatable tales.

Included in the stories being told, Burton and Hofmeister said another important reason for developing the play was their own shared experiences with mental illness. A few years ago, Burton was diagnosed with bipolar disorder. Hofmeister was in a relationship with Burton at the time and helped him through the process of understanding what having a mental illness means for the future.

The two creators hoped to find reassuring comfort through similar stories found on the internet but were instead greeted with general health statistics and tragic stories, Hofmeister said. Faced with this reality, she hopes “The Manic Monologues” can shift the narrative surrounding mental health through uplifting, inspiring stories.

“It was all just medical statistics or basically horror stories,” Hofmeister said. “After (Burton) recovered, we really started thinking about how we wanted to do something that would put more information, more relatable stories, out into the world so that people in a similar situation as us can have something to turn to.”

Along with depicting mental illnesses with emotions beyond sadness, Hofmeister said they felt it necessary to include a wider spectrum of mental disorders as well. She said “The Manic Monologues” will delve into many different mental health disorders, including bipolar disorder, anxiety, depression, obsessive-compulsive disorder, schizophrenia and post-traumatic stress disorder.

With such a wide range of topics to provide a space for, Burton said there was also a concern regarding how much time each illness will be explored for. Burton said the play should be something that is digestible in length and format so that the audience does not lose interest. After experimenting with different lengths of time, they settled on about one to three minutes per monologue to be performed by an actor seated on a stool.

One of the play’s longer stories, its finale, was submitted by Burton and Hofmeister’s advisor, Stephen Hinshaw, an alumnus who is currently researching child and adolescent mental health. Hinshaw said his father was diagnosed with bipolar disorder, which inspired him to dedicate his life’s work to understanding and spreading awareness of mental health in order to reduce the stigma surrounding it.

In working with Hinshaw, Burton and Hofmeister hope their production will aid in removing the taboos associated with mental illness so people can be open about their experiences without fear of being ostracized. For Hinshaw, he believes that the more exposure mental illness receives, the more the public will come to accept and acknowledge its realities.

“When enough people with lived experiences speak up, it’s an issue that can no longer be ignored and no longer ridiculed,” Hinshaw said. “Letting people talk about their experiences with bipolar disorder or PTSD or autism spectrum disorders humanizes the whole enterprise.”