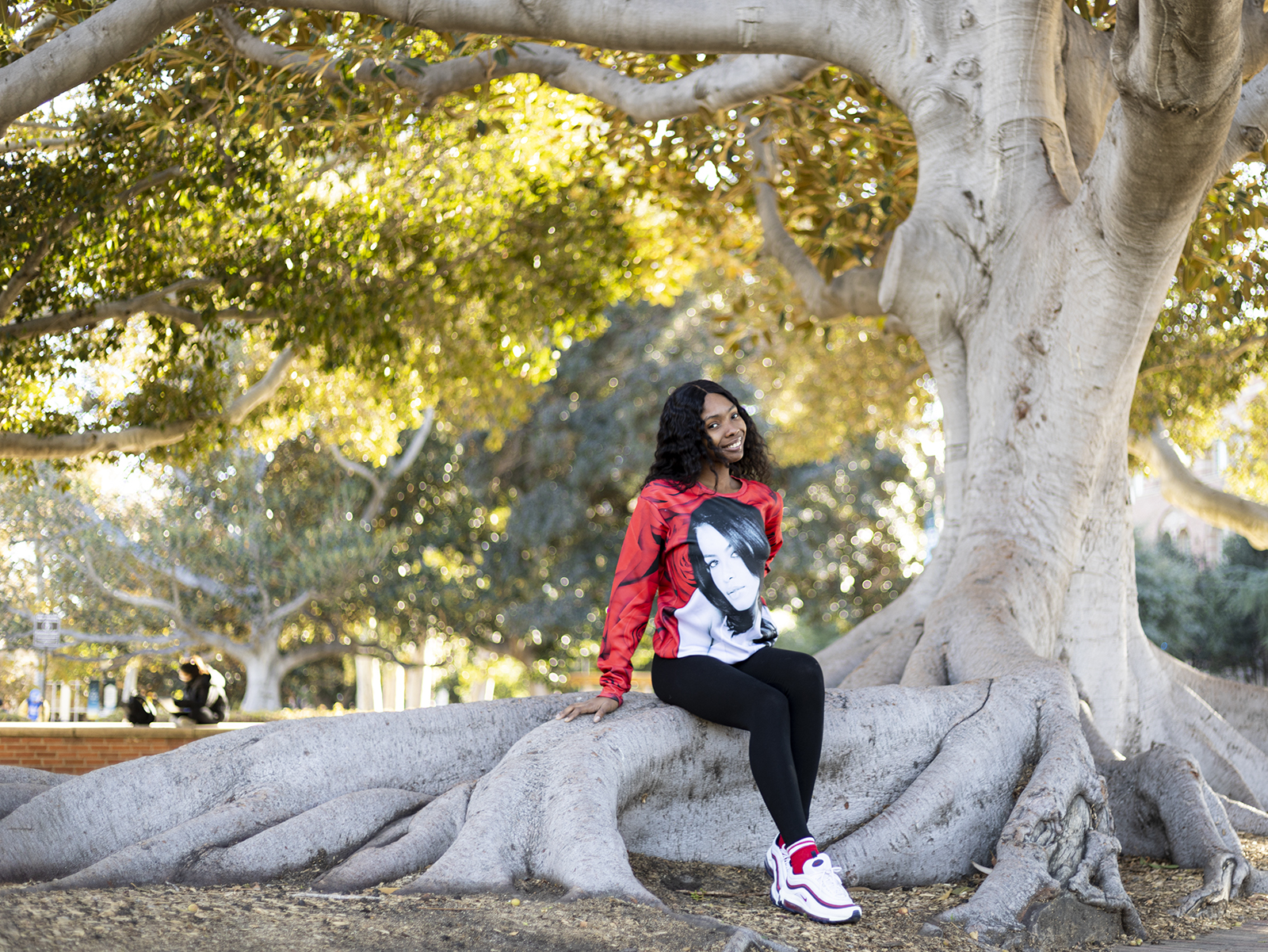 Third-year sociology and African American studies student, Jailah Johnson started her hairstyling business to share her services and make black beauty supplies more accessible. Johnson is scheduled to meet 32 clients within the next month, providing hair products to each appointment, so women don’t have to go out of their way to purchase extra supplies. She aims to cater to individual hair textures and desires. (Justin Jung/Daily Bruin)

Jailah Johnson practiced the art of braiding on herself before sharing her skills with others.

Frustrated by the lack of accessibility for black beauty supplies, the third-year sociology and African American studies student started her business to share her services and make those products more obtainable. She is scheduled to meet 32 clients within the next month, and said she aims to cater to each person’s individual hair texture and style desires. Most hair stylists do not provide hair products, so women often go out of their way to purchase beauty supplies, Johnson said. But for her appointments, Johnson brings the necessary tools, including hair and styling products.

“I’m gonna start bringing the convenience to other people because I personally know how it feels,” she said. “It’s one less thing they have to worry about.”

The self-taught stylist said she began learning how to braid hair during her first year when she couldn’t find a trustworthy stylist on campus. Johnson said she grew up having only her mother and her mother’s friend braid her hair, so when she moved for college, she was unsure of others’ skills and abilities.

“If I mess up my own hair, that’s on me,” she said. “But I’m not going to put that on somebody else, and that’s kind of what motivated me to learn myself.”

Johnson spent most of her first year and the summer before her second year practicing on herself. She didn’t rely on YouTube tutorials for instruction, instead experimenting based on styles seen on Instagram. Johnson practiced until she achieved the specific style she was aiming for, she said. After a year and a half of practice, Johnson said she felt confident enough to open her skills to others and start her business.

One of her clients, third-year political science student Katelyn Segrest, asked Johnson to add color to her braids. Johnson then purchased the shades Segrest wanted and hand-mixed two colors to get the correct hue, Segrest said. Johnson’s practice has paid off as Segrest, who has been getting her hair braided since she was five, appreciates Johnson’s attention to detail and braiding efficiency. Meanwhile, Akberet Hagos, a fourth-year sociology student, said Johnson’s intricate braiding styles remind her of home.

“(Johnson’s braiding) reminds me of my mom’s braiding styles and my mom is a fantastic braider,” Hagos said. “Every time I meet someone that reminds me of her styles I’m very happy.”

[Related: Student takes a cut of the dorm barbering business]

Besides delivering exactly what her client wants, Johnson also prioritizes hair health. Johnson is inclusive of all hair textures and doesn’t require heat styling in order to braid hair, which involves using heat to manipulate hair texture to loosen curls. Applying heat to hair is not necessary if the stylist is knowledgeable enough and actually counteracts the purpose of braids to prevent damage, Johnson said.

“I feel like textured hair is just as manageable as straight hair, you just have to know what you’re doing,” she said.

Braiding itself has historical significance to black culture, as slaves would hide food in their hair when they ran away, Johnson said. Today, she said she finds that black women seek out protective styles for convenience and hair maintenance.

Despite the convenience the hairstyle offers, it requires a lot of time for Johnson to execute one. Hagos said she appreciates the extensive work Johnson does, as it took the stylist six hours to do her hair.

In the future, Johnson said she doesn’t see herself pursuing hair styling, as she is focused on becoming a public health community educator. However, braiding is a hobby that she plans on continuing as long as she’s in the LA area, Johnson said.