UCLA student brings her makeup services to wherever her clients are 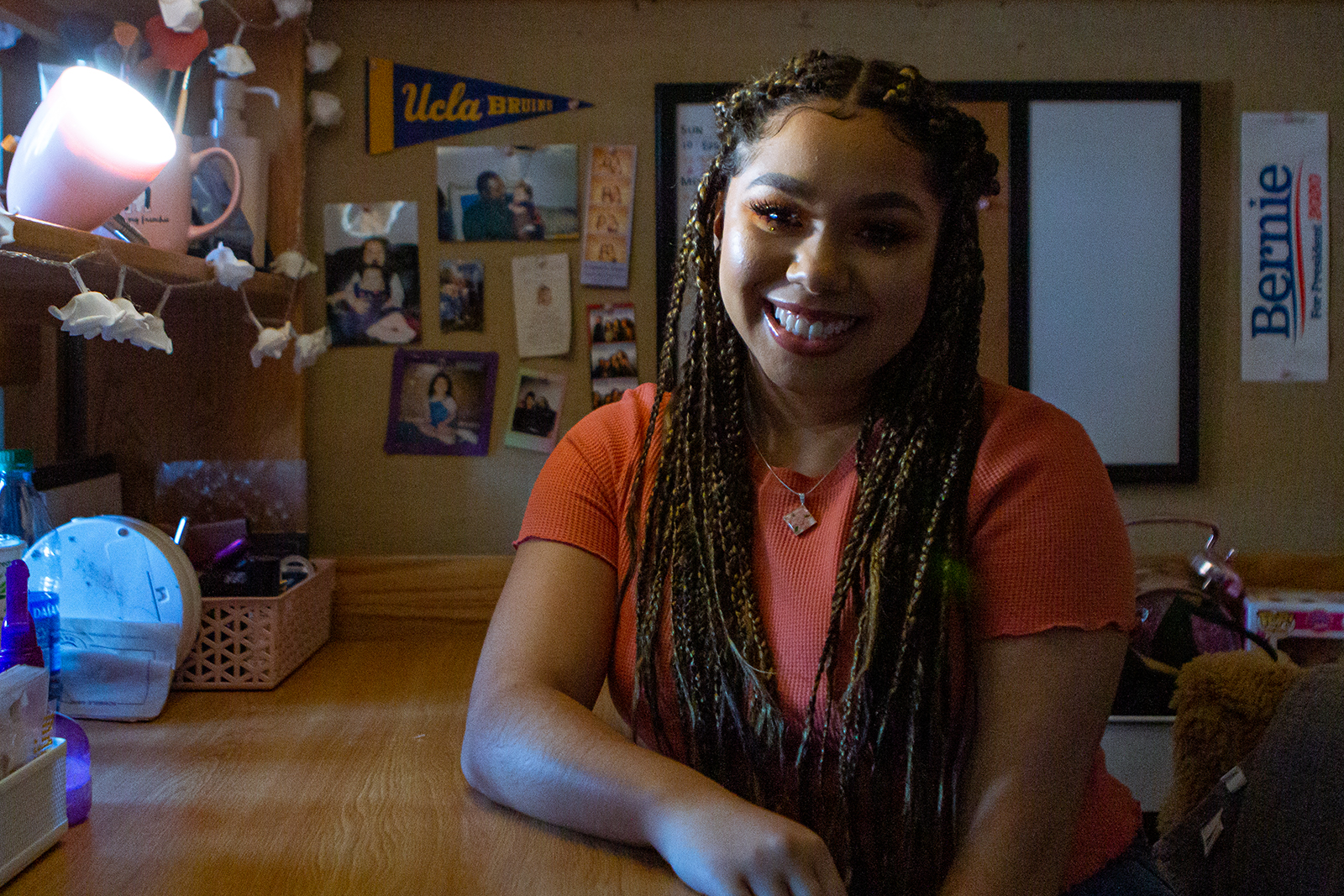 Whether in a home or dormitory, Leilani Fu’Qua takes her makeup service to the clients themselves.

In eighth grade, one of Fu’Qua’s peers mocked her light eyebrow appearance, said the first-year political science and communication student. She then began wearing makeup to prevent others from making her feel insecure about her appearance, she said. Over time, however, she said she shifted from using makeup to hide her appearance – now, it’s a means of enhancing her confidence.

Running her own makeup service since senior year of high school, Fu’Qua said clients request makeup appointments for events such as prom and quinceaneras. Fu’Qua’s practice, however, lacks a physical headquarters. Instead, Fu’Qua usually performs her service on clients in spaces familiar to them, such as their homes or dormitories, she said.

“I feel like I’m providing a service for them so I shouldn’t have to request them to come to me,” Fu’Qua said. “It’s easier for me to take my stuff and go work with them in their space than for me to make them come to me.”

While she started doing makeup for her friends at no charge, Fu’Qua said the cost and time spent on the task came at a price. She soon asked others if they would be willing to pay for her service, and they agreed, and even asked for makeup looks she often wore herself. Fu’Qua is creative with her makeup looks because of her experimentation with color shades, said Victoria Aispuro, Fu’Qua’s friend and client. For St. Patrick’s Day, Aispuro said Fu’Qua coordinated a colorful green eyeshadow look. Fu’Qua also created a blue-and-gold-themed eyeshadow look for when she was accepted into UCLA, Aispuro said.

When doing Aispuro’s prom makeup, Fu’Qua said she performed her service in Aispuro’s house. Aispuro said her prom makeup involved full-coverage foundation and her burgundy eyeshadow – which matched the color of her prom dress – popped with a dash of silver glitter.

“(Fu’Qua) always knew my comfort zone and knew what she would think would look good on me,” Aispuro said.

A popular request from clients is a natural makeup look, Fu’Qua said, for which she uses a light shade of brown eyeshadow. Fu’Qua said she provides looks for clients that make it appear as if they aren’t wearing too much makeup, she said. To achieve a natural look, Fu’Qua said she applies minimal amounts of contour and blush to add a touch of color to the face.

“There are probably 25 different natural looks that people could choose from,” Fu’Qua said. “If they send me (a picture), I can try to replicate it or add a little flavor to it that will fit their face shape, their eye shape and everything that’s more their personality.”

For UCLA students, Fu’Qua said she performs makeup services for events ranging from scholarship brunches to a night out. Fu’Qua said she needs to navigate what times work best for clients and herself to schedule an appointment. Beauty services available close to where students live are useful because of students’ busy schedules, said first-year sociology student Amarachi Ogan. Fu’Qua did a full-face look in Ogan’s dorm room for her, which Ogan said was comfortable and intimate. The look, made for a night out was bold and dramatic, Ogan said, which included a mixed red and pink eyeshadow combination and defined eyebrow shape.

For clients who don’t have too much experience with makeup, Fu’Qua said she suggests makeup styles she believes will enhance their features. She sometimes suggests looks that would complement an outfit, she said. For Ogan’s night-out makeup look, for example, Fu’Qua said she used an eyeshadow that brought out her green eye color.

“When you have such a bold-colored eye, it’s good to go with something that’s going to make that really stand out,” Fu’Qua said. “If you’re wearing a basic outfit, it’s better to bring something more crazy to your eye rather than being neutral all the way.”

Fu’Qua usually brings eyeshadow and brushes to her clients’ appointments, she said, but requests clients provide their own foundation because everyone’s personal skin tone is different and to cut down on expensive costs. While figuring out what makeup look is best for each client, Fu’Qua said trying out makeup involves a trial-and-error process in which perfect results can’t always be obtained. Taking time to apply makeup in the morning allows individuals to get to know their skin and what works best for them, she said.

“If you can look in the mirror and say, ‘You are beautiful, you are confident and you are amazing’ without having anyone else having to tell you that, it just makes you so much more solidified and centered in yourself,” Fu’Qua said.