The Quad: Looking into the royal family’s roles, public impact it has 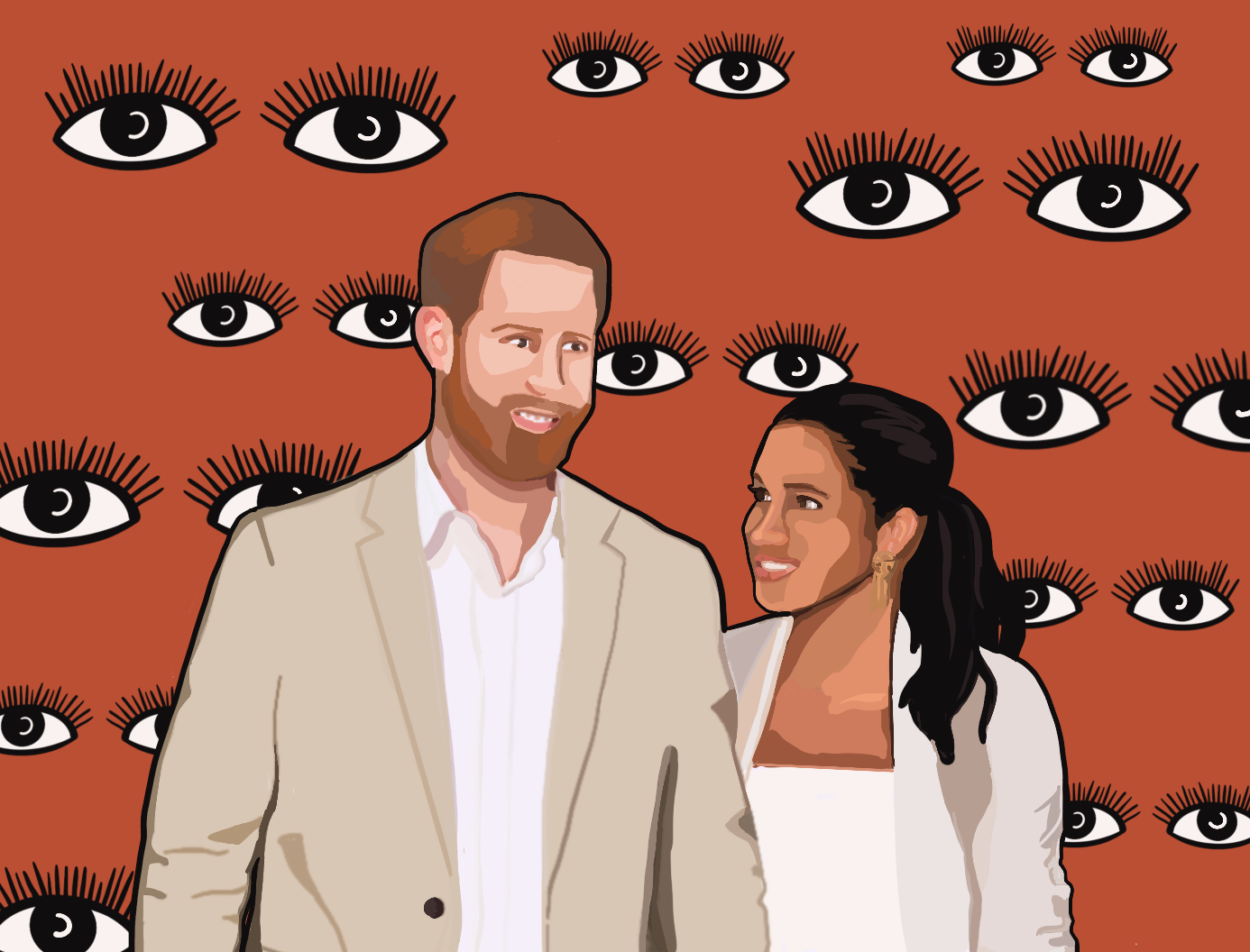 Prince Harry and Meghan, the Duchess of Sussex’s recent decision to “step back as ‘senior’ members of the Royal Family,” and give up their royal titles prompted much speculation about royal affairs and the state of the monarchy.

Since the announcement, every tabloid has contrived a juicy story to explain the Duke and Duchess of Sussex’s decision, as well as their possible motives. Many believe negative media attention and rocky family relationships are to blame.

What these articles fail to explain, however, is why people are so captivated by a relatively distant family, and what the couple’s decision might mean for the United Kingdom and the rest of the world.

The origins of the reigning royal family date back to 871, when Alfred the Great, who would be Queen Elizabeth II’s 32nd great-grandfather, ruled a kingdom within England called Wessex. Since then, Alfred the Great’s descendants have continued to rule England in various capacities, shaping the political and social landscape of Great Britain and its colonies for over a thousand years.

The Glorious Revolution of 1688 curtailed a king’s absolute power by establishing a Bill of Rights to restrict monarchical powers. This Bill of Rights gave Parliament more power while reducing the position of the monarch to an increasingly symbolic role.

Although their role in legislative governing is limited, the royal family still has a significant impact on national consciousness.

UCLA political science and law professor Joshua Foa Dienstag suggests that a neutral sovereign may facilitate unity in a way that the prime minister cannot.

“It is an interesting system in that it separates symbolic leadership from practical leadership,” Dienstag said. “The prime minister does not have to represent the whole country, whereas in the United States, we’re confused about whether the president represents the whole country or just those that elected him.”

The monarchy may also give the nation moral guidance by providing an example of acceptable public and private behavior. Many believe the royal family should be a model of an ideal family, and contribute to the development of national standards of behavior.

The royal family not only can illustrate ideal behavior, but can also portray a desirable lifestyle. Psychologists believe many people pay attention to the lives of royals and celebrities because they want what they have – namely wealth and fame. Our human desire for social interaction causes us to pay attention to and attempt to emulate those we admire.

“I think people are so interested in the royal family because it is a life we can only imagine – people idolize them,” Fiberesima said. “They provide an idealistic, traditional, glamorized version of life; it’s like watching reality TV. Even though times change, they never will, and it’s nice to look to them for a sense of stability, tradition and a little bit of drama.

So what is the real impact of Harry and Meghan’s departure on English government and society at large?

The Duke and Duchess of Sussex stated they are striving to become financially independent. This means their withdrawal will alter how tax dollars are distributed among the royal family.

In a Jan. 18 statement, the couple also agreed to repay the 3.1 million taxpayer dollars that they used to renovate their home in England.

Without government financing, it is unclear how Harry and Meghan plan to support their lifestyle. Some have suggested Meghan may want to return the entertainment industry in one form or another, perhaps in acting or producing.

Harry and Meghan have not yet specified where in North America they plan to split their time. Many speculate the couple will either move to Los Angeles or somewhere in Canada.

As a native Angeleno, many believe that Meghan may want to return home to be near her mother and potential career opportunities. Canada, however, is apart of the Commonwealth, a political association of 53 states still loosely tied to England. This connection may make Canada a more fitting second home for the family.

Aside from finances, the couple’s decision to split their time between England and North America will not likely affect the government in England. As Harry is sixth in line for the throne and thus unlikely to ever become king, he has more freedom to choose his own career and living situation.

However, their departure may impact the public perception of the royal family.

“Nobody likes it when the family that is the symbolic head of state is fussing with each other,” Dienstag said.

The public similarly disapproved of family squabbling when King Edward VIII abdicated the throne to marry Wallis Simpson – an American woman with two divorces – in 1936, as well as when Prince Charles and Princess Diana divorced in 1996.

Edward VIII’s abdication resulted in his functional exile from England, as he needed permission from his brother in order to reenter his former dominion. Reports from those who knew the former king describe him as bored and unfulfilled, as working in the private sector was seen as a conflict of interest.

Although Charles did not have to abdicate to marry the women he desired, his affair with Camilla Shand, now the Duchess of Cornwall and subsequent divorce from Diana certainly influenced how he is perceived today.

A poll from November 2018 reported that Charles maintains a 48% positive opinion rating, compared to Prince William’s 73% rating and Harry’s 77% rating.

While these events mirror Harry and Meghan’s decision in some ways, different times and different laws mean the situation will likely result in new roles for formerly sidelined members of the royal family.

Public response to their announcement has been mixed. Some, like Piers Morgan, accuse Meghan and Harry of abandoning the monarchy. Others, including Fiberesima, understand the couple’s desire to leave the spotlight.

“I don’t blame Meghan, who is constantly crucified by the press, for wanting to remove herself from that situation and lead her own life,” Fiberesima said. “I honestly don’t see why everyone is making such a fuss about it.”

Regardless of its future impact, the amount of interest in events that are largely irrelevant to our daily lives reminds us of the enduring influence of the royal family. Even here at UCLA, around 5,442 miles away from Buckingham Palace, this family shapes our news, discussions and interests, and we all want to know the full story.