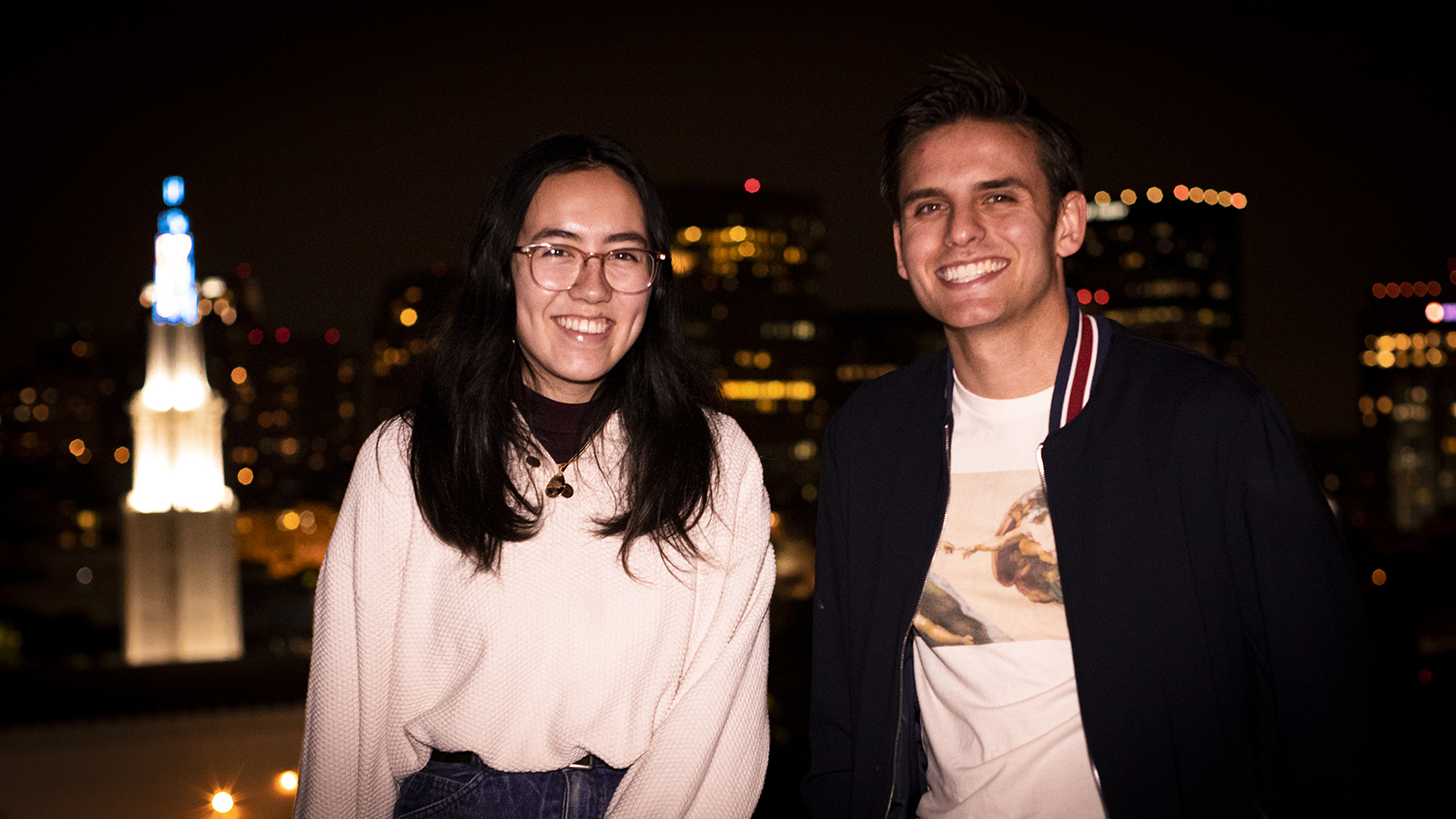 Directed by Kaitlyn DeShon and written by Dean Tsalickis, members of Delta Kappa Alpha, “Love Hurts” is being filmed this month in a Westwood apartment. The professional cinematic fraternity plans on submitting the five-minute short to the Campus Movie Fest. (Tanmay Shankar/Assistant Photo editor)

The title of UCLA Delta Kappa Alpha’s short film is taken to heart through a bewitching spell.

Filmed in a Westwood apartment in January, “Love Hurts” follows roommates Will and Ben as they enchant a fraternity brother, Josh, using an ancient spell book, Dean Tsalickis, writer and fourth-year sociology student, said. The professional cinematic fraternity plans to submit the five-minute short film to compete in the Campus Movie Fest. Tsalickis said their film’s hook lies in the emotional bond between Will and Josh, who shared an unofficial relationship that left them both unfulfilled.

“On the surface, it’s about an unrequited love and just wanting someone so bad that you would go to certain lengths to get what you want,” Tsalickis said. “But eventually, it’s not what comes out of it.”

The film covers how masculinity can conflict with other personal characteristics, producer and second-year communication student Jules Setta said. People believe they need to portray a certain image, she said, in order for others to accept them. Setta believes the theme of the film relates to the struggles students face when trying to figure out who they are, such as transitioning between different identities.

“I know that that can be (a) really frustrating and scary process for all of us, so I think (the film is) something that really resonates with a lot of people,” Setta said.

Beyond the question of identity, Tsalickis said the film also questions power, choice and responsibility. Will struggled with wanting someone to be something they’re not, he said, and the love spell became a way to both elevate the tension and convey the need to respect others’ space and emotions.

The plot alludes to the difficulties of queer dating caused by contrasting levels of ease with individuals’ sexuality in the community, Tsalickis said. Will and Josh come to represent some of the different possibilities, he said. While Will is comfortable and embraces his sexuality, Tsalickis said Josh tries to maintain a reputation as a heterosexual fraternity member.

This goal was aided by a DKA committee that worked to make the film inclusive and representative with regard to race and sexuality. Gay characters in comedies are usually the sidekicks, but Tsalickis said he wanted the film to feature gay individuals with their own wants and desires. The committee discussed potential stereotypes to avoid and put up a casting call looking for queer actors interested in the film, said Kaitlyn DeShon, director and fourth-year English student.

And when it came to the film’s title, DeShon said the name encapsulates the project’s curt tone. DeShon said “Love Hurts,” at its core, is a film built on betrayal and people taking advantage of one another despite the pain they all eventually end up experiencing. Tsalickis said the film aims to demonstrate differing interpretations of love – ranging from perceived love to lust – and the belief that the emotion can be damaging.

“There’s different things about love that are very specific to different people,” Tsalickis said. “When they are not met, even halfway, it can be very dramatic.”