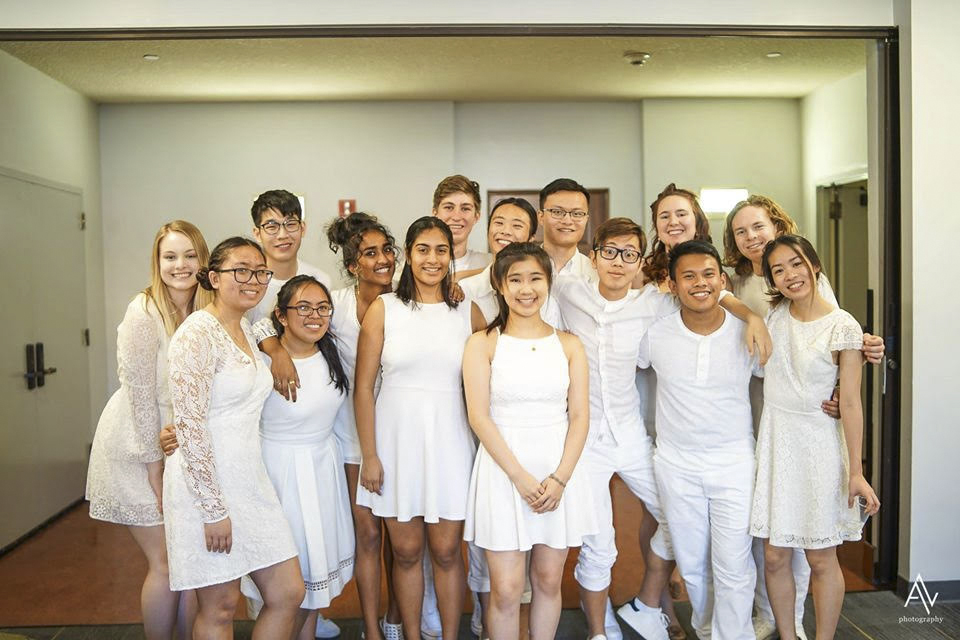 The Fowler Museum is showcasing music as AweChords will perform as a part of the exhibit, “Through Positive Eyes.” Running through Feb. 16, the program features various art installations created by activists who are living with AIDS. AweChords’ performance can be seen Sunday. (Courtesy of Andrew Nguyen)

The Fowler Museum aims to share human stories by highlighting the HIV-positive community – now, it will be showcasing music as well.

The a cappella group AweChords will perform as part of the “Through Positive Eyes” exhibit. Running through Feb. 16, the exhibit highlights art pieces ranging from photography to videos to installations created by activists living with AIDS. The exhibit spans multiple rooms, with the “Vanishing Stigma” room being the last space in the exhibit. Amy Landau, the director of education and interpretation at the Fowler, said every Wednesday and Sunday afternoon “artivists” – activists and artists – give live performances. Most of the artivists are HIV-positive individuals, but Landau said she invited AweChords to perform Sunday because it is able to broaden the story for a UCLA audience.

AweChords’ set list will consist of Katy Perry’s “Teenage Dream” and Amy Winehouse’s “Valerie.” Third-year political science student Kevin Jang, AweChords’ social outreach coordinator, said the group chose both songs from its existing repertoire not for their thematic relations to the exhibit, but as a way to honor what each artist has done for the LGBTQ+ community. In 2017, Katy Perry was gifted the Human Rights Campaign’s National Equality Award for her LGBTQ+ activism, and Amy Winehouse donated her song “Back to Black” to the Born HIV Free campaign in 2010. He said AweChords wanted to perform upbeat, hopeful songs that would engage the audience and show a broad range of human emotion.

While none of the songs in its repertoire are specifically about LGBTQ+ themes, third-year environmental science student Kristen Soares, the AweChords president, said the group has a number of LGBTQ+ members. Performing at an exhibit centered around LGBTQ+ history in relation to the HIV-positive community intrigued them. The museum setting will also be a new challenge for them, she said, as they typically perform at more low-key venues. Performing in a space dedicated to art will help them ground themselves in the more artistic side of music, she said.

The Fowler providing a space to combine activism with art also drew them to the exhibit, she said. Oftentimes people view art and social activism as separate entities, but Soares said “Through Positive Eyes” merges the two and provides a location for viewers to invest time and thought into a subject that might not impact them personally, such as HIV.

“I think our generation as a whole is different from generations before in the sense that people care genuinely about issues that don’t affect them,” Soares said. “These spaces can be a place for beautiful art, and it doesn’t have to be, ‘This is social justice.’”

UCLA has many communities fighting for social justice, Soares said, which have influenced the smaller sphere of a cappella groups. AweChords, as well as other groups like YOUTHphonics, which is community-service oriented, blend music with the UCLA community. By performing at a progressively oriented exhibit, she said the group aims to further the positive message the Fowler is putting forth: that individuals living with HIV are empowered to share their own stories.

The space presents an opportunity for college students, as well as other viewers, to learn about other people’s experiences and broaden their own understandings of communities they might not be familiar with, Landau said. By incorporating AweChords into this narrative, Landau said the group is inspiring people to listen to others’ art while considering the stories that the exhibit highlights.

“Listening to other people’s stories and other people’s struggles makes us more empathetic beings, and that translates into what is needed now,” Landau said. “It’s a very tense time. This provides the ability to sit and to listen and to be edified by another person’s story.”