Podcast ‘Elderllama’ breaks down the universe with casual conversation 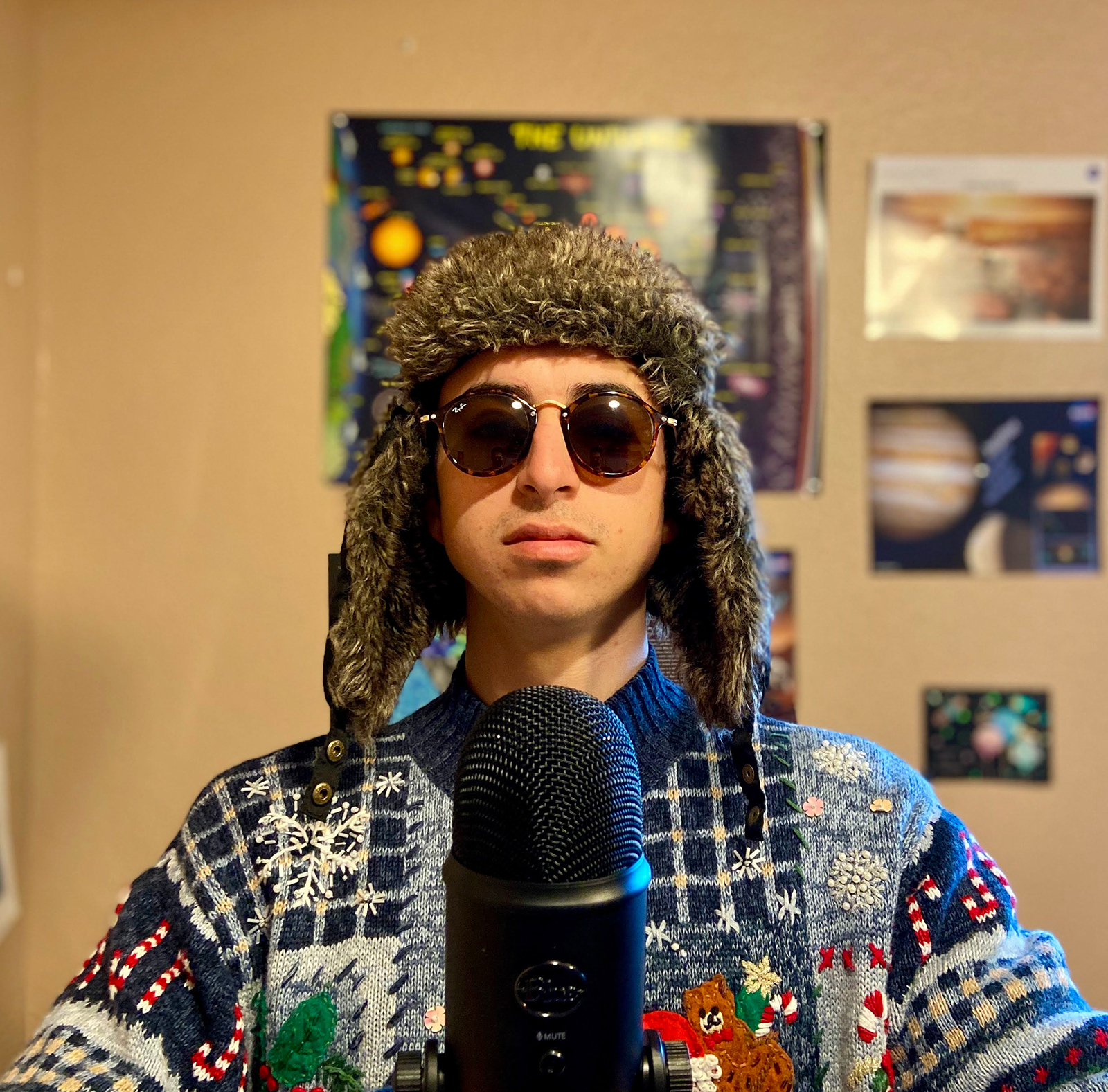 Erick Amezcua’s podcast “Elderllama” covers everything from science to philosophy. He makes complex scientific topics conversational with the guests on his showing order to try to make learning fun. (Courtesy of Erick Amezcua)

Science, philosophy and the intricacies of the universe are casual conversation topics in the podcast “Elderllama.”

The show was created by second-year cognitive science student Erick Amezcua, who started uploading episodes in late 2019. He said his passion for discussing these often complex topics first took form in a blog he ran under the same name. But after writing multiple entries, he said he discovered speaking his thoughts on a podcast might make them more accessible to his audience. The many avenues conversation can veer down inspired him to begin formally recording and publishing a series of episodes about science and philosophy.

“There’s been so many times where I’ve had an awesome conversation, whether it was with a friend or a family member,” Amezcua said. “Afterwards, I was like, ‘Wow, we talked for an hour and a half. I wish we could just have that same conversation, but have a microphone in front of us.’”

Running the podcast on his own, he said he prioritizes finding someone who is comfortable speaking with him in front of a microphone for one to two hours. He said the bulk of his podcast’s content is not preplanned. When recording with guests, Amezcua said he usually jots down a few notes, but mainly lets the conversation flow freely between topics to allow for spontaneity and genuine conversation.

[Related: Podcast decodes ethics in artificial intelligence and its relevance to public]

One instance of this light preparation was when Amezcua recorded an episode with his brother Aaron Amezcua. Going into this installation, Erick Amezcua presented a question as a jumping-off point for the conversation: “seeing is to light as consciousness is to what?”

Aaron Amezcua said the seemingly simple question snowballed into an hour-long contemplation as the brothers scrambled for a satisfying answer.

“From there, that’s really when all of the podcast unraveled,” Aaron Amezcua said. “It was that one question that we opened up with and I think that was definitely the best moment of that podcast.”

But deciding to make a podcast required more than just recording a conversation between people, Erick Amezcua said. As more and more podcasts start popping up, it can be difficult to find relevance among the masses. Isaac Diaz, a fourth-year chemistry and material science student, said “Elderllama” stands out because of the variety of topics it covers, such as astrophysics and spirituality. Diaz said he enjoys that “Elderllama” focuses on tackling large questions that are often a mystery to society. One of these instances was when Erick Amezcua took on the task of defining what consciousness is.

But the topics of conversation are not always purely philosophical. Diaz said Erick Amezcua’s background knowledge of astrophysics balances existential concepts with science. And as Erick Amezcua continues to record episodes, Diaz said he will continue working toward effectively blending different schools of thought.

“What (Erick Amezcua) talks about, he just encompasses a lot of spirituality with science. … It’s something that isn’t really talked about nowadays.”

Through conversation and banter, Erick Amezcua said he attempts to create a podcast that would stand out by making learning fun for people. He said he takes inspiration from outlets such as “In a Nutshell” on YouTube, a channel that pairs scientific concepts with playful animations. By making learning enjoyable, as opposed to the serious view often presented in typical school environments, Erick Amezcua said his podcast can help bridge the gap between scientists’ research and the general public. Where many other podcasts can be elevated, he makes discussing complex topics conversational.

“I’ve realized that at least our education system right now kind of dampens the creativity of people,” Erick Amezcua said. “Instead of encouraging people to take and explore a wide range of topics … it’s like, choose your major. Learning should be this beautiful, fun thing that is all encompassing. But as of right now, it’s a it’s a stressful thing that we associate with tests.”