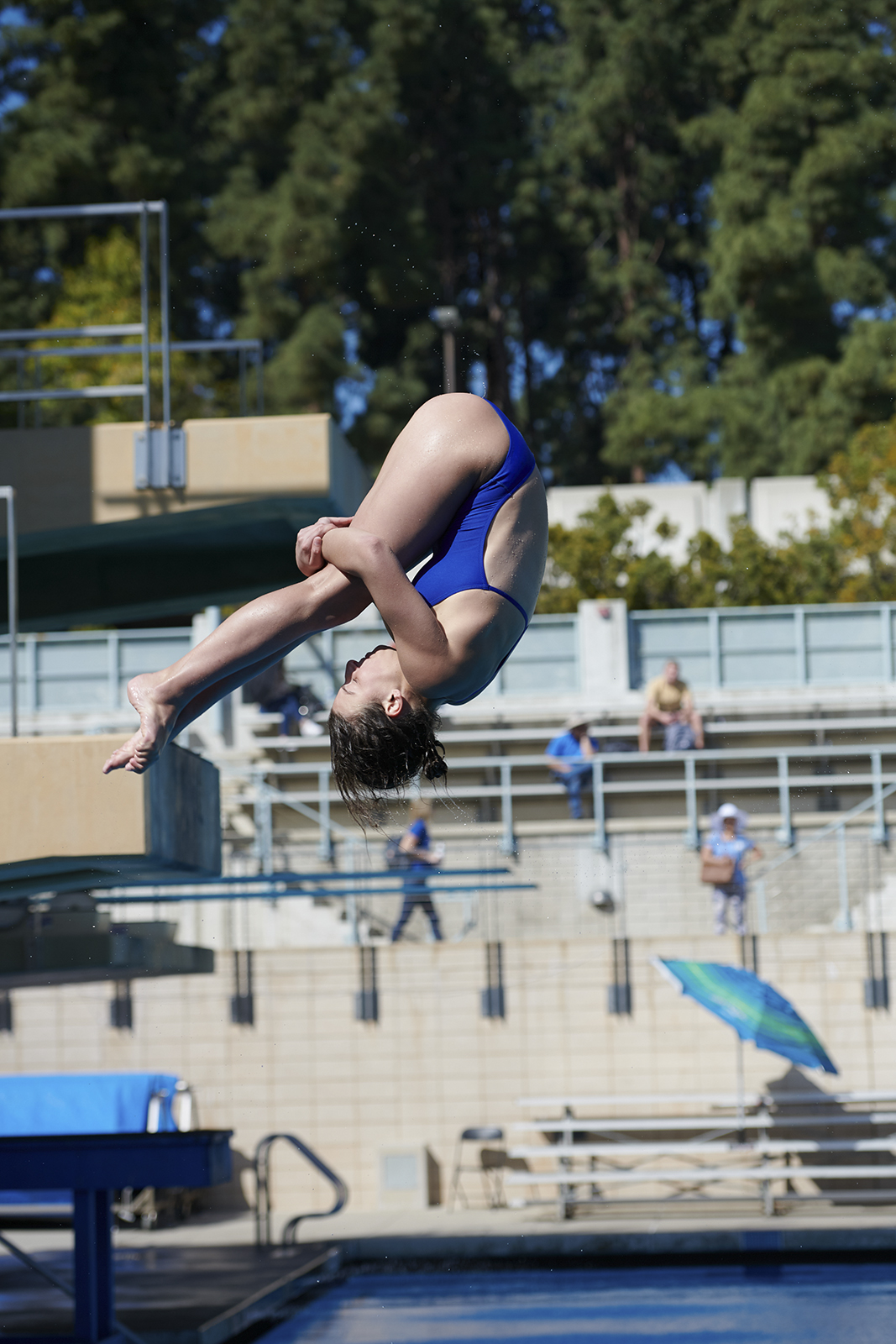 One diver represented the Bruins this weekend.

Freshman Hannah Butler of No. 25 UCLA swim and dive (5-0, 3-0 Pac-12) traveled to Minneapolis on Sunday to compete in the 2019 USA Diving Winter National Championships. Butler participated in the 1-meter springboard competition, after having qualified for the event with a score from earlier this season.

Butler’s score of 189.15 in the preliminary put her in 19th place out of 20 participants, ending her championship weekend short of the finals.

Coach Tom Stebbins said despite the score, the experience of participating in a national competition was invaluable for Butler and for him, as they got to see athletes from some of the top schools in the nation that the Bruins will face later this season.

“We decided to bring (Butler) because this was her first real opportunity to compete at the senior level. I thought it was important for her to get a look at what she might see as we wind down our own season,” Stebbins said. “Stanford was here, Arizona was here, so we got to see … them dive and compete, and it just gave her a better sense of what to expect as the year grinds on.”

In her most recent appearance with UCLA in the Ohio State Invitational, Butler had competed in both the 1-meter and 3-meter springboard contests. Butler placed 15th in both events, scoring a 250.50 in the 3-meter competition on day one and followed it up with a 223.35 in the 1-meter on day two.

After Sunday’s competition, Stebbins said he thought Butler has been improving as she continues to compete at the senior level, especially considering the timing of this year’s championship.

“I thought (Butler) did much, much better than I thought she did even in Ohio,” Stebbins said. “This is a hard time, it’s hard to come out of finals and to turn your brain straight to competition and having to compete at the highest level … and I saw things that make me continue to believe that (Butler’s) going to be a great athlete here.”

Stebbins said despite the outcome of the meet, he thought Butler would benefit in the long run from the experience of getting to compete alongside other divers who would push her to compete at a higher level.

“Because (Butler) doesn’t have a lot of experience at this level, giving her that opportunity to put her in the mix with some kids who are probably right now just a little bit better than her will be helpful,” Stebbins said.

The next team competition for UCLA will come Jan. 3, as the Bruins ring in the new year by traveling to UC San Diego for a dual meet.