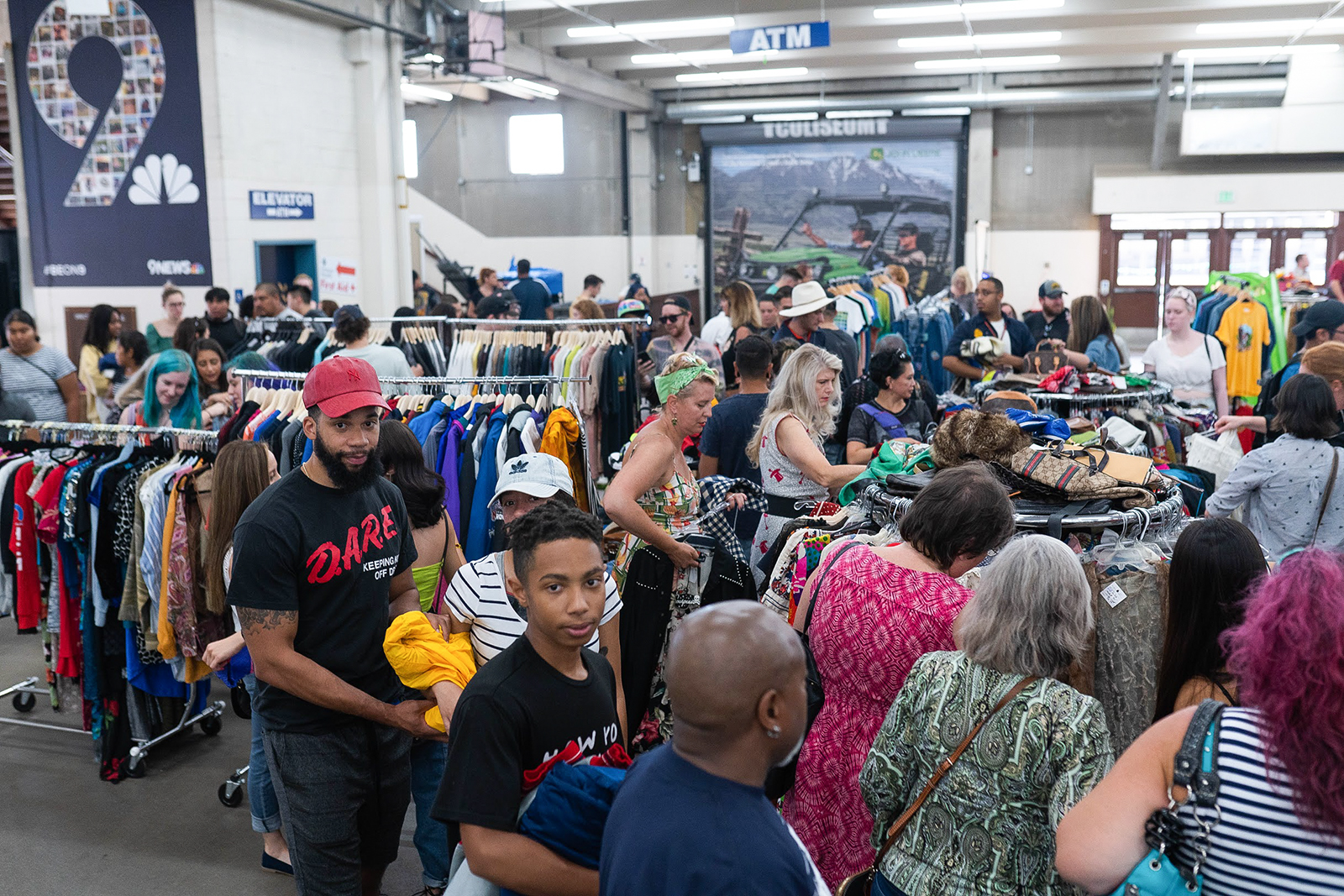 Mario Conte, co-founder of ThriftCon, said the event will bring over a hundred vendors to sell their used items in a glorified flea market. Alden Kramer, a second-year economics student and owner of the fashion line CAMPBELL&KRAMER, said she found thrifting to be a popular pastime among UCLA students. (Courtesy of Blake Jackson)

The Los Angeles fashion scene is about to take a trip back in time.

On Sunday, the vintage clothing event ThriftCon will bring over a hundred vendors to the city to sell used items from decades ago. Mario Conte, co-founder of ThriftCon, said prospective shoppers can find anything from ’80s denim jackets to sneakers from the ’90s. The event is a glorified, nostalgic flea market, Conte said – where hopefully seeing these vintage collectibles will transport people back to a different era.

“I saw a hole in the vintage world,” Conte said. “And I wanted to bring all different types of vintage items together to create one cohesive event.”

Conte and his business partners hosted a ThriftCon event in Denver back in August. Before this, Conte said they ran their own vintage clothing store where they gained both exposure to the industry and business connections. Being immersed in the thrifting community and having connections to a vast group of online thrift shoppers gave them the networking resources to host this event in LA, he said.

The sheer amount of vintage fandom was reason enough for them to establish roots here, said Conte’s business partner, David Bywater. This move was especially important because the thrift scene in LA has exploded in popularity, particularly among young people because of the nostalgia it evokes, he said.

Alden Kramer, a second-year economics student, co-founded her own fashion line titled CAMPBELL&KRAMER. She said she’s found thrifting to be popular among UCLA students because it allows people to customize their outfits and add individuality to the pieces.

“There’s creative potential with thrifting,” Kramer said. “Even though you aren’t making your own clothes, you’re identifying what pieces you think have potential and curating your own outfits based on them.”

Conte said he feels that thrifting has resonated with the younger demographic because it allows people to express themselves in newfound ways, while also connecting with the past.

“It’s a throwback everywhere you look,” Conte said. “Young people can discover older artists, musicians and pop culture through the clothing that they may have otherwise never been exposed to. It allows us to feel connected to a time period that maybe we didn’t even live during, yet we feel a connection to because of the clothes.”

Conte said thrifting appeals to people’s sense of nostalgia but is also increasing in popularity because of its sustainability and affordability. The fashion industry is one of the most wasteful, he said. Being able to recycle clothing is environmentally conscious, and also more cost effective, Kramer said. And because people are being more accountable for where they buy their clothing, this is also contributing to thrifting’s rise in popularity, she said.

Because LA is a thrifting hub, Conte said he wants ThriftCon to be a launchpad to expand their business throughout the country. If they can increase name recognition, he said he feels this feat will be possible, and they’ll be able to appeal to customers in multiple cities.

“The vintage trend has blown up because of how lucrative it is,” Bywater said. “Thrifting is like a modern-day scratch-off card. You could walk into a store and potentially leave with a t-shirt that has a $300 value.”

The authenticity of thrifting is also what sets it apart from name brand clothing, Conte said. Thrifters can buy one-of-a-kind pieces that simply can’t be found at large department stores.

“The cool thing about thrifting is that every old t-shirt feels like it has a story,” he said. “There’s a uniqueness in that specific article of clothing because no one can replicate it. It belongs to you, and it becomes a part of your identity.” 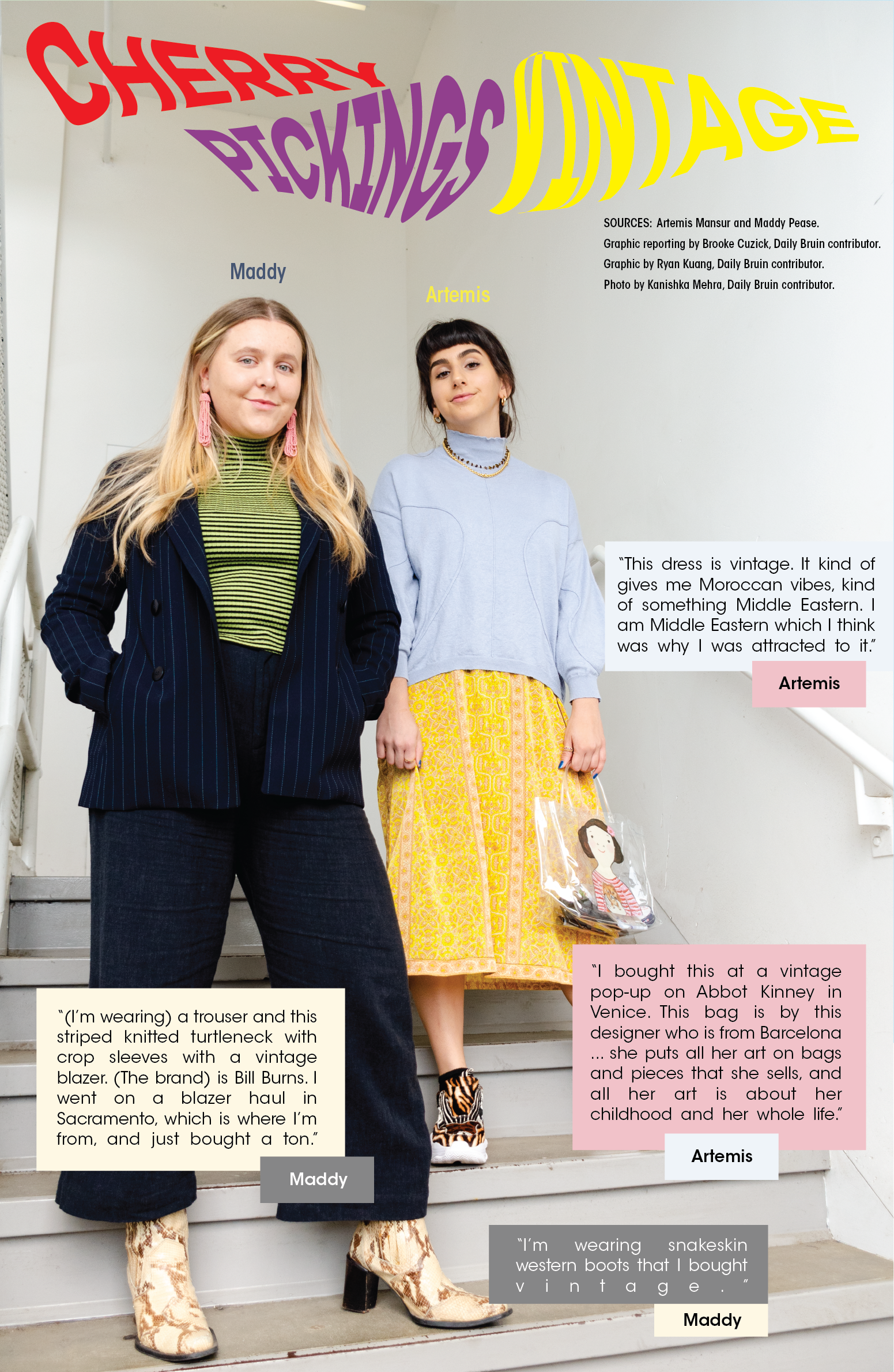 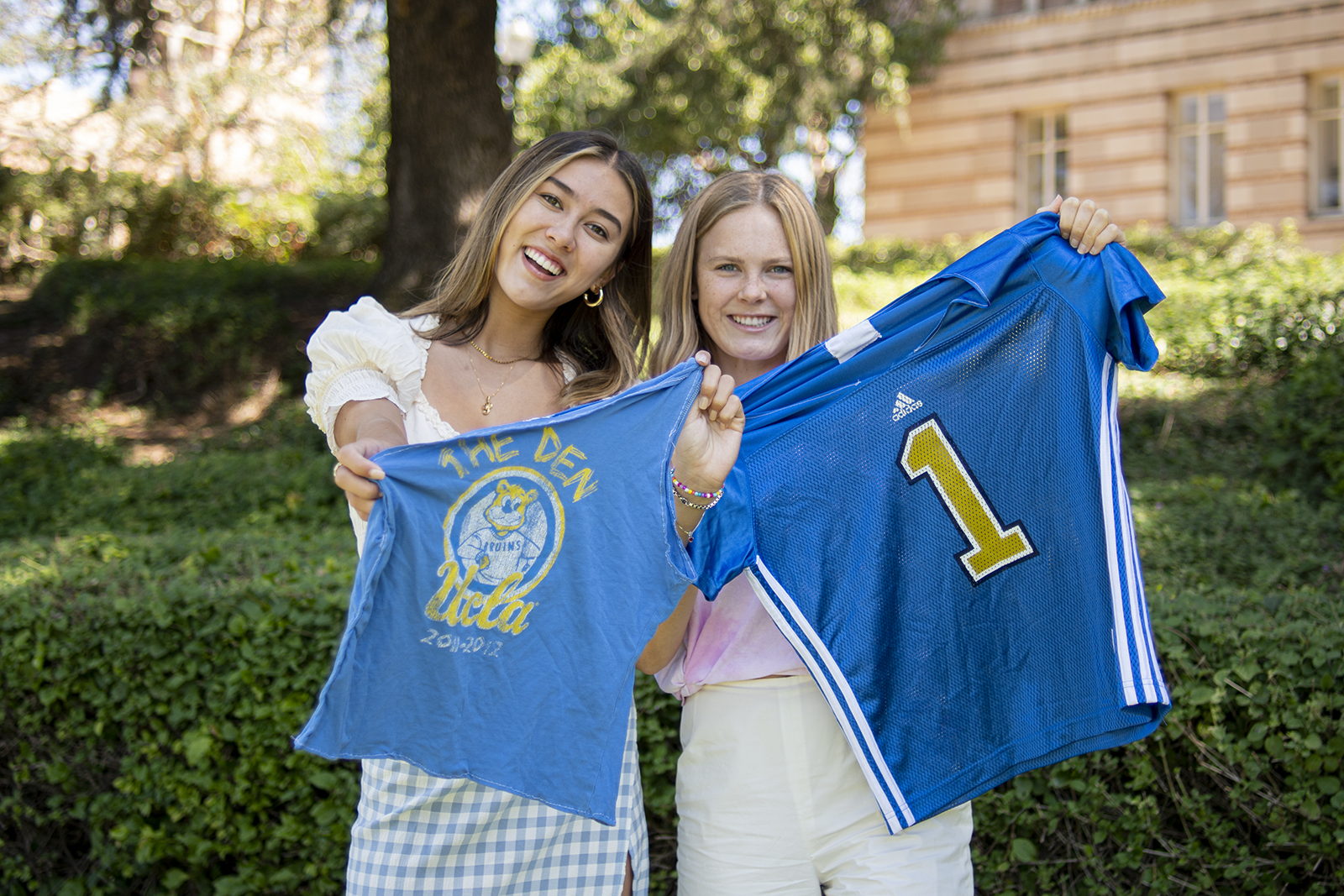 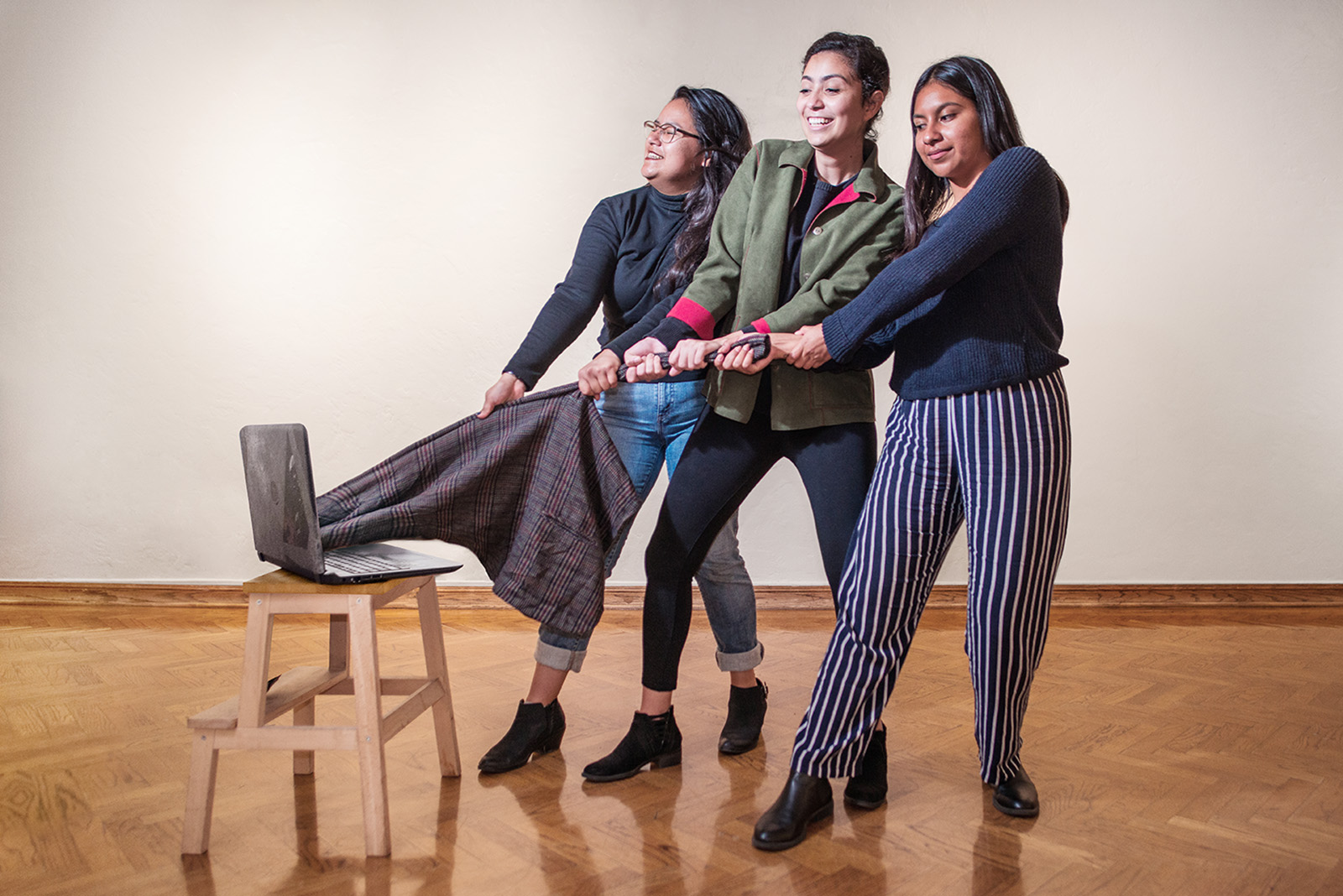 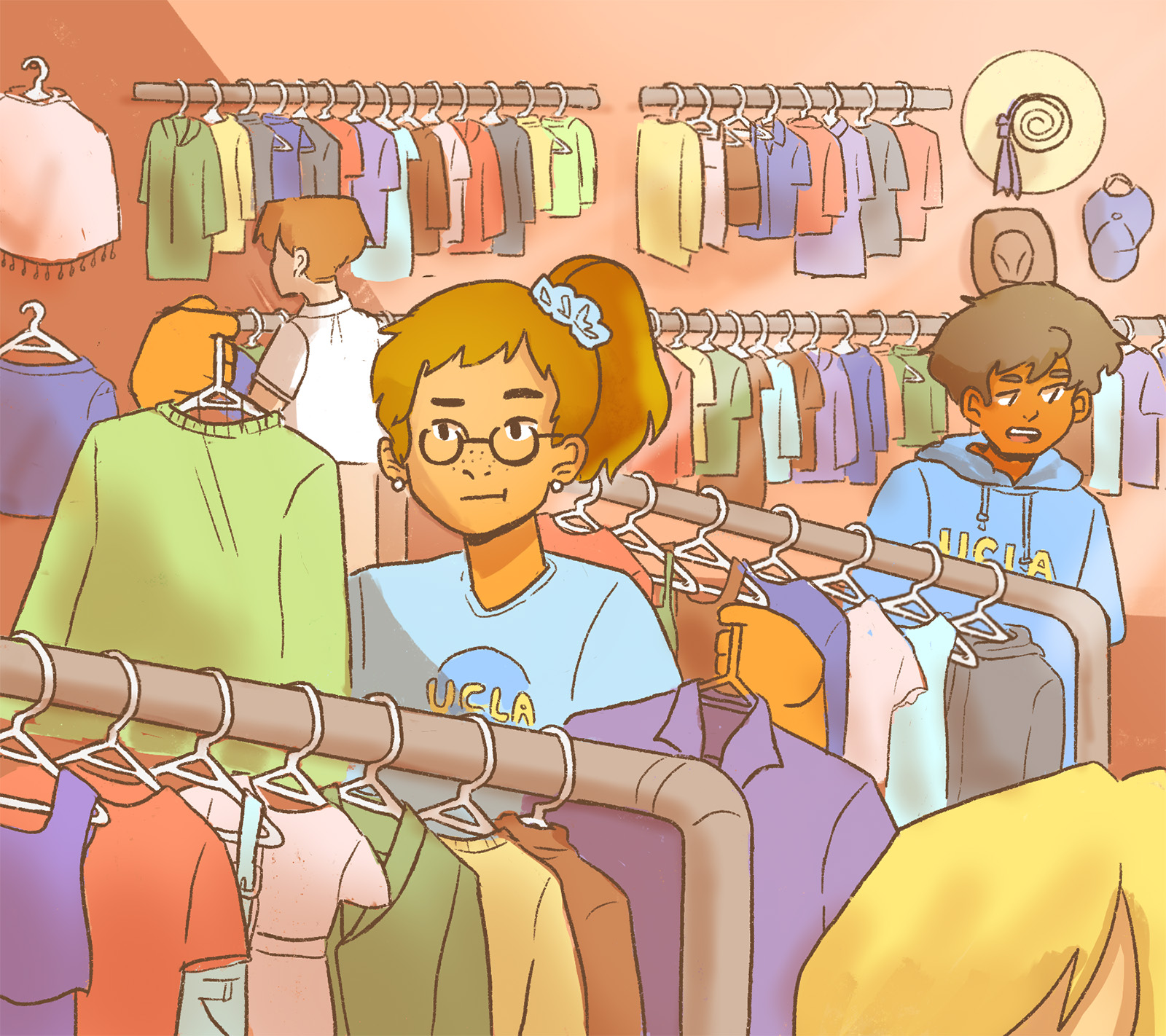