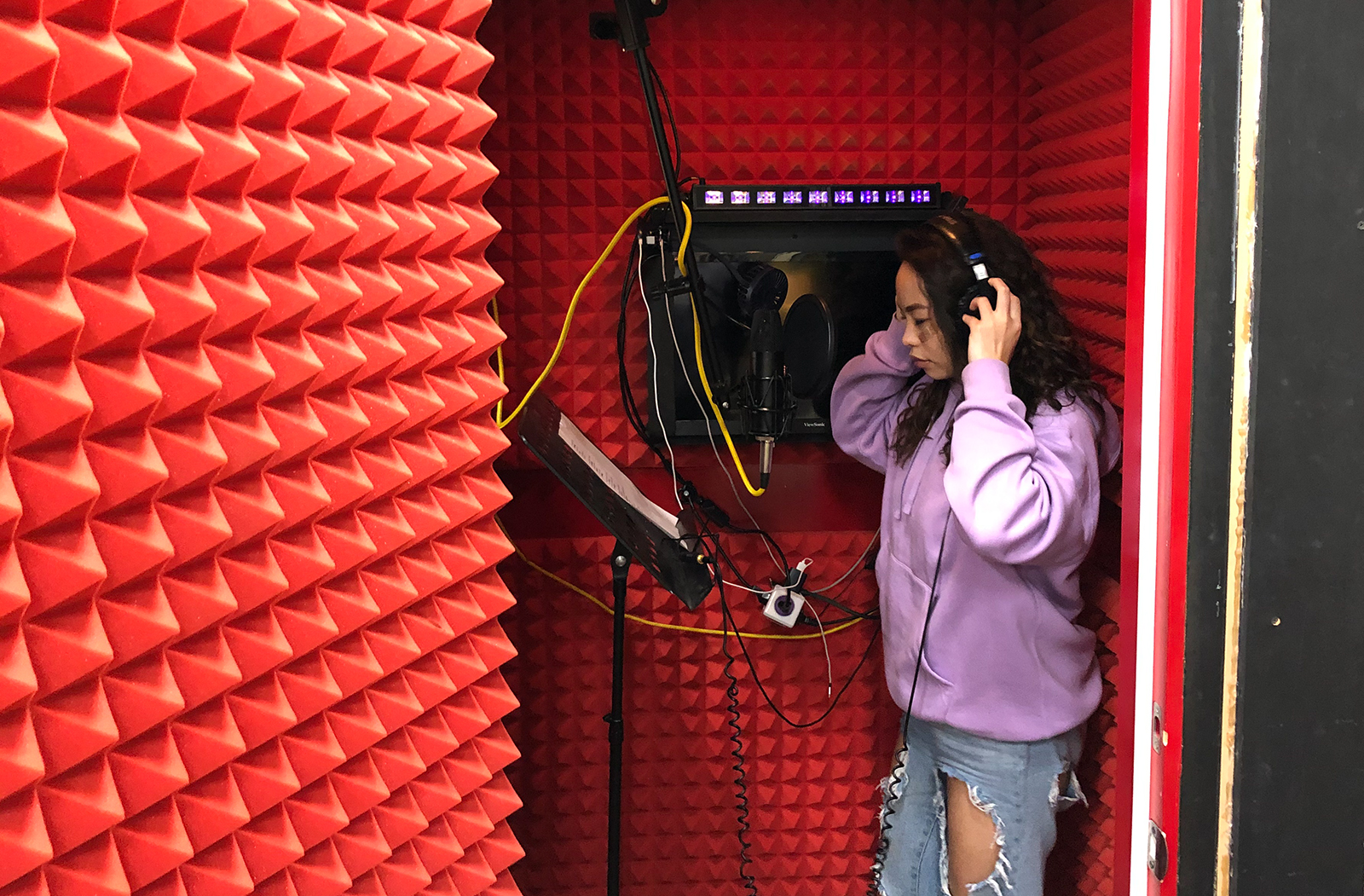 A drag queen rips out her own heart in a climactic sequence of “The Gay Mafia.”

The bedazzled heart is only one of many extreme moments in the fantastical West Hollywood world of his production, said Michael Yip, director and writer of the film.

Filming this December, “The Gay Mafia” is Yip’s brainchild and directoral debut after a previous career in fashion and design. A UCLA extension student receiving a certificate in directing and cinematography, Yip said the film’s themes and stylistic elements wholly reflect his passions, as “The Gay Mafia” tells a story of self-acceptance and theatrics. The film, featuring various LGBTQ+ characters, isn’t afraid to go over the top, Yip said; he integrates both musical moments and an undercurrent of mafioso danger into his 15-minute short.

“I think it’s really important for newer filmmakers to be authentic to yourself, to the extreme, where no one can do what you’re doing,” Yip said.

His film recounts the satirical story of Will, an accountant for the fictional Gay Mafia that protects the LGBTQ+ community of Los Angeles. Will finds himself in trouble with the mafia leaders after he fails one of his missions: to break up singer Adele and her husband in the name of provoking new, melodramatic songs.

Yip said the idea for his film originated in the lack of queer representation in certain film genres, and he wanted to feature a diverse group of LGBTQ+ characters. Infusing masqueradelike fashion and saturated colors, such as bright pinks and reds, helped him stylize his own version of a mob film, inspired by classics like “The Godfather,” he said.

“I feel, as a gay man, I want to watch things that are campy and weird but a lot of the times, these genres don’t really embrace the LGBT community, especially things that are more heteronormative or masculine, like action movies and horror,” Yip said.

Producer and UCLA extension student Cheryl Su said Yip’s script featured musical sequences alongside satirical dialogue, inspiring moments of levity. For example, the peril Will finds himself in features a scene in which the protagonist is tortured by the prospect of red Crocs, Yip said, playing off the stereotype of the brand as a fashion faux pas. Examining stereotypes through the lens of campiness was important to the narrative, he said as the absurdist world serves as a backdrop for Will’s own self-development.

Yip said he wrote the character of Will as a self-described psychopath, a man trying to find his place not only in society, but in the microworld of the gay mafia. Will’s personality disorder ostracizes him, which is an analogy for the pervasive sense of shame that society places upon LGBTQ+ individuals, even within the gay community itself, Yip said.

As three other characters – mafia leaders – play a significant role in Will’s voyage to self-expression, each character performs a song in a different musical genre, Yip said. Will accepts his psychopathic nature through a performance of a “Disney princess” soaring ballad. Niang Niang – portrayed in the film by professional drag performer Jeffrey Liang or ‘Miss Shu Mai’ – demonstrates her love for Will through Asian pop, and the character’s singing voice is dubbed over by a woman singing in Mandarin, Yip said.

The musical sequences such as Niang Niang’s, Yip said, are strongly influenced by fashion campaigns and the colorful photography of David LaChapelle. Yip said the production is going to maintain a sense of artifice when staging the songs, angling chairs towards the camera and thus referencing the emotion and passion of live performance.

“(Drag queens) put on drag for art, for performance and 99.9% of the time, they’re lip-syncing to a female singer,” Yip said. “I love that aspect of being able to mix masculine and feminine traits together … and I really want to try to honor drag as an art form.”

Alumnus Alexander Kosztowny, the costume designer for Niang Niang’s dress, said his inspiration for the drag outfit came from Yip’s “camp” suggestion, but he avoided going in a comical direction. As a designer for professional drag queens in Los Angeles, Kosztowny said he brought drama to the red, avant-garde piece through a form-fitting, shimmering base piece and an outer, flowing silhouette.

“It’s almost like an interactive garment,” Kosztowny said. “The character and the dress that she is going to be wearing are going to be interacting together, playing together almost in a choreography.”

With Niang Niang being an LGBTQ+ person of color and a character called Tur-Quoise depicting the nonbinary community, Su said “The Gay Mafia”‘s exploration of representation extends beyond the cast. Just as the film tells Will’s story of self-acceptance and kinship, the film’s crew also features many individuals who are part of the LGBTQ+ community, she said. The film’s theme of embracing your own authenticity will hopefully resonate with viewers, Su said, as it did with the actors and crew.

“You should always find a way to accept yourself and to accept yourself truly,” Su said. “In this world, we’re judged by everyone and it’s really hard to love yourself sometimes, but there is always a way for us to find some part of us that you feel pretty and beautiful.”