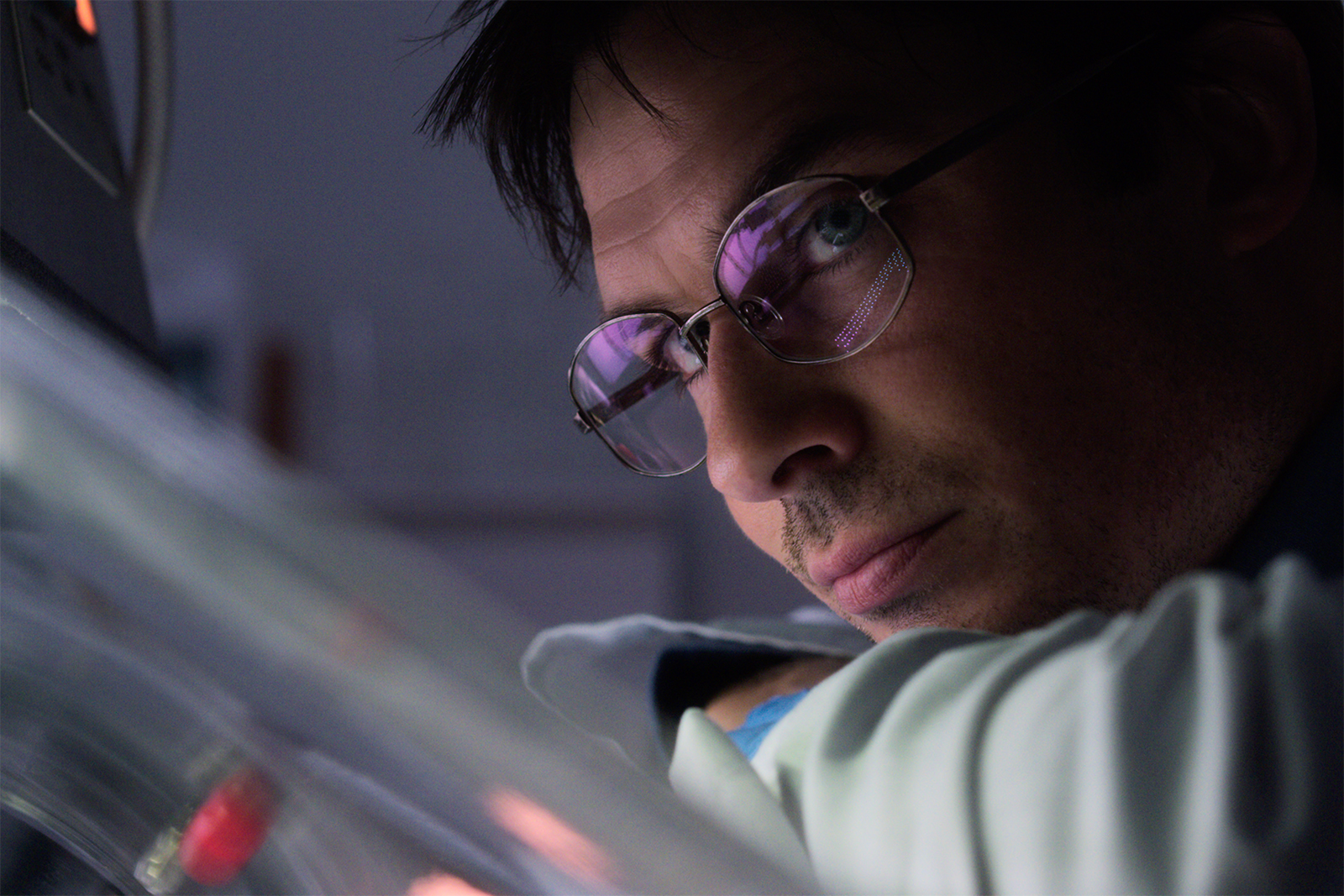 Ian Somerhalder is back in the world of vampires to provide adventure, passion and even a little danger.

But instead of reprising his past role as Damon Salvatore from “The Vampire Diaries,” Somerhalder will star as Dr. Luther Swann in Netflix’s newest show, “V Wars.” Set to premiere Thursday, the production is based on a comic of the same title written by Jonathan Maberry in which Swann is pitted against his best friend in a zombie apocalypse-esque setting as a new disease threatens to transform its victims into vampires. But despite the show’s fantasy paired with science fiction, Somerhalder said he connected to his character on a personal level since he dreamed of being a scientist as a child.

Somerhalder spoke with the Daily Bruin’s Paige Hua about his television career, how “V Wars” taught him to be a better father and balancing multiple roles when creating the show.

Daily Bruin: Did your previous experience playing Damon Salvatore from “The Vampire Diaries” help you to get into your character of Luther Swann?

Ian Somerhalder: (“V Wars”) was the first role I’ve ever played as a parent, and it really drastically changed my perspective and my understanding of what it meant to be a dad after playing (Damon Salvatore) on “The Vampire Diaries” for eight years, the snarky, funny, sexy, kind of crazy guy – people loved him because he had a heart and a certain vulnerability to him.

When I left “The Vampire Diaries,” I wanted to play a character who was a superhero. But (Swann’s) superpower is just being a good dad. His superpowers were being an amazing scientist and a devoted husband. Because to me, great dads, great husbands and great scientists are superheroes. I felt this cool kinship with Swann.

I just wanted to play a normal guy. He wears golf slacks to the lab because they’re comfortable. He goes for runs with in the morning in his Patagonia (jacket) drinking single-origin coffee. But one thing we realized was that people don’t want an ordinary hero, they want an extraordinary hero. There’s a real metamorphosis that happens with Swann.

DB: You’ve played many different roles behind the scenes, from actor to producer to director. What was that experience like?

IS: It was really a phenomenal journey and an immense amount of work. It’s one of those things that I think that if anyone really knew the amount of energy that went into producing even a 35-, 45-minute television episode, they would be much gentler in their criticism. I’m so grateful that I learned and took all of these skill sets from “The Vampire Diaries” that I could utilize in “V Wars” with the help of my producing partners and fellow storytellers.

We are sitting on a gold mine of (intellectual property). Jonathan Maberry had five books plus a graphic novel (that) served as not just as a visual reference, but a story character reference, too. As a producer, we got to open up this fast and rapidly changing world. And it’s different from “The Vampire Diaries” – it’s not fantasy, it’s more grounded in science and medicine.

There (are) some really dynamic, awesome characters, but (at) the end of the day, movies are 30% character, 70% plot. You’ve got a small amount of time to move a lot of information. Television is 70% character and 30% plot. We have to build these characters. In “The Vampire Diaries,” it wasn’t the vampires that kept people, it was the characters.

[Related: Q&A: Randall Park reflects on how his time at UCLA shaped his career in acting, writing]

DB: Did your beliefs as an environmental activist play into the show or influence how you approached the project?

IS: I wanted to be a scientist when I was a kid. Now, I get to work with some of the greatest scientists in the world. Being able to be this scientist was such a fun (experience), even if it was under some really intense parameters. It was amazing to suit up in a lab coat and spend some time behind a microscope.

Being able to play a grounded character – he’s a nice guy, but he’s a nerd. And secretly, underneath this facade of vampires that are clad head-to-toe in John Varvatos, I am a nerd.

For the last 15 months of my life, every second has been about “V Wars.” I’ve been really creating this character and story, and it’s an incredible journey. This is why I want people to see it. I gave my heart and soul into this show. I worked so much that I ended up in the hospital. It means a great deal to me to get people to see it and also to open up this world to season two.