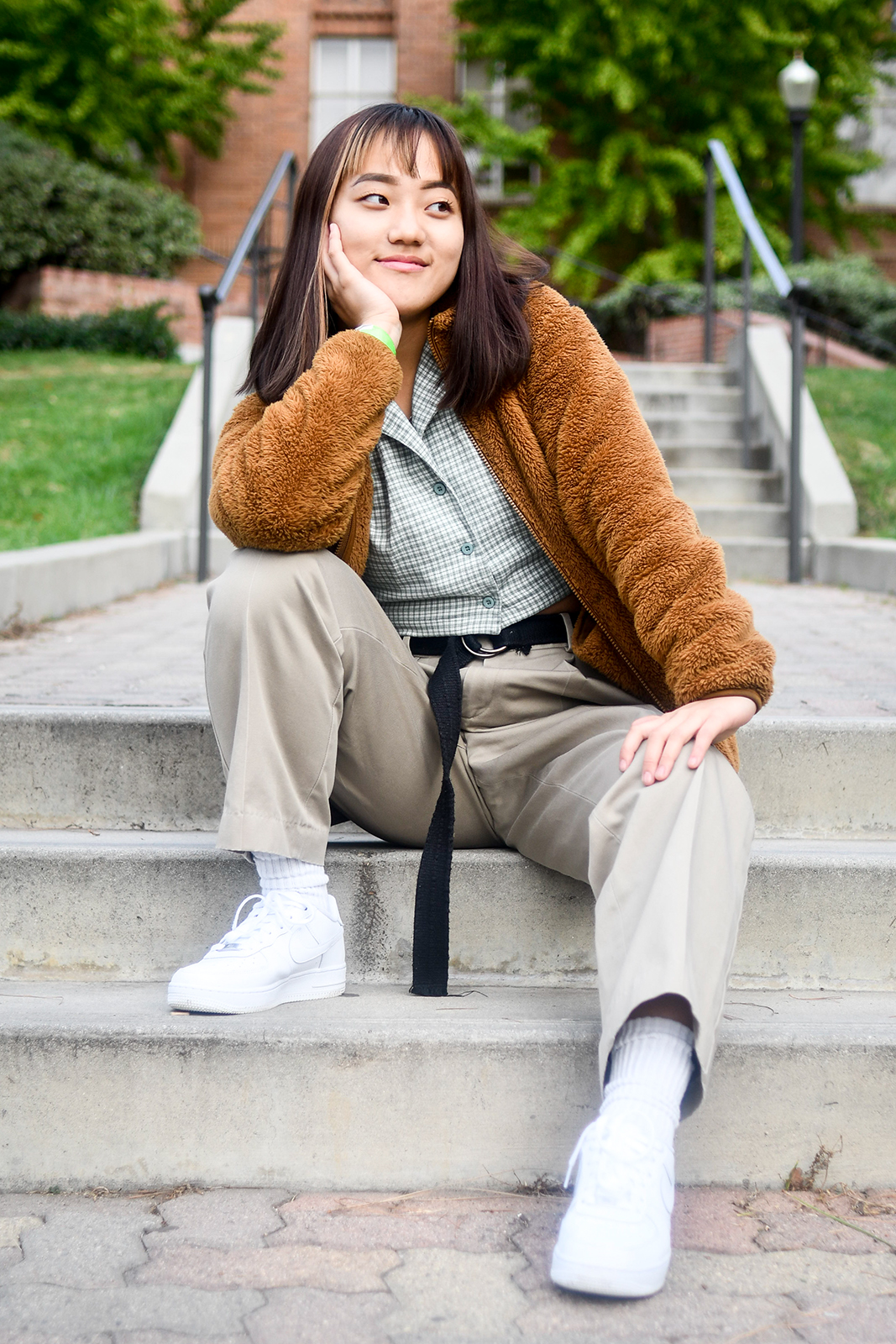 The first-year biochemistry student started her YouTube channel three years ago as a way to record her life. Min’s mother gifted her a Canon PowerShot G7 X Mark II camera one year for Christmas, and in Min’s free time, she decided to document special events, beauty routines and her days for YouTube. She currently gains about 140 subscribers every week and is just shy of 800,000 views on her channel, which Min said is due to the overall popularity of college-based videos.

“My videos are fun, chill and a little quirky,” Min said. “I like to keep it very friendly and casual. I do vlogs and some sit-down videos, so I am just casually recording what I do on a daily basis.”

Originally creating her channel to preserve her favorite moments and compensate for her bad memory, Min said she decides the day of if she wants to record her day. She initially posted whatever she wanted, such as daytrip vlogs and monthly recaps, and was more nervous about speaking to a camera than the actual process of uploading content.

But when she posted a video eight months ago documenting her college acceptance reactions that gained over half a million views, she said her YouTube channel began to blow up. She said she was nervous as her view count increased because of the need to please her growing audience, as she is currently gaining around 1,800 new views per day.

“In the beginning, it was so exciting and crazy because it was the first time I was getting a good amount of views,” Min said. “I was so proud that the one video that I really wanted to be successful actually did well, and a lot of people liked it.”

As her viewership increased, Min said she felt more confident in her work, and she applied to get her channel monetized. There is a minimum of 1,000 subscribers needed before the process can even begin – Min said she struggled before having her YouTube presence kick-started by her viral video. Once YouTube accepted her channel, the company put advertisements on her videos and started sending her monthly ad revenue checks, Min said.

But Min said she is not concerned with the monetary aspect of YouTube – while it is a nice bonus, she said her focus is on uploading more consistently. As her college-based videos garnered the most attention, she said she plans to film more videos about her college life in the future. Min said balancing her schoolwork and a regular posting schedule has proven to be a challenge, but next quarter, she will be taking more time to film videos and vlog her experiences, especially on the topic of UCLA.

“I’m very spontaneous. If I am going somewhere with my friends for fun, I will grab my camera. I decide the day of if I want to record,” Min said. “I don’t plan my videos. I just record my day.”

Featured in many of Min’s high school vlogs is her friend Chloe Kim, who said Min’s lighthearted aesthetic expressed through her comfort behind the camera in her videos is an extension of her friendliness. Though it is strange to know other people are watching their lives, she loves being able to look back and remember the fun memories they shared, Kim said.

It is not her YouTube personality alone that garners all of Min’s success, as she said it takes longer than one would think to edit her videos. She has to watch many clips over and over to know which ones to include, then go in and add music and titles. Min said that a 15-minute video takes around 20 hours to edit over the course of a few days.

As for filming, since most of her videos are vlogs about her day-to-day life, she doesn’t have to take time out of her day to film. Min’s high school friend Caitlyn Cortes said Min’s upbeat and playful personality is the exact same on and off camera, which creates a more personal connection with her viewers and also allows her to be more comfortable speaking to a camera. Cortes is featured in Min’s vlog about getting ready for prom and said she was not surprised when Min’s channel got the attention that it did.

“She does spend a lot of time on her YouTube channel. She’s always in the library editing her videos,” Cortes said. “It’s a good side hustle for her and she will be posting more once she adjusts to college.”

Throughout her high school experience and transition to Los Angeles, YouTube has acted as a casual time capsule for her, Min said. She gets to capture her favorite moments, share them with those who support her and is even recognized on campus by other students.

“Being able to look back on my memories, especially my high school vlogs and coming to college, … it’s a nice outlet to reminisce about the past and cute memories,” Min said. “It’s such a nice way to put all of my memories together in a cute way that is very entertaining.”