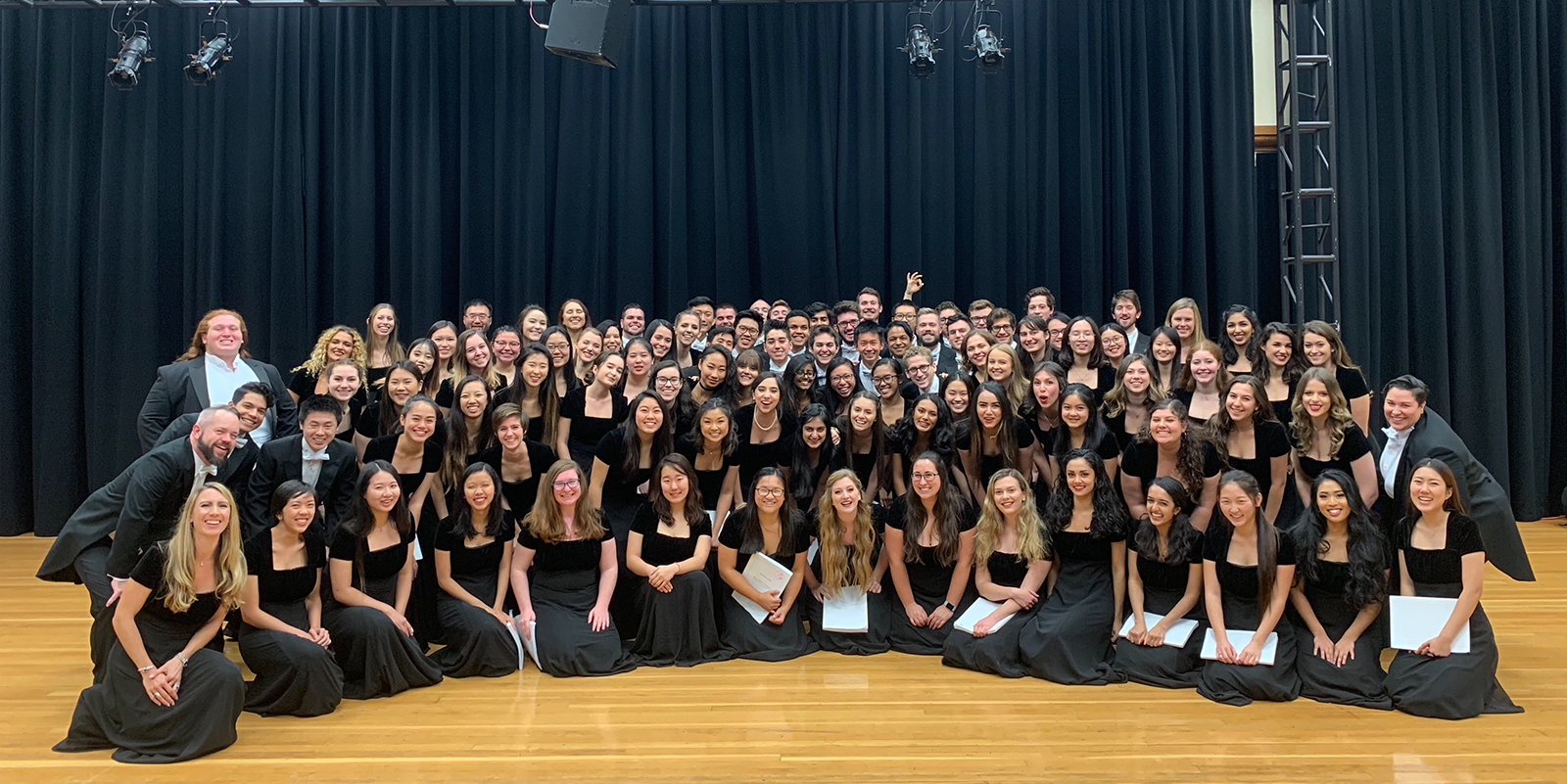 The Chamber Singers and the Chorale choirs will perform holiday songs from multiple cultures, countries and faiths to provide diverse cultural selections. In doing so, the concert reflects the melting pot of Los Angeles, said UCLA director of choral studies James Bass. (Courtesy of Brian Runt)

"On Winters Night: Choral sounds of the holiday season"

Medieval Latin hymns may not exude Christmas cheer for some, but UCLA’s director of choral studies, James Bass, still feels the holiday spirit.

Bass will lead both the Chamber Singers and the Chorale choirs for a holiday concert in St. Paul the Apostle Church on Monday. Instead of curating a Christmas concert with only carols, Bass said he added songs from multiple languages, countries and faiths to expand the performance’s cultural inclusivity and musical range. Broadening the repertoire of holiday music with Jewish, Armenian and other cultural selections better serves Los Angeles’ melting pot community, he said.

“There will be sacred Christian music, secular holiday music and music from other traditions, all on the same program,” Bass said. “The entire vision of the concert, so to speak, is just to illuminate the idea for the holiday (that) we’re hoping for peace.”

[Related: Movie review: ‘Last Christmas’ is worth giving your heart away to this holiday season]

As a novice to many of these multicultural and non-English songs, Mario Arias, a fourth-year music performance student and member of the Chamber Singers, said preparing for the show exposed him to a new interpretation of holiday music. Arias said many of the show’s Latin and Jewish songs have a slower, more contemplative beat that starkly contrasts the cheerful rhythm typically associated with classic Christmas carols.

Even though these songs may not be as upbeat as “Deck the Halls,” Arias said their calming melodies and minimalist instrumentation add variety in how the concert represents holiday themes.

“We’re used to hearing the very normal melodic lines that contribute to basically all Christmas music, but then you listen to these pieces outside that realm and they sound just completely different,” Arias said. “It all still speaks about hope and peace and love, but just in their own sense.”

While the addition of such songs enriches the experience, Bass said the singers have to learn different vocalization styles and techniques. Graduate choral conducting student Desiree Balfour said drifting between languages and cultural styles can affect the emphasis of consonants and the level of vibrato needed for each song. In the medieval song “Karitas,” for example, Bass said male singers trained to coordinate their breathing through hand signals in order to collectively hold a long, continuous note.

“There are specific styles for the Latin music (in which) you shouldn’t belt out on this line, … something that you’re used to when singing Christmas music,” Arias said. “So I have had to find myself adjusting to the Latin pieces, and it’s a big contrast from singing Christmas jingles.”

In order to accentuate the diverse holiday program, the performance will be held in a Westwood church in which the acoustics and visual design embolden the array of musical styles and themes. Bass said the choirs rarely perform in churches, but the decadent aesthetics and option for candlelight create an immersive experience for audiences.

Balfour said the church’s walls offer great reverb, which is essential for creating the robust sound of a holiday concert. The church is also large enough to accommodate movement, which encouraged the choirs to utilize the space by singing from different positions in the room and even surrounding the audience during the concert to further boost the immersive experience.

“You absolutely have to have the right reverb, or acoustic, for that to work and so much of the reason this venue was selected was the audience’s experience,” Bass said. “They are getting the most beautiful sound and visual image.”

With nearly 170 singers from different communities and majors, the holiday program reflects the diversity evident in the ensemble, Bass said. Despite the great variation in melodies and languages of the songs, Arias said their common themes of peace and love unify the program through holiday spirit.

“It’s a nice breath of fresh air to have a holiday concert that has those beautiful little Christmas tunes that you recognize, but also has other text that doesn’t have to relate to a Christian faith,” Arias said. “That gives you the sense of peace and hopefulness; that is the message of Christmas and the holidays as well.”